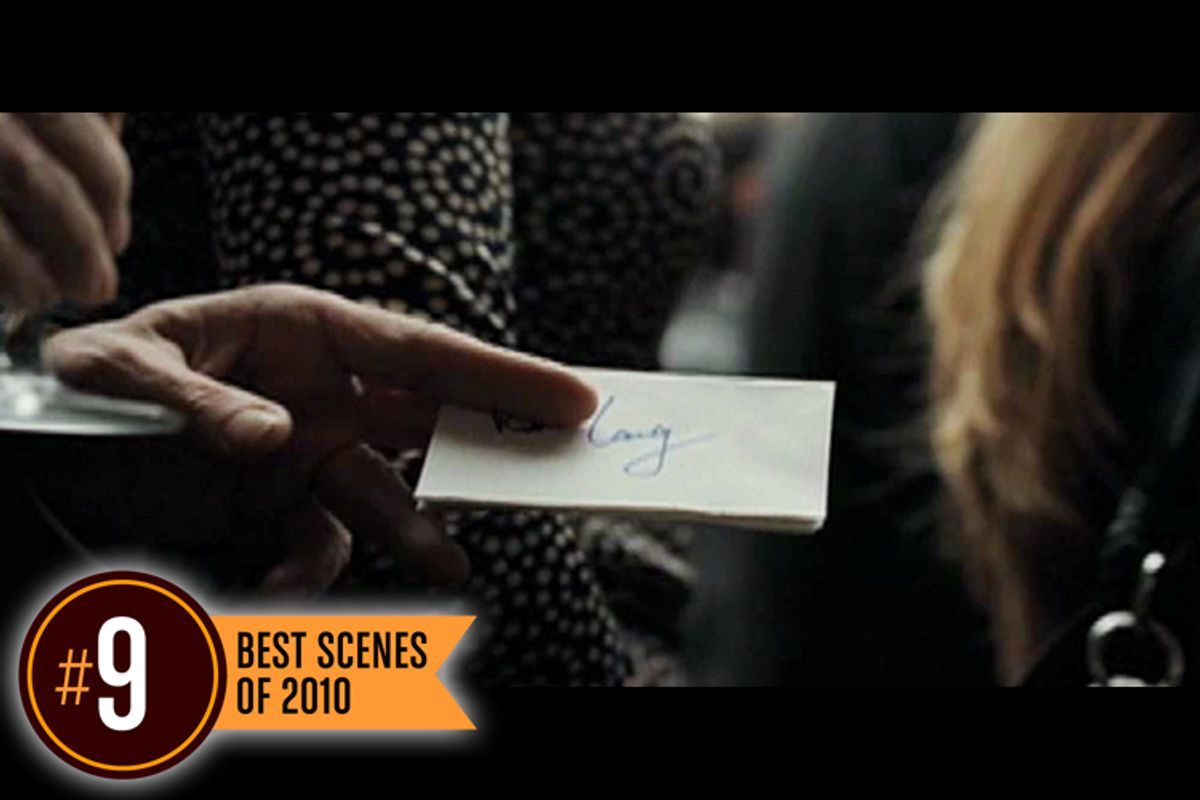 Roman Polanski is an economical director, and "The Ghost Writer" is one of his most economical films. This story of an unnamed man (Ewan McGregor) hired to ghostwrite the memoirs of a former British prime minister (Pierce Brosnan) never makes a move without reason and never holds a shot -- or pauses after a line -- a millisecond longer than it needs to. You can see it in the scene we're examining here: The film's widely celebrated ending, which wraps up two hours' worth of plot in just four shots.

"The Ghost Writer" is an example of a vanishing type of film direction rooted in the values of classical (pre-TV) Hollywood. Although Polanski didn't make his first feature until 1962 ("A Knife in the Water"), he has done most of his work in that tradition. The subject matter of his movies is often disturbing -- jealousy, insanity, conspiracy, the triumphs of chaos and evil -- but his style is usually conservative, with a touch of elegance. He doesn't cover action with two or three or 10 cameras to produce enough usable footage to create the illusion of comprehensiveness. Polanski more often tries to plan and shoot action from one, maybe two angles, and he doesn't cut to a new angle unless he can get a better result than by staying where he is. Polanski's screenwriting sensibility is just as exact -- a point vividly demonstrated on "The Ghost Writer," which Polanski co-adapted with Robert Harris, from Harris' novel. The filmmaker doles out words the way he doles out shots: sparingly, never giving the viewers more than is necessary to keep them on the hook and waiting for the next revelation. This is a nearly perfect entertainment, never more so than in its final few minutes.