This fly-on-the-wall, abstract French documentary shows music and filmmaking in their rawest form 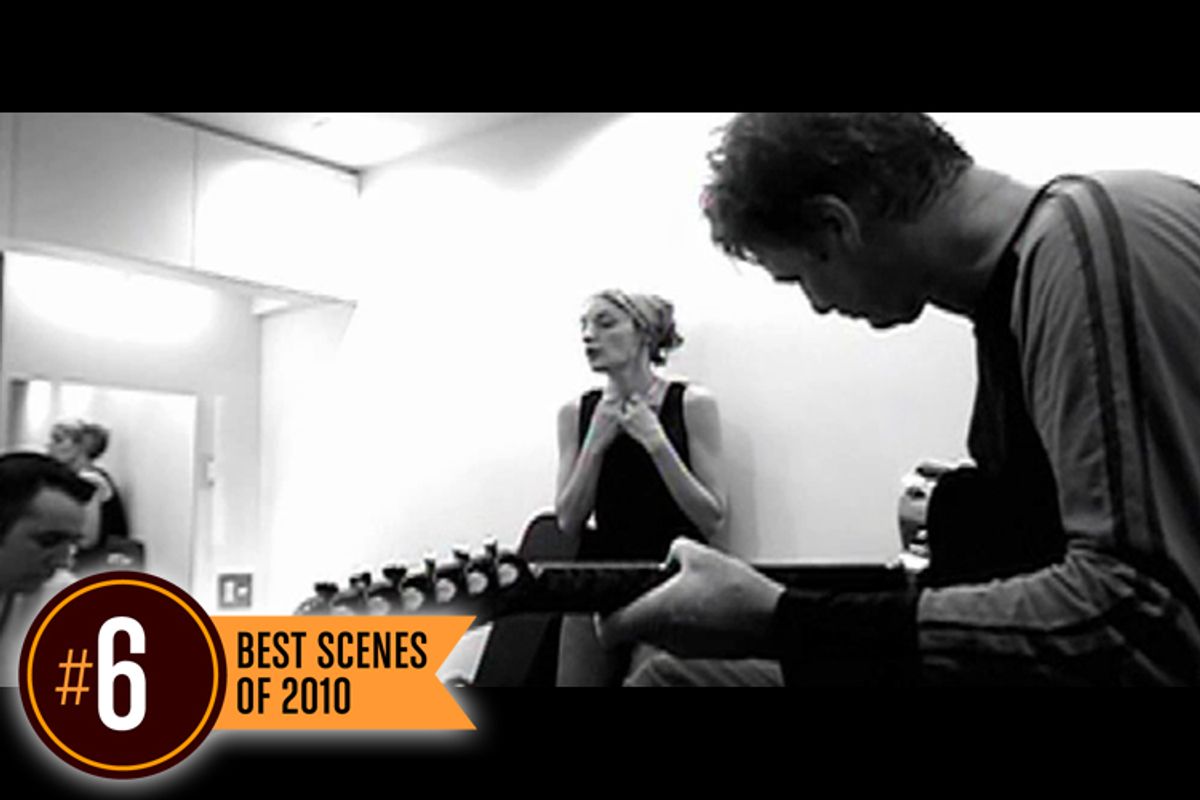 Here is what you need to know about this scene:

1. It comes from a black-and-white 2005 documentary about French singer-actress Jeanne Balibar that finally got a U.S. theatrical release this year.

2. The movie is all about musicians reacting to each other in the moment and making art through collaboration. It has zero interest in telling you about the life of Balibar, her past work, her acting gigs, her parenting, etc. Its attitude seems to be "If you want to learn about this woman's history, look it up online, and if you want to get acquainted with her discography, download it. We're interested in other things." Watching the film is like being able to stand in the same room with Balibar for five to 10 minutes at a time. It's a fly-on-the-wall movie, pure and simple.

3. The movie's laserlike focus is expressed in its shooting style. Director Pedro Costa ("In Vanda's Room") picks an angle and stays on it for minutes at a time. The entire film has perhaps three dozen shots. Most are impeccably composed and lit like something out of a film noir dream. The only exception is the film's very last shot, which happens to be the one we're watching here.