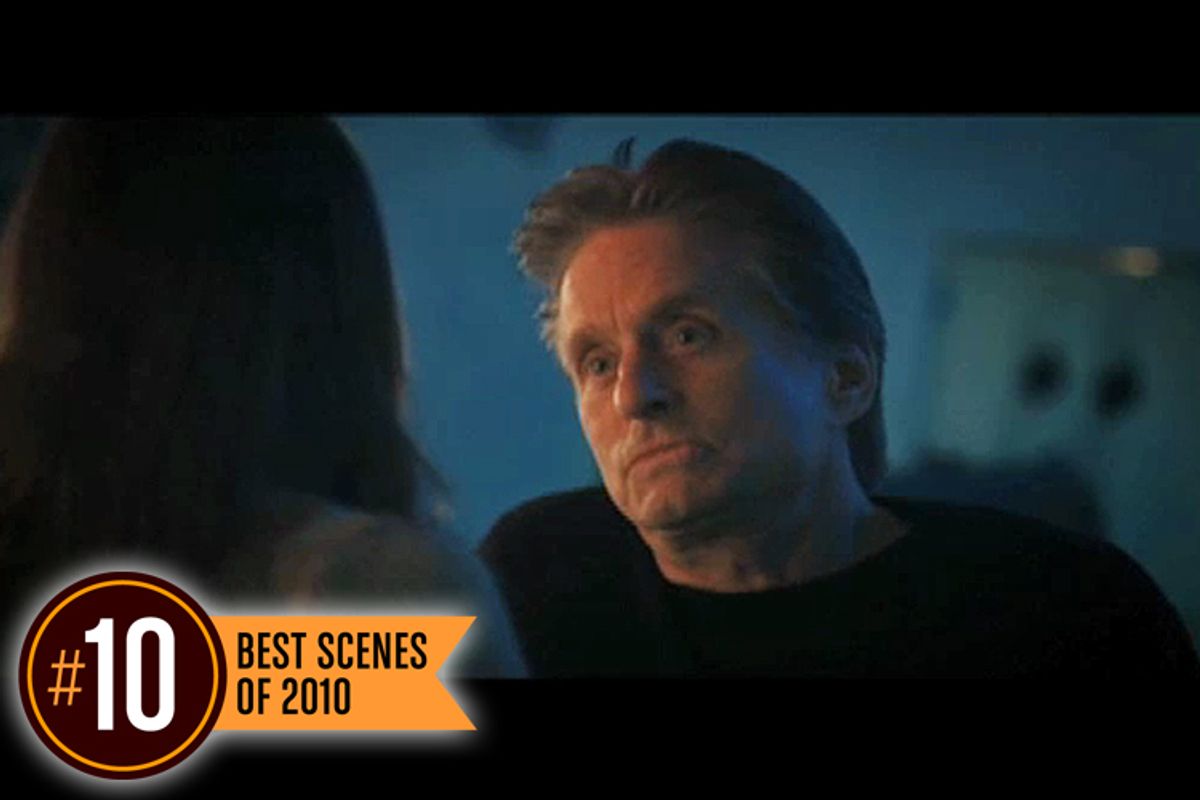 The vast majority of movies stick to the commercial narrative template: a three-act story following a small number of heroes (preferably just one) through a series of events that lead to a potentially life-changing decision. Such a film might demonstrate mastery in every important area -- direction, writing, performance, image, sound, music -- then end up a victim of its own modesty at year's end, largely forgotten by critics and viewers who understandably gravitated toward showier or more innovative films.

"Solitary Man" is that kind of movie. It's being singled out here partly on its merits (which are considerable) and partly because it exemplifies the kind of invisible excellence that ought to be common in commercial cinema but isn't. Written by Brian Koppleman, and directed by Koppleman and David Levien, it's the bittersweet tale of Ben Kalmen, a onetime used car magnate and compulsive womanizer stumbling through the wreckage of his life. Casting Michael Douglas as Ben was arguably the filmmakers' masterstroke; the character invokes every clever, self-centered, hard-living horndog Douglas has ever played in his career.

The scene showcased here is from the film's final act, which unfolds in a college town Ben visited earlier while escorting a girlfriend's teenage daughter on a campus tour. Here, as elsewhere in the picture, the filmmakers shoot and edit the action in a way that suggests Ben's deteriorating confidence without being ostentatiously clever about it; it's all about the content of the scene, yet the film is never dull; every scene is shaped and every moment has zip.