One final look back at our own work, and what we liked best 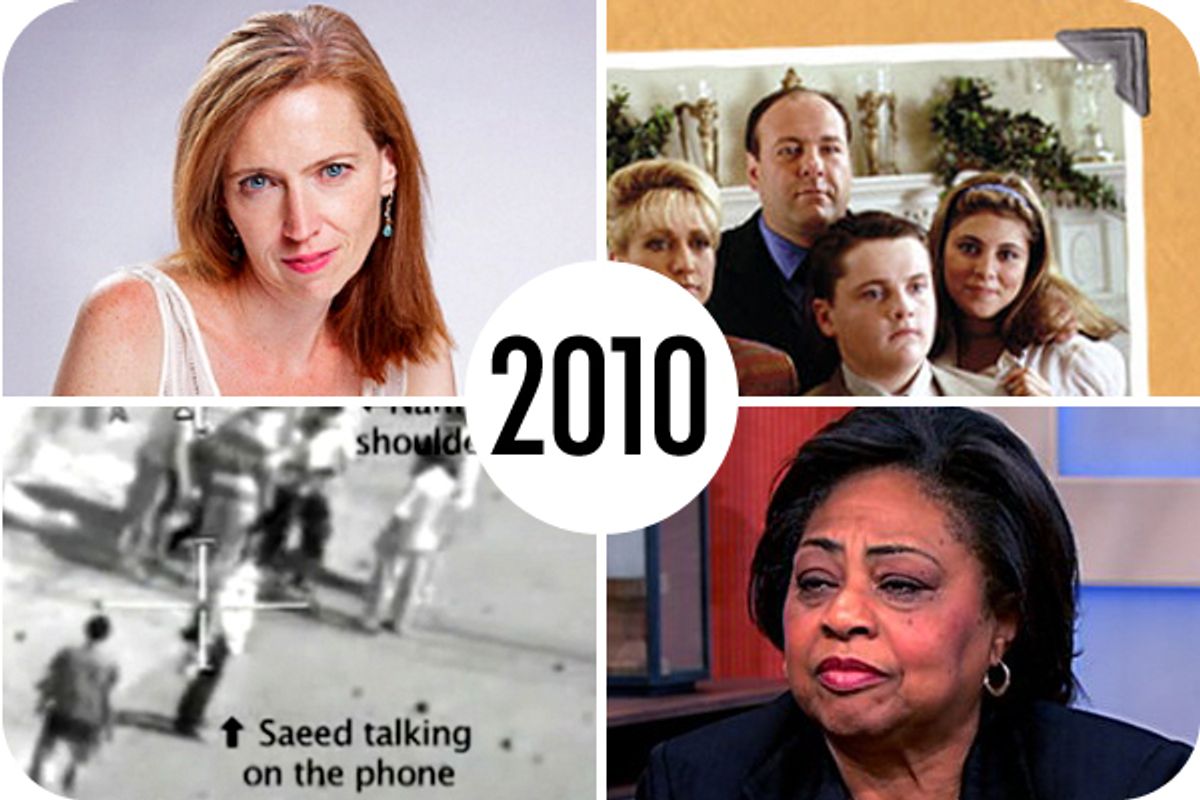 Don't worry — the tsunami of Best Of lists is almost over. I think we're all looking forward to the fresh mystery of the new year. And right now, our necks ache from looking back so much; we're particularly sick of the forced remembering of Christine O'Donnell and the Trololo guy. To the annals of footnoted history, we banish ye!

But we did want to highlight the pieces in Salon that — through an unscientific staff poll — we decided we liked the best this year. None of these should be a huge surprise to Salon readers; they were all big hits with you, too. From Glenn Greenwald's incisive exploration of WikiLeaks, to Mary Elizabeth Williams' gripping accounts of her cancer diagnosis and treatment, our favorite stories this year run a familiar Salon gamut of world-changing importance to the expressly, meaningfully personal.

And with no more fanfare than that, in chronological order, our 10 staff favorites:

And 10 more honorable mentions: David Rakoff's wonderfully moving "Made" essay on his distinct craft; Andrew O'Hehir's vivid takedowns of "Secretariat" and "Sex and the City 2"; mighty intern Emma Mustich's gotcha on Sarah Palin's desecration of the flag; our inside scoop on the biggest Oscar story of the year; Tracy Clark-Flory's wonderful, moving piece about her mother and Christmas; Glenn Greenwald's searing look at how Americans have been trained to think about Afghanistan; Francis Lam's first time killing a chicken and his illuminating history lesson on General Tso's chicken; and on Open Salon, Nelle Engoron's intensely thought-out coverage of "Mad Men."