Who knew auto-correct could wreak so much havoc on one happy family? 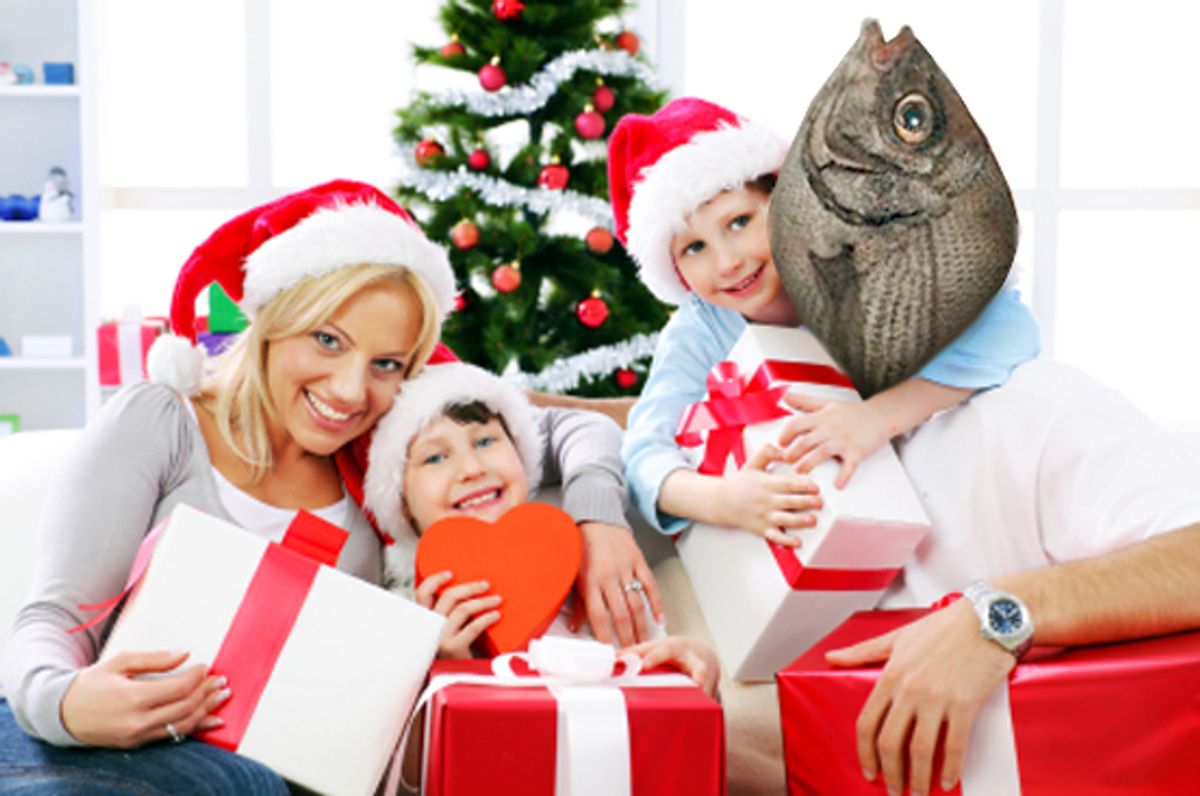 Happy New Year to all friends and Dwyers out there in Dwyerland! Sorry to start off a bright and shiny new 2011 on the wrong foot, but its come to our attention that our annual Dwyer Christmas newsletter sent out last month contained a couple of humiliating misprints. For those of you returning from extended vacation and who have not yet read your back mail, we ask you PLEASE! do not continue reading. Instead open the attached file with the amended Dwyer Christmas newsletter.

First, to those who loyally read each of our bulletins over the holidays, we would like to apologize and address all those errors now which have created some harsh feelings and cringeworthy moments among many loved ones. Auto Correct has somehow been sabotaging the Dwyer household, mocking cherished memories from 2010. What should have been a proud moment for Dan and I, Garrett's acceptance to our alma mater, "... he will be attending Grambling in the fall," somehow printed out as "intending to get another giraffe in the fall." We wrote you that "Garrett had a terrific time this summer" but you read he was "stuck in traffic this summer." To clarify, it IS however true Garrett meet a nice Jewish girl. That was not a typo.

While each Dwyer wrote their own personal section, that darn computer did not show mercy to anyone. It was certainly true Missy had an exciting, fulfilling summer but not for the reasons given in the newsletter. Missy did not mean to say, "This year I didn't spend as much time at the tennis club due to being so busty." Missy is very busy, not busty. And she meant to say, "What I did over my summer vacation," not "What I had done over my summer vacation." Under the photo where it said, "A Dwyer gets a new nose, and tits!" the caption should have read, "A Dwyer gets a new dog, a shih tzu!" These years are awkward enough for her without Auto Correct lending a hand. There are far too many mistakes to itemize each, needless to say, rumors of what work Missy has had done are just that—rumors. Regrettably, the rumors of her break-up with Jason over New Year's are not. Consider this an official relationship update and one that is amended in the revised newsletter enclosed. Our Missy is so traumatized by this unexpected news, and our Christmas newsletter, that she has been staying with her BFF, Sherry, and is not speaking to me but we will provide an update as that status changes. A copy of these amendments and apology have been forwarded to Sherry's home.

Dan asked me to address the fact that the 2010 Dwyer Christmas newsletter stated he became a fish. This was also a typo -- he is still a biotech regional manager in between jobs. He used his free time last year volunteering for a clothes drive and running in a 5K for breast cancer, not "dodging jury duty and running a five & dime bodega." It is a blessing that someone among the Dwyer clan anonymously pointed out these mistakes as it prompted us to review Dan's resume, which we found laced with discrepancies. Listing his term at Whit, Sampson & Alliance as time he spent as "a white supremacist in Alabama" may explain his prolonged job search. No wonder Dan has been "looking for work for many months," not as what we reported, "cooking on a wok for many mouths." We changed Dan's resume to state his objective was "to find a position which allowed him to take charge," instead of "a position which allowed him to take catnaps." A lesser man would have considered entering a witness protection program. We all love Dan very much and he has our full support.

Well, obviously such a problematic newsletter is a testament to how busy the Dwyer hosehold was in 2010 -- no time for proofreading here! (I also put out the office mailer and coordinate after-hour events at my job, a reason I got a raise from my boss. I say this not to brag how busy I've been or to defend my newsletter skills but because in the Dwyer Christmas newsletter I inadvertently and erroneously boosted, "I also put out in the office mail room and coordinate affairs at my job, a reason I got a rise from my boss.")

Finally, father has had an arduous year not an urinalysis ear. Please replace all instances of the word cheeseburgers with the word Asperger's in the second to last paragraph of the newsletter. Thank for your time and patience.

Bob Eckstein is a cartoonist for the New Yorker. He wrote the book "The History of the Snowman".