One hilarious, mortifying moment crystallizes the preoccupations of this black comedy about a family in seclusion 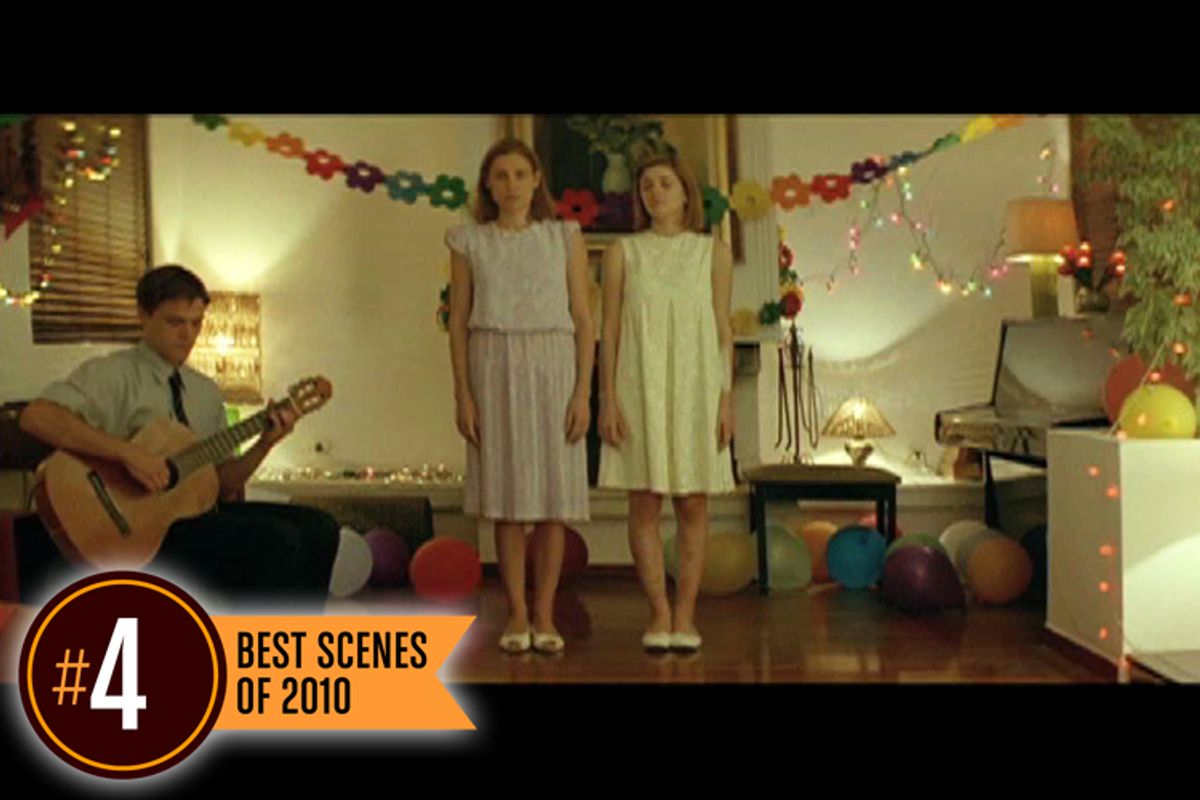 In "Dogtooth," a black comedy from Greek filmmaker Giorgos Lanthimos, a well-to-do businessman creates his own garden of Eden. He and his wife live in a secluded compound and raise their son and two daughters -- now in their 20s -- free of influence from the fallen world outside. The air starts to leak out of the bubble when the father starts bringing in women to satisfy his son's sexual urges. One of these women, a security guard, starts dallying with one of the daughters and gives her forbidden videos of "Rocky" and "Flashdance." The effect of all this becomes clear after a family dinner as the sisters dance for their parents and the brother plays guitar.

This scene distills many of the film's preoccupations into one hilarious, mortifying moment. As bits of half-assed "Flashdance" choreography find their way into the older sister's performance, we get the sense that a sacred order is being disturbed. These "corrupt" influences didn't come from the siblings or parents; they had to have come from the outside world that this family has spent its entire life trying to shut out. The young woman's ludicrous channeling of Jennifer Beals starts out funny but soon becomes hauntingly desperate. When she moves toward the camera and begins furiously running in place -- out of breath yet refusing to stop -- her suppressed sexuality and thwarted desire to break free of her family spark some sort of emotional-chemical reaction. She looks as if she's about to explode and take the whole family with her.