The annual conservative conference is catching heat over its inclusion of gay and, now, Muslim Republicans 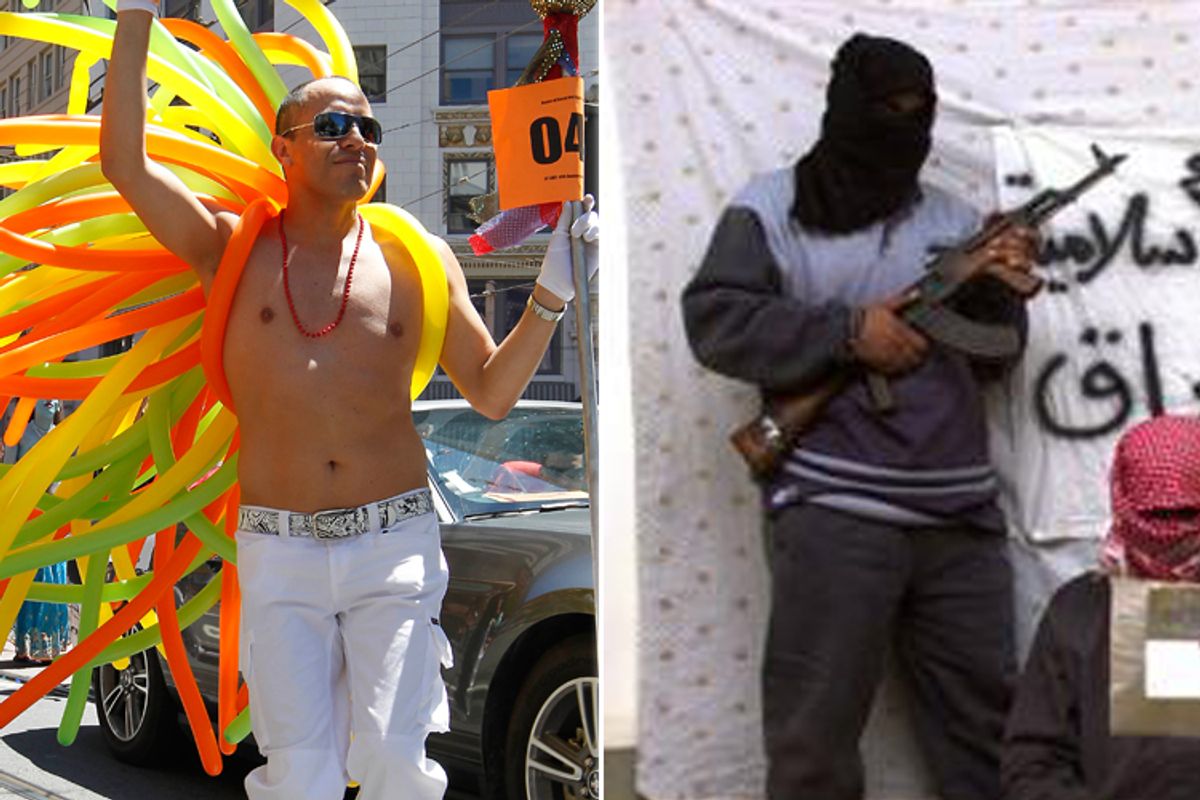 I noted last week that the annual Conservative Political Action Conference in Washington is currently the target of a boycott by social conservatives over the inclusion of the gay Republican group GOProud. Now, CPAC has angered a separate segment of the conservative movement by allowing the conservative group Muslims for America to participate.

As Politico's Ben Smith quipped, "Who knew that creeping Sharia was so gay-friendly?"

The conservative news site WorldNetDaily, which has been trumpeting the criticisms of CPAC, today quotes Center for Security Policy president Frank Gaffney charging that radical Muslims are trying to "penetrate" the conservative movement because it is "the most likely and perhaps only community in America who will stand up to and ultimately help ensure the defeat of this seditious totalitarian political program."

Gaffney has set his sights on a longtime target of his, a former Bush administration official named Suhail Khan, whom Gaffney has been writing about since at least 2003. Khan is on the board of the American Conservative Union, which puts on CPAC, and he tells Salon he is a supporter of the Muslims for America booth at the conference.

Khan, a former GOP Hill staffer who worked for the Bush administration in the Office of Public Liaison and the Department of Transportation, is now a senior fellow for Christian-Muslim Understanding at the Institute for Global Engagement, a Washington-area think tank. According to WND, Khan is linked to radicals because his "father, Mahboob Khan, leader of a large mosque in Santa Clara, Calif., had allowed Osama bin Laden's No. 2 man, Dr. Ayman al-Zawahiri, to raise money there."

In an interview with Salon today, Khan says this is nonsense. "Frank knows that many if not most of the things that he's asserting are not true. He knows that I'm not a member of the Muslim Brotherhood. He knows that my parents are not involved in anything like that. My dad died 11 years ago. He was a high-tech engineer in the Bay Area."

Khan jokes: "After 9/11 I was an al-Qaida operator in the White House. Now I'm a closet Muslim Brotherhood frontman operating in the conservative movement. Next week I'll be in the Green Party."

He believes Gaffney is motivated by three things: "It's raising money -- the guy raises a ton of money. Secondly, there is no doubt there is ... political hay to be made on this. This gives him relevance that otherwise he doesn't have. Finally, I think there is just good old-fashioned bigotry."

At this point, though, the anti-Muslim criticism of CPAC appears to be far less intense than the anti-gay boycott, which already has several large social conservatives on board. That said, the February conference is not going to be an interfaith love-fest, either. Politico reports that a panel discussion is planned on "Defining and Debating Shariah in America."