Bill Daley selection pleases no one (but DC reporters) 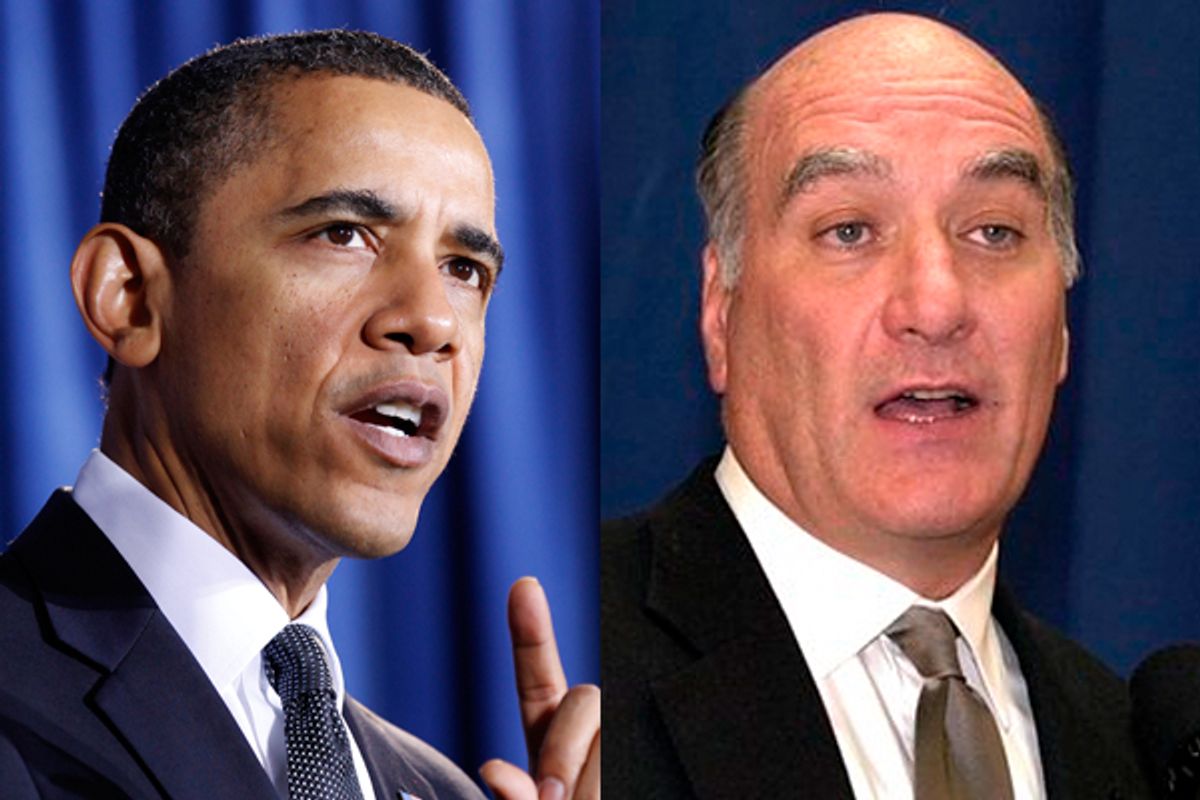 Congratulations, Barack Obama, for making yet another decision that seems almost calculated to annoy the greatest number of people while appealing to the fewest. You know who's excited about bringing William Daley on as chief of staff? Longtime Beltway reporters. This was a pick aimed at pleasing Mark Halperin, who praised Daley as a wonderful "backgrounder" on "Hardball" the other day. No one else likes it.

Do any Democrats anywhere besides the "Morning Joe" green room seriously think Obama desperately needs to repair his relationship with the financial industry? That a JPMorgan Chase executive will have some important insight that couldn't be provided by someone who didn't openly oppose the president's progressive domestic agenda over the last two years? It's like this guy was genetically engineered to be the perfect completely misguided decision that only makes perfect sense to people living in the bubble of Washington, D.C.

It won't make Republicans let up. It won't make Tea Partyers think the president isn't a socialist. This is, after all, a Daley. A member of the Chicago Machine. It's practically a gift to those who subscribe to the "thugocracy" theory of the Obama administration.

The smarter conservatives already claim -- with some evidence -- that the White House and the Democratic Party are pawns of the big banks, or that Big Government and Big Business are in a mutually beneficial corrupt relationship. (Ahem. And who would argue with this?) Picking the JPMorgan Chase exec -- who sat on Fannie Mae's board -- doesn't prove the president loves unfettered free markets, it "proves" that the elites are still enriching themselves at the expense of everyone else.

Oh, sure, the Chamber of Commerce says it's pleased. Will that stop the Chamber from doing everything in its power to defeat Barack Obama in 2012? Of course not. Now there's a Chamber-friendly hack with the president's ear but still no incentive for the Chamber to let up in electioneering against Democrats. In fact, they were just rewarded for their tireless work attacking the administration on behalf of the insurance companies.

Howard Fineman writes: "Daley is an ancestral Democrat, which means that he believes in the government's role in helping people survive and live a decent life." Well and good, except that while Daley might think that about himself, he recently -- as a representative of the banking industry -- opposed the Consumer Protection Agency. He also hasn't been anywhere near the people who need help surviving in some time,.

But I suppose we're supposed to decide that Daley's job is "actually getting things done," which Daley specializes in. (This is what were told about Rahm, too. And he did get some things done, to be fair!) But ... what are they attempting to get done by picking the guy who opposed doing anything for specious political reasons?