The mystery of the Russian baby swinging video 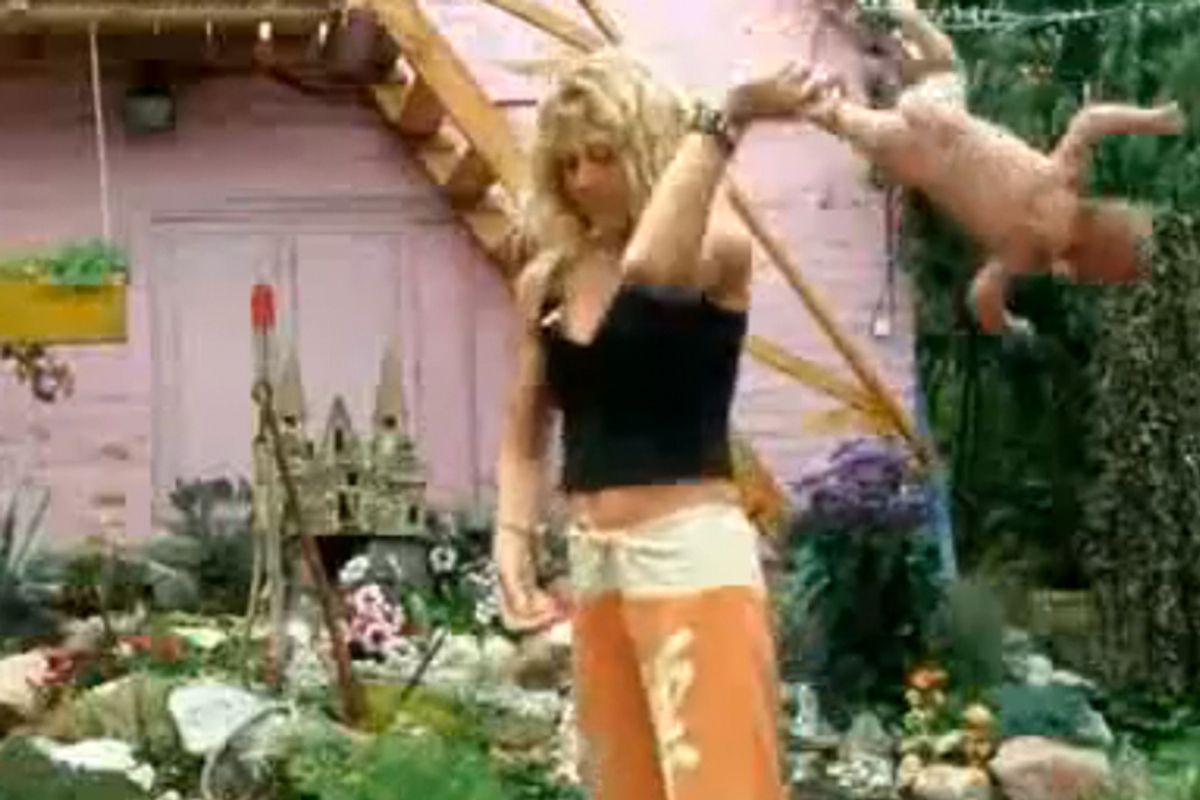 Oh my God, that cannot be real. Can it? But what if it is? Better watch it again. Oh my God.

When a clip called "Baby Yoga With Lena Fokina" featuring a lithe Russian blonde vigorously swinging around a tiny infant for an excruciating five and a half minutes surfaced earlier this week, the Internet promptly went agog. Suddenly the smoking toddler thing doesn't seem so bad, now, does it?

Because of the combination of our general societal aversion to child abuse in the form of baby swinging and the ease with which a video can be faked, the clip has provoked an inevitable array of differing -- and strong -- reactions. YouTuber comments have ranged from "This woman needs to have her life ended immediately and her children taken away" to "This has to be faked, I can't accept this being real."  The Daily Mail pondered, "Is it genuine?" while ParentDish moaned, "We hope it's fake."

There are certainly cases to be made for both authenticity and simulation. On the one hand, a little savvy manipulation can make it seem like a man is rocketing into a kiddie pool  -- or even swinging around a helpless toddler.

On the other hand, there are certainly places in the world where babies are not treated like tiny, incredibly fragile life forms. In 2009, the Associated Press reported on a harrowing ceremony involving tossing infants into a sheet -- from the roof of a mosque. Closer to home, two years ago a Georgia teen was arrested after posting a video of "how to make a baby fly" by launching the child off an inflatable pillow like a catapult. And if you want to see a Russian circus dad swinging around a real -- albeit older -- baby, that is out there.

As someone who's never whipped around her own or anyone else's infants, I can't assess the veracity of the video or what would really happen if one spent five and a half minutes putting way too much bounce in a baby. Frankly, I think the infant looks strangely rubbery and animatronic, but then again, maybe I have to tell myself it isn't real so I don't have nightmares. I'm still not recovered from the great baby-swinging video outrage of 2008, when a clip of a man doing similar moves with a seemingly no-worse-for-wear tot sparked a frenzy.

Since the new clip surfaced, Gawker has unearthed other video of the mysterious Lena apparently engaged in her baby-swinging pastime. Their existence only leads to more questions. If the clips are fake, what in the hell is the point of them? To blow random minds on the Internet? And if they're real footage of what a Russian site describes as a practice "to help mother and baby get to know each other, enjoy the interaction ... and get positive emotions," holy crap, that's the most messed up thing ever. What's nearly as disturbing as the images themselves is that we'll likely never know for sure what's really going on. And both the bizarre spectacle and the strong reactions it provokes show that on the Internet, there are some who will believe anything they see, some who believe nothing, and too many of us who will always have to settle for living in that agonized space of uncertainty.