What profitability, privacy, and corporate influence mean for the company's future 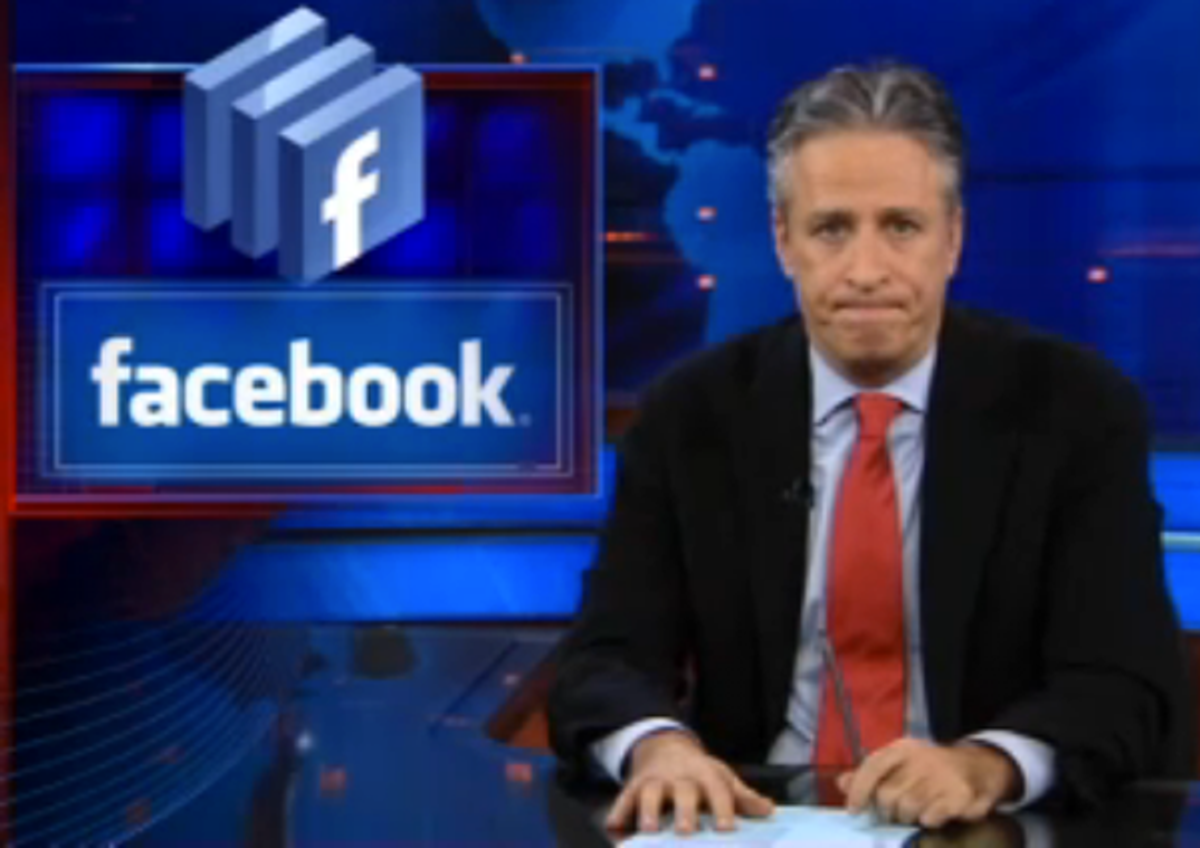 Yesterday, news broke that Facebook will likely IPO in 2012 thanks, in part, to an investment from Goldman Sachs. According to John Stewart's bit on the Daily Show last night points out the wicked irony of a company seemingly bent on revealing its users personal data acting so shy about revealing its own financials.

Around the same time the show aired, Reuters reported impressive profits for Facebook based on an anonymously submitted set of documents:

Facebook, the world's No. 1 Internet social network, earned $355 million in net income in the first nine months of 2010 on revenue of $1.2 billion, according to a source who received the documents that Goldman Sachs provided to its clients on Thursday.

Goldman began hand-delivering copies of the 101-page private placement memorandum for a $1.5 billion Facebook offering to its wealthy customers a little after lunchtime in New York, according to the source.

Well, not entirely anonymous. The source is a Goldman customer.