"The Time That Remains": One Arab family in Israel

Pick of the week: Elia Suleiman's haunting "The Time That Remains" paints the region's history as deadpan farce 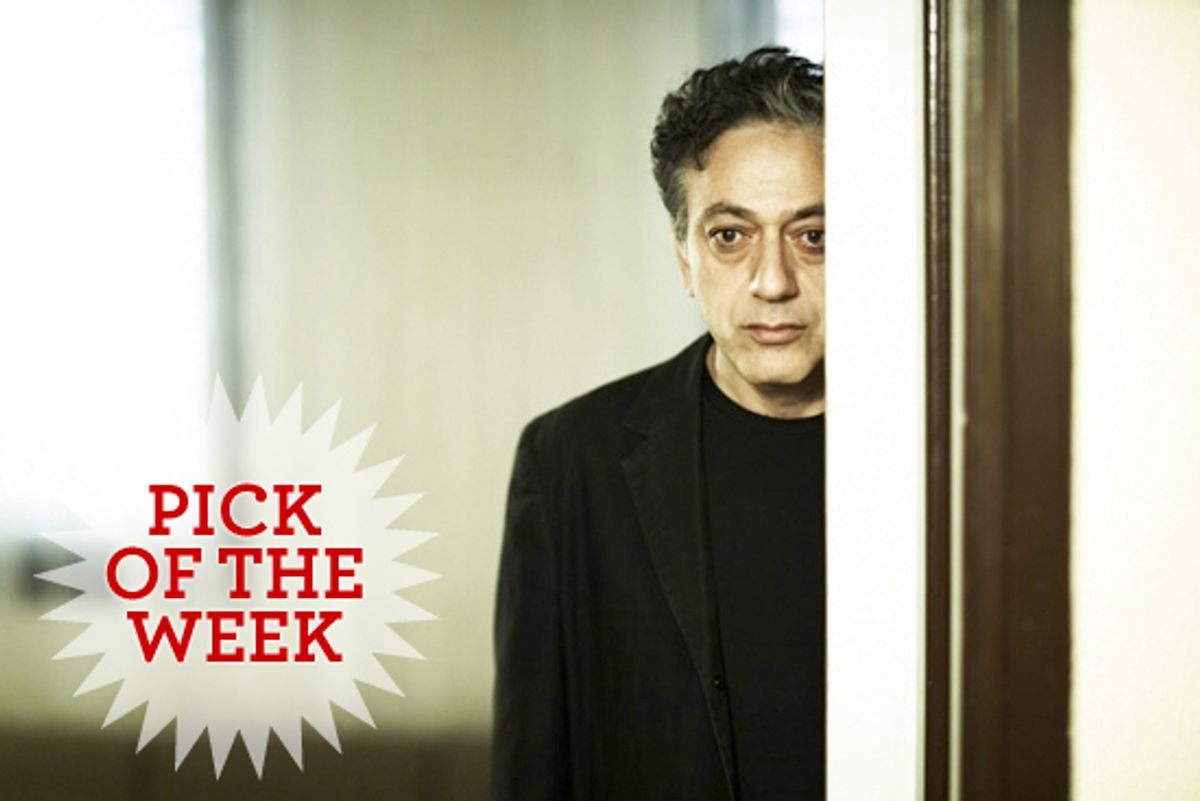 A still from "The Time That Remains"
--

An armored vehicle full of Israeli soldiers rolls up outside a trendy nightclub in the West Bank. "Citizens of Ramallah!" squawks the loudspeaker. "Curfew! Curfew!" The well-dressed young people in the club, a floor-to-ceiling glass block that seems wildly implausible in this setting, take absolutely no notice. The soldiers repeat their warning a second time and then a third. Since you're watching a movie by a Palestinian filmmaker, you might think you know where this is going -- a raid, a bombing, atrocity and death in one or both directions -- but you don't. After a few repetitions, the scratchy imprecation transforms from one thing to another, from a hostile invasion into a layer or sample on top of the techno-house beat pounding from the DJ's booth. The soldiers realize this too, and we glimpse them through the dim grated window, bopping their heads to the music and waiting for their cue.

Elia Suleiman's beautiful film "The Time That Remains" is both a musical construction and a work more concerned with form, light, sound and music than with what its characters say or do. In other memorable scenes, we witness a major character dying (or falling asleep; it's not entirely clear) in the passenger seat of a car while an Arab pop song plays on the radio, and hear a heartbreaking karaoke version of "My Heart Will Go On," sung by a Filipina healthcare worker to an unconscious old lady and a cop. Stuff like this may frustrate viewers who expect an autobiographical movie from a Palestinian director (or an Arab Israeli director; pick your terms) to strike an ideological stance -- to express rage over the expulsion of Arab villagers, or contrition for terrorist attacks, or whatever.

Suleiman is not remotely interested in those kinds of positions, but as the scene I've just described should make clear, that doesn't mean he has nothing to say about the relationship between Arabs and Jews in the Holy Land. Arguably the whole movie is about that subject, as experienced by one middle-class Arab Christian family in Nazareth -- the hometown of That Guy, today a predominantly Arab city inside Israel -- but stripped bare of the vitriol or rhetoric that we've all heard a million times and that has lost the ability to convince anyone of anything.

While "The Time That Remains" is a narrative film, not a documentary, it is closely patterned on Suleiman's family history and is largely shot in the actual houses and apartments where his family lived. The director even plays himself, late in the film -- or at least a version of himself as a bug-eyed, Buster Keaton-style silent observer, a returned exile who views his country with a mixture of wonder and disbelief. (Suleiman himself has lived outside Israel for three decades, and now teaches at Birzeit University on the West Bank.) The character called Elia never speaks, either as a child, a teenager or an adult, and I'd be lying if I said that absolutely never feels gimmicky. But it's right in line with the film's premise that language is inadequate to convey the ambiguity and pathos of this family's situation.

In cool, elegant compositions that take full advantage of the fabulous light of the eastern Mediterranean, Suleiman and cinematographer Marc-André Batigne capture the family's life from the Arab-Israeli war of 1948 through the present as a deadpan farce, one in which all parties repeat the same gestures over and over again to the point of meaninglessness. Elia's handsome father, Fuad (Saleh Bakri), the mayor of Nazareth's son and a one-time gunsmith for the Arab militias, goes fishing on the beach every week, and gets hassled every time by the same semi-genial Israeli patrol. A depressed neighbor periodically pours gasoline over his head and tries to set himself on fire, until the bored Fuad comes and takes the matches away. (The neighbor's hilarious anti-Israeli diatribes are too profane even to transcribe on Salon.)

Elia's mother (Samar Tanus) writes wistful letters to her cousin in Jordan, thereby imparting most of the film's narrative. We brush past most of the so-called major events of Arab-Israeli history without even noticing; the wars of 1967 and 1973 and the two intifadas are never mentioned, although the death of Egyptian President Gamal Abdel Nasser in 1970 marks a major episode. Young Elia is periodically pulled out of class in his all-Arab, Hebrew-language school and hectored by the principal: "Who told you that America is imperialist? You can't say that in school!" (I can feel you out there hankering for editorial comment: "We were second-class citizens in an apartheid system!" Or maybe "Citizens of Arab countries have far fewer rights than Arab citizens of Israel!" Sorry, there isn't any of that.)

Suleiman might or might not appreciate me saying this, but his movie (officially a French-Belgian-Italian coproduction) falls very much into the rueful, ironic tradition of recent Israeli cinema, from Amos Gitai's "Free Zone" to Eran Riklis' "The Syrian Bride" to Scandar Copti and Yaron Shani's "Ajami." Suleiman isn't trying to score political points, and his depictions of Jewish Israeli characters are studiously neutral or even sympathetic. (He uses a Tel Aviv cab driver lost in the fog as a mysterious but effective framing device). He reserves mockery for his own side, depicting the Arab fighters of 1948 as disorganized and cowardly (his dad excepted), and the Arab community of Nazareth as a bunch of sentimental blowhards and wiseass louts. Like the best Israeli filmmakers -- or the best filmmakers, period -- Suleiman is also trying to look through the conflict to human reality, and to find in the story of his own family's disintegration the universal pathos and tragedy of the parent-child relationship.

If the old showbiz cliché holds that comedy is tragedy plus time, Suleiman seems devoted to the idea that it's tragedy plus space. Time and again in "The Time That Remains," Batigne's camera retreats from the action, whether that's a man being beaten by Israeli soldiers (almost the only act of violence in the entire movie) or an old woman watching fireworks from her balcony. It's as if he's reminding us that the geometry and light, the gorgeous days and clear nights, will be the same in this beautiful country no matter who lives and who dies, or whichever tribe is in control. There are a dozen shots in this movie, maybe two dozen, that will stick with me for the rest of my moviegoing life, and if you have the patience for the semi-abstract musicality of this tragic family odyssey, the eventual emotional payoff is tremendous. The soldiers and the club kids getting down, together yet apart. It's a hell of a film to start the year with.

"The Time That Remains" opens Jan. 7 at the IFC Center in New York, with more cities to follow. It is also available on-demand, via IFC In Theaters, from many cable and satellite providers.