JFK ambulance up for auction in Arizona 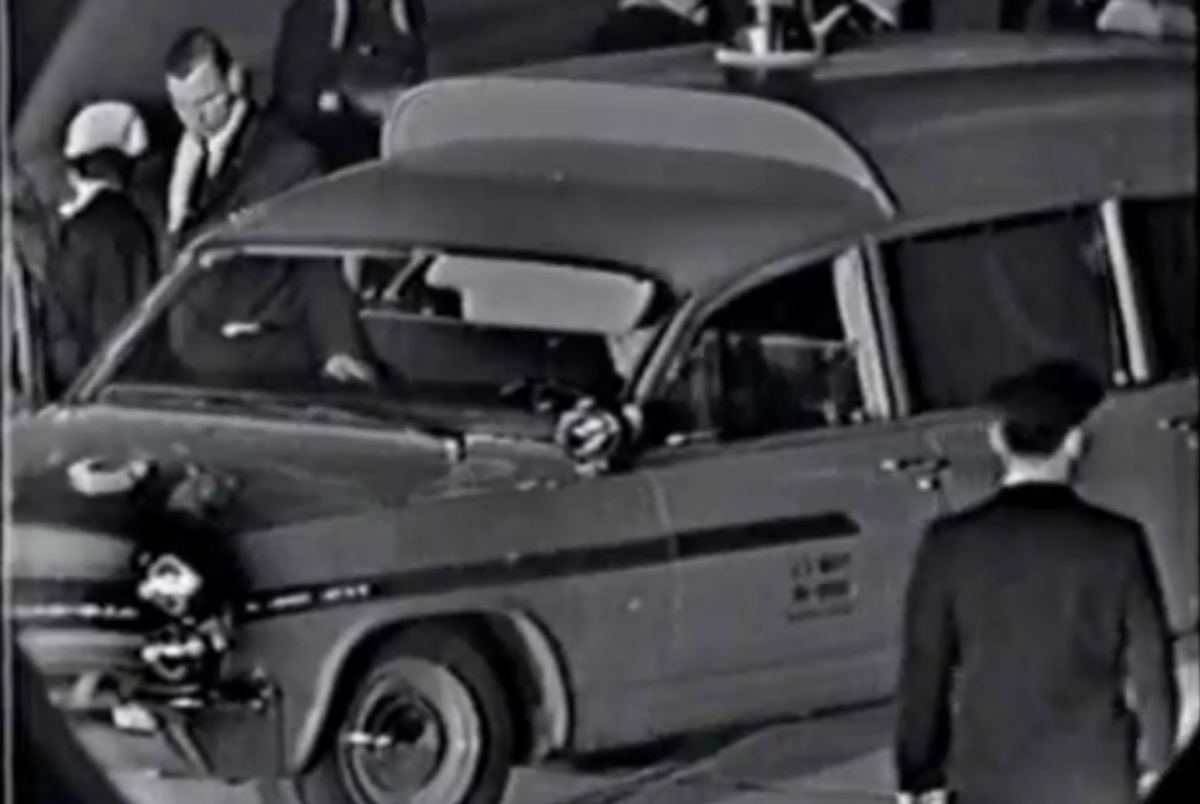 A shot of the Navy ambulance just after John F. Kennedy's body was moved from Air Force One to the vehicle.
--

Bidders at an Arizona car auction will have a chance to buy the ambulance that carried the body of President John F. Kennedy on Nov. 22, 1963, after it arrived in the Washington area from Dallas.

The Barrett-Jackson Auction Co. in Scottsdale says the 1963 Pontiac Bonneville Naval Ambulance transported Kennedy's casket from Air Force One at Andrews Air Force Base to Bethesda Naval Hospital in Maryland.

The same ambulance was used to move Kennedy's casket, along with the late president's wife and brother Robert, to the U.S. Capitol Building.