With the 10-year anniversary of 9/11 on the calendar this year, experts weigh in on the state of terrorism 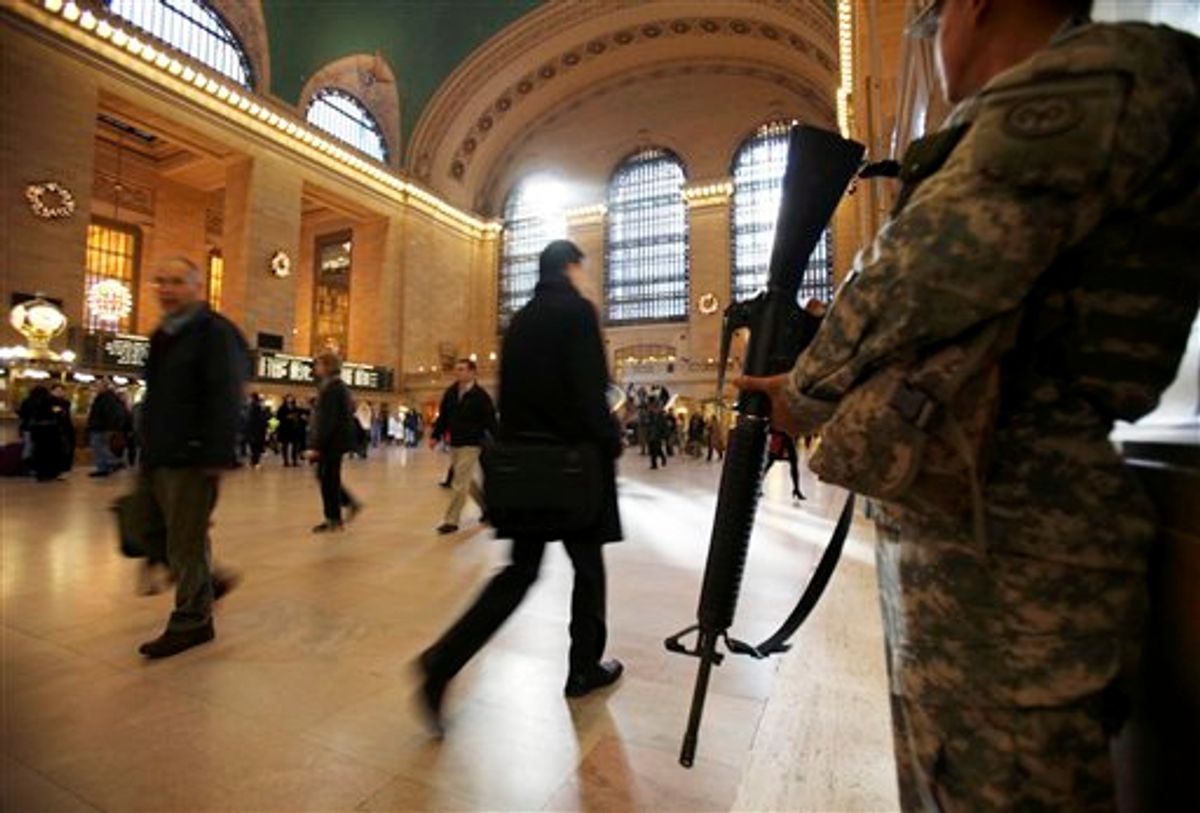 FILE - In this Nov. 24, 2010 file photo, National Guard security personnel watch as travelers make their way through Grand Central Station in New York. As the holiday tourist season begins in the Big Apple, there are reminders everywhere of how being the countrys main target for terrorism has gradually changed this city. (AP Photo/Seth Wenig, File) (AP)
--

With the 10-year anniversary of Sept. 11 on the calendar this year, we should expect a number of different reflections in the coming months. Foreign Policy magazine seems to have beat everyone to the punch, and with a particularly appropriate title -- "The FP Survey: Terrorism" -- the resulting report is scary.

The survey itself is a bit cumbersome to read in one sitting as it synthesizes many voices and perspectives. If you need to know just one thing about the state of terrorism in 2011, it's this:

A strong majority also predicted that there will be another terror attack in the United States or Europe in the next year. Given that a botched terrorist attack took place in Stockholm, a plot was averted to mount a "Mumbai-style" attack in Copenhagen, and a dozen suspected terrorists were arrested in the United Kingdom -- all since the survey was completed -- the experts were, unfortunately, probably right about this.

Keep Calm And Carry On would be too easy a cliché to use, so I'll lean on the Atlantic's experts-complete-a-sentence exercise for the take-away. Prompted with:

... we should have kept our focus on Afghanistan and finished the job there.

I'd bet at least $3 trillion that the soldiers in the 101st Airborne, who returned home from Afghanistan today after a very bloody year, would agree.