Glenn Beck denounces those who seek to "reconstruct" our "system"

One host's response to the shootings: A comforting e-mail to Sarah Palin and thinly veiled attacks on liberals 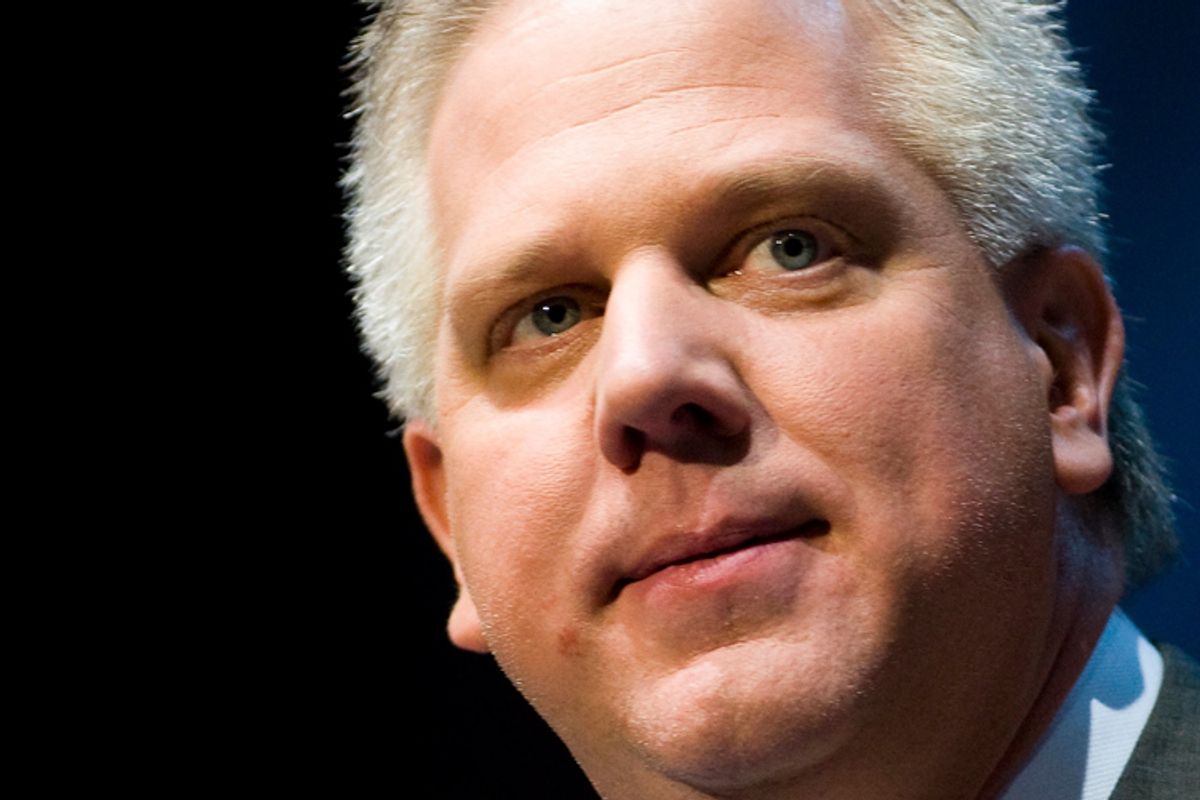 Glenn Beck, classy as always, has released an open letter to... everyone, basically, in response to the shooting of Rep. Gabrielle Giffords and 20 others in Tucson, Arizona. The basic gist is: Don't look at me! The subtext is: Look at liberals.

This wasn't his first response to the tragedy. Earlier today, Beck read the very serious e-mail he wrote to one of the victims. I refer, of course, to Sarah Palin, who has been relentlessly attacked by people armed with criticism of her words and actions. Beck told her to stay strong, and be careful:

"Sarah, as you know, peace is always the answer. I know you're feeling the same heat -- if not much more -- on this.

I want you to know you have my support. But please look into protection for your family. An attempt on you could bring the republic down.

Please, call Gavin de Becker in Los Angeles. He is the guy that protects me. They are, bar none, the best. There are nut jobs on all sides."

Right. Of course. Beck's job is to remind his listeners that he and his friends are the ones in danger -- making his audience fearful for his safety is one of the creepier and more effective bits of Beck's schtick -- from jackbooted progressive communazis.

Palin supposedly responded with the following word-jumble: "I hate violence. I hate war. Our children will not have peace if politicos just capitalize on this to succeed in portraying anyone as inciting terror and violence. Thanks for all you do to send the message of truth and love and God as the answer."

Please remember those inspiring word the next time you think about capitalizing on a tragedy by succeeding in portraying anyone as inciting terror or violence. For the children.

One of Beck's staffers then sat down to compose the aforementioned open letter, which points out Jared Loughner "cited the Communist Manifesto as one of his favorite books" but fails to mention the Ayn Rand book. While pretending he's engaging in the classic Broderian "both sides have their extremes and both sides' extremes are bad" criticism, Beck is actually just repeating his usual thesis that the Left is attempting to destroy the nation.

Beck "challenges" everyone to agree with the following:

In the wake of horrific violence in Arizona, Glenn Beck is consoling Sarah Palin and telling his viewers to denounce progressives.