What will this do to Sarah Palin's '12 chances? 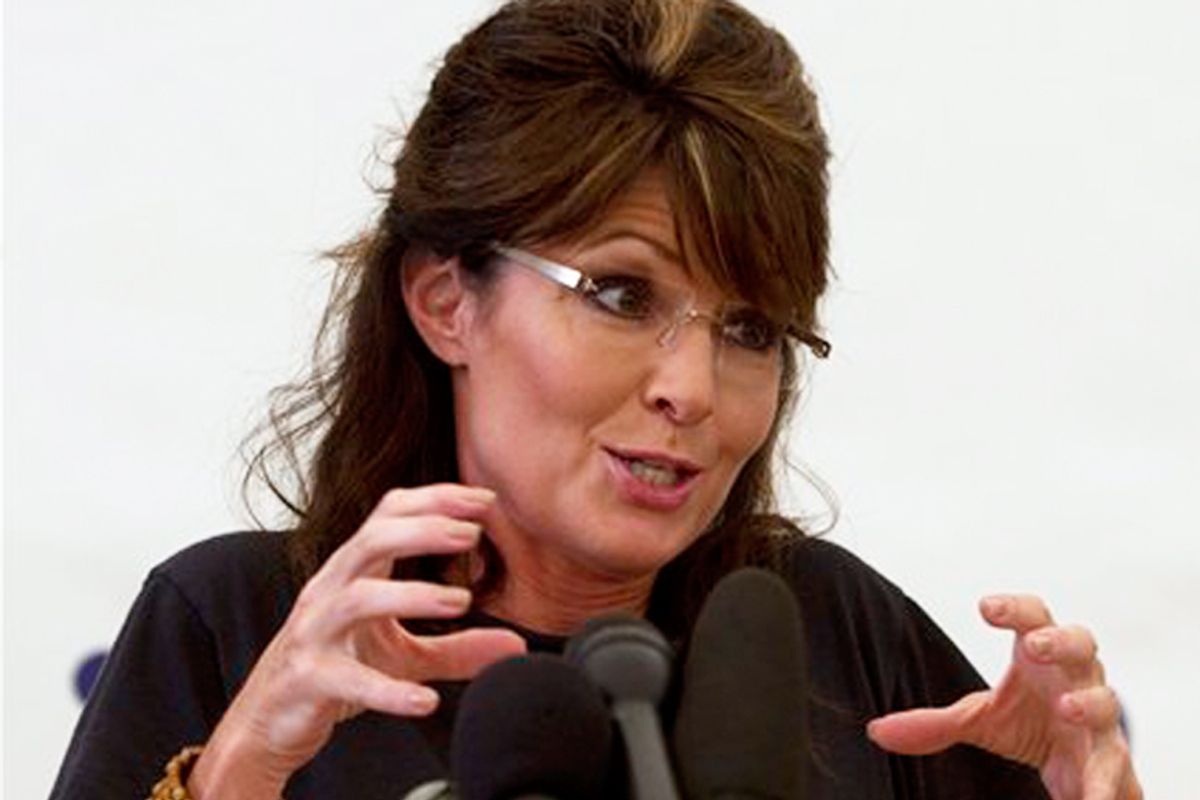 I wrote last night that I think some of Sarah Palin's foes are trying too hard to make her a villain in the carnage in Tucson, Ariz. But as Joe Weisenthal of Business Insider pointed out on Sunday, "The mere fact that Sarah Palin's rhetoric is being discussed in connection with [the] shooting is hurting her perceived odds of becoming the next President."

Weisenthal was referring to Palin's standing on InTrade, the popular online futures market, which began nose-diving within hours of Gabrielle Giffords' shooting on Saturday, as clips of Palin's now infamous "Don't retreat, reload!" exhortation began popping up online and on television. Palin's 2012 stock on Intrade is now as low as it's ever been.

This probably reflects the consensus of the political community coming out of this weekend. Already, there were signs that Palin's prospects of winning the GOP nomination were dimming. Toward the end of 2010, an increasing number of conservative voices began publicly raising concerns about her viability as a '12 nominee, and a poll at the end of December found a staggering drop -- 20 points in a year -- in the number of Republicans who said they were receptive to the idea of supporting Palin for the '12 nod. Watching the struggles of Sharron Angle, Christine O'Donnell, Ken Buck and others seemed to be having an effect on the right's assessment of Palin.

And now, the news media is freely mixing in reminders of Palin's most provocative antics with its coverage of a bloody shooting rampage. Whether you think Palin deserves this treatment or is being unfairly singled out is immaterial; from a political standpoint, the past few days have been devastating for her '12 standing.

Sure, it's possible that the conservative base, outraged that liberals would try so hard to link Palin to Tucson, will now rally around her. But much more likely is that this episode will accelerate a phenomenon that -- to believe the polls -- began late last year, with Republican voters concluding that, as much as they like her, it just wouldn't be wise to nominate Sarah Palin for president.