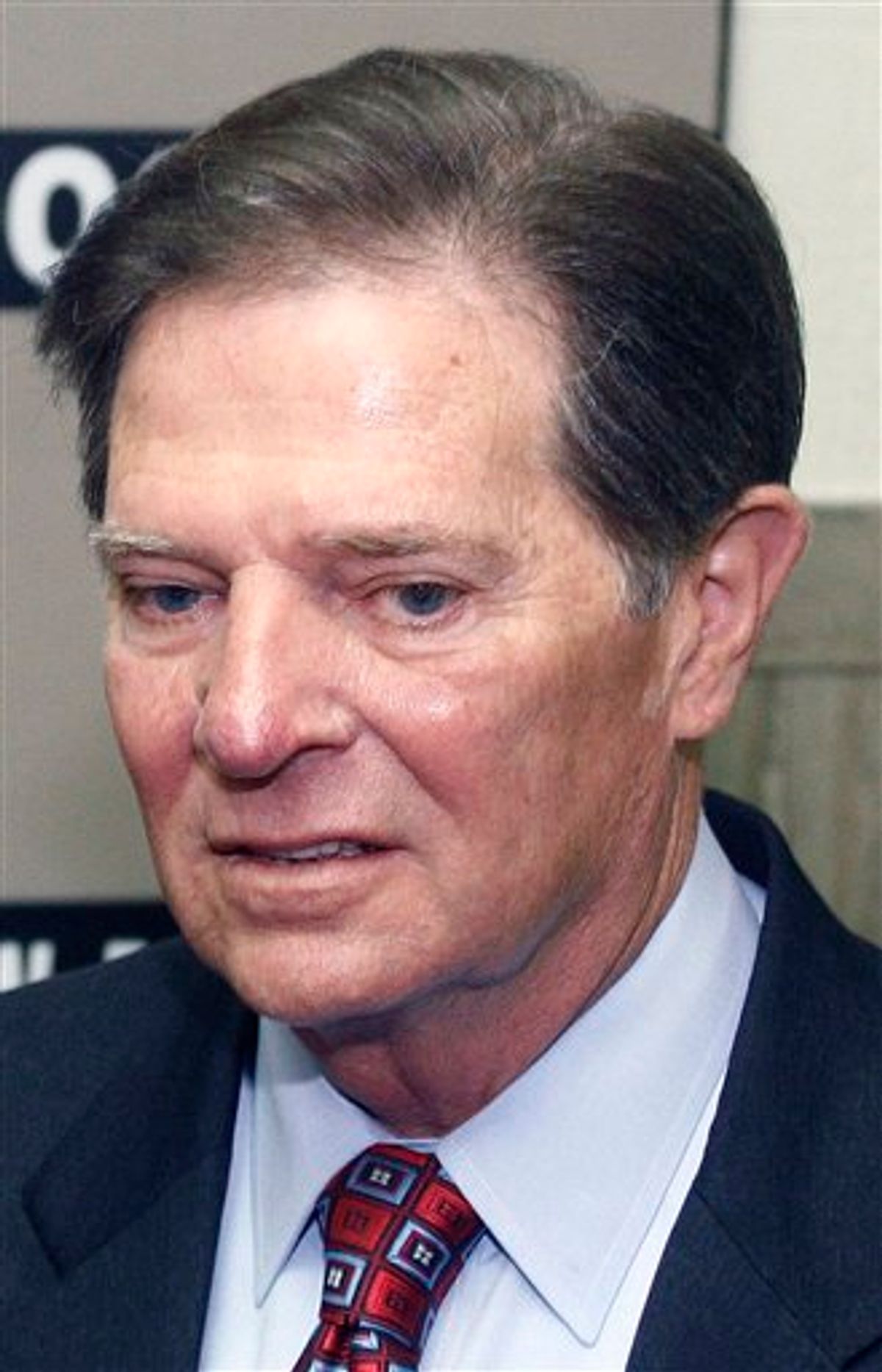 FILE - In this Oct. 26, 2010 file photo, former House Majority Leader Tom DeLay arrives at the Travis County courthouse in Austin, Texas, for jury selection in his corruption trial. Delay will be back in court on Monday, Jan. 10. 2011, for the sentencing phase of his trial after his Nov. 24 conviction on charges of money laundering and conspiracy to commit money laundering in a scheme to illegally funnel corporate money to Texas candidates in 2002. (AP Photo/Jack Plunkett, File) (AP)
--

A judge has ordered U.S. House Majority Leader Tom DeLay to serve three years in prison for his role in a scheme to illegally funnel corporate money to Texas candidates in 2002.

The sentence comes after a jury in November convicted DeLay on charges of money laundering and conspiracy to commit money laundering. DeLay was once one of the most powerful men in U.S. politics, ascending to the No. 2 job in the House of Representatives.

The former Houston-area congressman had faced up to life in prison. His attorneys asked for probation.

Priest declined to hear testimony from the state's only witness.