A rap version of "Ask the Pilot"?

Plus: The 747 still rules, and the world of aviation loses a larger-than-life character 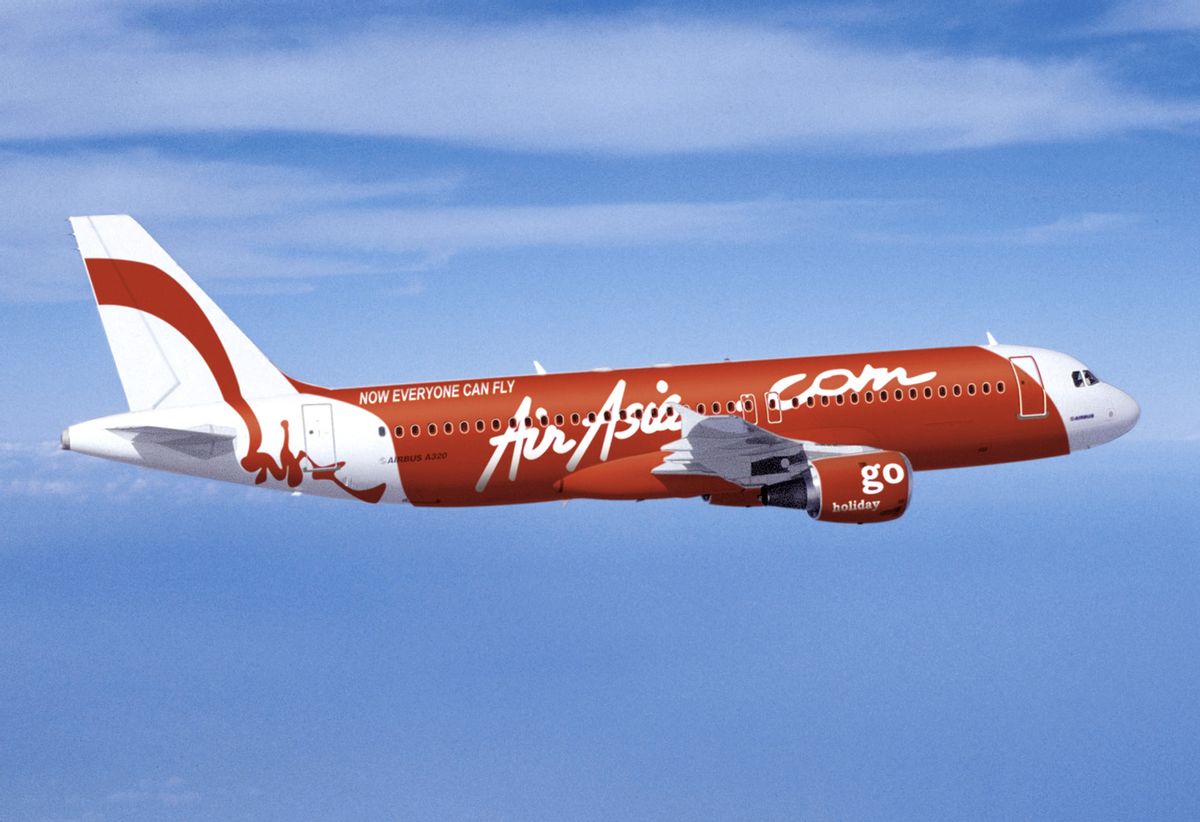 Tokyo wasn't the best example, maybe. No sooner did I shoot off my mouth about how smoothly and efficiently Narita airport processes international transit passengers, when I had a stopover there and got socked for 40 minutes in a security line. As in the United States, passengers making connections at Narita are marched through a screening checkpoint, despite having just stepped from a plane.

They are not, however forced to claim their checked luggage or pass through customs and immigration. And the security staff I encountered were a lot friendlier and more professional than the average Transportation Security Administration guard.

That same trip to Asia found me riding on a 747 for the first time in a while. Best of all, I managed to score my first upper deck seating assignment since a trip to Kenya with British Airways way back in 1987. You should have seen me, like a little kid, asking the gate agent to swap my original seat for one upstairs. Why did it matter? Well, you need to be an airplane geek, maybe, to understand.

Though, just the same, I don't care how jaded or uninterested a flier you are, there is nothing like a ride on a 747. A380 nothing, the big Boeing remains the most exciting, most elegant machine in the sky -- an embodiment of everything that was, and is still, exciting about air travel.

As we taxied past a construction crew, the workmen stopped to watch. They wouldn't do that, I bet, for any other plane.

Sitting upstairs feels, how to say it, exclusive -- a private, hangar-shaped mini-cabin distinctly separate from the rest of the aircraft, with its own lavatories and galley. And who doesn't love those floor-level storage consoles? The spiral staircase, an iconic feature of older-model 747s, is gone now, replaced by a set of standard, ladder-style stairs, but climbing to the upper deck still provides a thrill. You are three full stories above the ground, and the view through the windows gives you a sense of the 747's size. Parked at the gate, you're looking at or over the rooftops of many terminals.

My full love letter to the Boeing 747 can be read here.

Thanks to readers in Thailand we've been able to get some clarification on how to pronounce "Suvarnabhumi," the name of the sensational new airport in Bangkok. It's "Soo-Wanna-Poom."

Just like it's spelled, right? How do you come up with a transliteration with three silent letters? What do I know about languages, but shouldn't it be phonetic?

I like it, though. It's tons more interesting than, say, "Bangkok International."

I wonder if it's only a matter of time before we get corporations sponsoring airport names, as they do with sports stadiums. One possible upside: no more partisan politics on the airfield. So long to JFK and Reagan-National; welcome instead to "Comcast New York International" and "Staples-National."

Mike Potter passed away a few weeks ago of a heart attack.

Mike Potter was a retired TWA captain and the de facto caretaker of one of aviation's most peculiar and interesting places -- the airliner boneyard out at Mojave, Calif. There he oversaw the desiccated hulks of retired jetliners, guiding enthusiasts on occasional guided tours. I met Potter at Mojave in 2006, when I was there with a film crew shooting footage for the Discovery Channel. My visit is described in this column, in which I wrote of our host:

"Potter is, let's just say, a large fellow, with a waterfall white beard and a way of speaking that is both warmly engaging and hotly irascible. He's got the looks of Karl Marx, the raffish drawl of Yeager, and a touch of charismatic nuttiness. Potter seems professionally detached from the machines he so obviously loves, but yet, according to the rules of his job, must occasionally destroy. Motioning toward a sun-bleached row of planes, there's a sad seriousness in his eyes -- like a marine biologist encountering a pod of stranded whales on a beach."

He loved planes, what can you say? And the world of aviation is a little less colorful without him.

And they say passengers don't dress up to fly anymore. Here's a description of somebody I saw the other day in Terminal B at Boston's Logan International Airport:

He was a white kid in his early 20s. He walked with one of those shuffling, gangsta-style gaits. His jeans were halfway to his knees, the top of his boxer shorts billowing out the back. He wore a bootleg Johnny Cash T-shirt, with the name "Cash" in huge block letters and a picture of Johnny sticking his middle finger at you. Rounding out this classy ensemble was a zip-up gray sweat shirt decorated with the black silhouettes of assault weapons.

If, like me, you keep your fingers tight against the pulse of popular culture, you know that rapper Jay-Z has a new book out. It's called "Decoded." The publisher is a Random House imprint called Spiegel and Grau.

The "Grau" portion of that name, incidentally, belongs to a woman named Julie Grau. Before moving to Random House, Grau had been a founding vice president of a Penguin imprint called Riverhead Books. Somewhere on her résumé is a title called "Ask the Pilot: Everything You Need to Know About Air Travel," by Patrick Smith.

I suspect that my book is not one of Grau's career-defining moments. Though maybe it could have been. While she was steering Riverhead, my book was suffocating in the dusty "Transportation" racks at Barnes & Noble, where it remains to this day, cleverly hidden from its target audience. I take it Jay-Z's work is consigned to the "Linguistics" section?

Though maybe it's not a bad thing, at this point, that my book sits invisibly in those dark, unmolested corners of the store. Considering how out-of-date the content is, I'd be just as happy to pallet up the remaining copies and toss them into the sea. Most of "Ask the Pilot" was written in 2002-2003. If you haven't noticed, the world of commercial aviation has since been through a few changes. As it stands, half of Chapter 7 is devoted to discussions of airlines that no longer exist. My security essay in Chapter 4, perhaps the book's strongest segment, was written before the TSA even existed! For eight years I've been writing about TSA here on Salon, yet nowhere in the book -- the integrity of "the security checks" is bullet-pointed on the back cover -- do the letters "TSA" appear.

With all of the focus on air travel these days, I am convinced that I could sell a half-million copies of a fresh new edition, taking in not just airport security issues, but all of the controversial air travel topics of the past eight years. (Talk about a perfect e-book for travelers and their Kindles.) Unfortunately, convincing Riverhead of this has proved roughly as easy as chiseling out the wisdom teeth of an angry tiger.

You can read the full saga here.

I could be totally wrong. Maybe "Ask the Pilot" isn't lyrical enough for mainstream appeal? I've considered a rap version, but I can't find any words that rhyme with "Airbus" or "transponder." Maybe Jay-Z can help.

I notice that the cover of "Decoded" features a Rorschach-y inkblot designed by Andy Warhol. I like the Grant Hart version better.

That long-forgotten Hüsker Dü album, by the way, features a song called "Gravity," the last 30 seconds of which are perhaps the most mesmerizing 30 seconds of the entire 1980s.

Which reminds me: Dec. 26 was the 26th anniversary of the greatest concert I ever saw -- an impromptu Hüsker Dü show at a place called Harvey Wheeler Hall, out in Concord, Mass. It was a last-minute gig arranged by David Savoy, a Concord native who also was the band's manager at the time (and whose suicide a few years later was partly responsible for their breakup). There was no stage; the band set up on the floor of what, in my memory, was a simple classroom. There were maybe 60 people there. We stood or sat cross-legged.

The set ended when Grant cut his finger on a cracked drumstick during a cover of "Ticket to Ride." I remember my best friend at the time, Mark McKay (later the drummer for the hardcore group Slapshot), giving him a Band-Aid. After the show we went backstage, as it were, and chatted a while with Grant, Bob and Greg.

A few weeks ago, Paul Hilcoff, who hosts the painfully exhaustive Hüsker Dü fan site, mailed me a compact disc recording of that entire concert. What a startling feeling that is, to discover, many years on, that an actual recording exists of one of your most cherished memories.

Except, whether in spite or because of this, the CD sits on my bookshelf, as yet unlistened-to. One of these days, maybe, I will summon up the courage to actually play it. Listening to that recording, provided I've got the emotional muster, will be the closest I ever get to time travel.

That's a sure sign of getting old, I think: a fear of getting too close to your past.