This season of the ABC show brings back Brad Womack -- and reinforces the strange, contrived nature of TV love 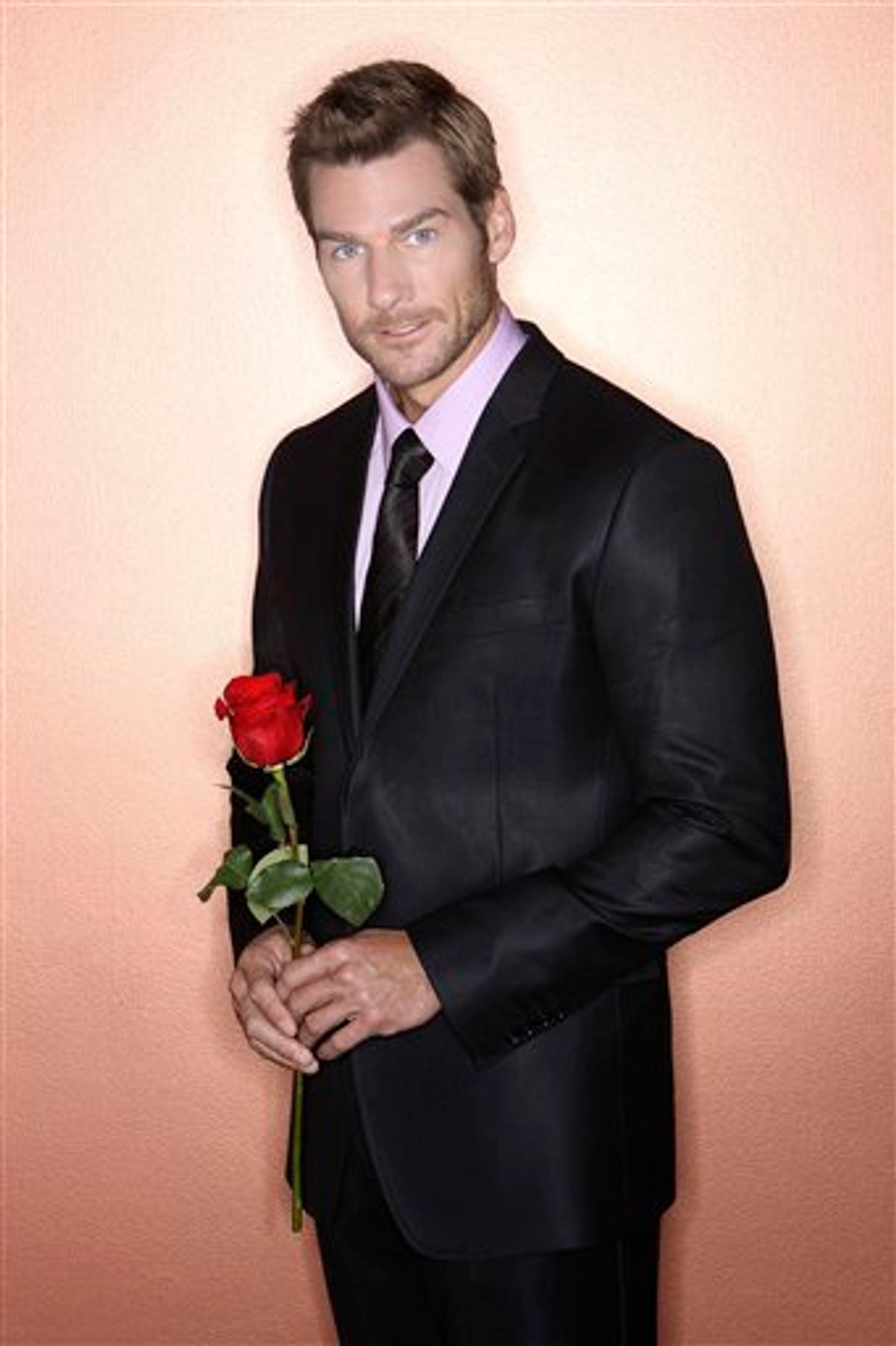 Can you believe that cad Brad Womack? Three years ago, he was given the world – a veritable harem of beautiful women to wine, dine and woo on national television – and that SOB didn't marry any of them. Instead, the most notoriously gun-shy of all of the bachelors in ABC's crowded stable of rose-brandishing swains did what the network still refers to as "the unthinkable": He winnowed a pool of hotties down to Jenni Croft and DeAnna Pappas and decided he didn't want to spend the rest of his life with either of them, thereby depriving all of America of the sight of a statuesque woman tearfully accepting a piece of compressed carbon.

Didn't anyone explain to this guy how television works? It doesn't have to work out. In fact, in nine years, only one Bachelor has tied the knot with a woman he met on the show, and that was Jason Mecick, who proposed to contestant Melissa Rycroft and then soon after married her runner-up, Molly Malaney, resulting in the most! awkward! "After the Final Rose" episode! EVER.

With a battle-scarred nation still licking its wounds over the awkwardness that defined every moment of Jake and Vienna's courtship and the ugliness of the inevitable breakup that ensued last year,  it was with a full cargo load of emotional baggage that ABC unleashed its new season last week. There was unfinished business to attend to. And this time, goddammit, Womack is getting a woman. Let the healing begin!

If you thought Tiger Woods had to make a spectacle of public contrition, that's nothing compared to what Womack's had to endure for having the unmitigated gall to not propose to some babe in a halter dress. Please trust him, world, he is a changed man. ABC assures us he "has undergone intensive therapy, which took him on a painful journey of self-discovery that led to personal revelations about his commitment issues." Commitment issues best worked out on national television, with 30 pre-selected women and what one contestant on Tuesday's episode aptly described as their "petty catfights." Commitment issues that contestant Chantal famously slapped out of him "from every woman in America" in last week's premiere -- and which Womack shrugged off as a "statement about my past behavior" that he "deserved."

On Monday's second episode of the season, he ran through all the hoops like a good television entertainer/America's imaginary boyfriend, tirelessly charming and making out with the ladies, as the entire cast lobbed around shrink session terminology about emotional "walls" and "fear" and "the journey" and who here is "toxic" and who is a "psycho," with Brad pleading that "I know I'm a different person. I want to find somebody."

And while the identity of that "somebody" is still under wraps, Womack has been eager to tell the world that, this time around, he has indeed found true love. "I call this woman probably 20 times a day" he gushed this week to People. "I really am like a high school sophomore." That's wonderful. Because if he hadn't, he'd probably have to change his name, grow a beard and leave the country in dating shame.

One assumes that if a man goes on a show called "The Bachelor," he understands that the trade-off for the resulting exposure and possible "Dancing With the Stars" career is that he will actually make a go of fulfilling the fairy tale romantic aspirations of the show's viewers. Hey, if we wanted to watch a guy hem and haw and not make a commitment, we could just spend time with the men in our real lives. So when Womack insists, "I'm very much in love, head over heels," it doesn't matter that maybe by March he'll be sitting in a tense "After the Rose" episode recounting how it all went to hell in a handbasket.

For now, his job is to promise that love is possible, that even a man who couldn't bring himself to propose in the past can settle down three years later. It's certainly not to suggest that one can try one's best and still not find connection, that being happy alone is preferable to being with someone, anyone. He may well be truly in love this time, and if Womack and some lucky lady have found something real, congratulations. But as they said in Monday's episode, "The road to love is a bumpy ride" and it's got to be even bumpier when you run the risk of being branded a dirtbag if you don't succeed. But that's what happens when you make the quest for love into a competition. And for all his processing and therapy and working on himself, Brad Womack surely also doesn't want "every woman in America" to slap him again.