Why gun control is dead in America 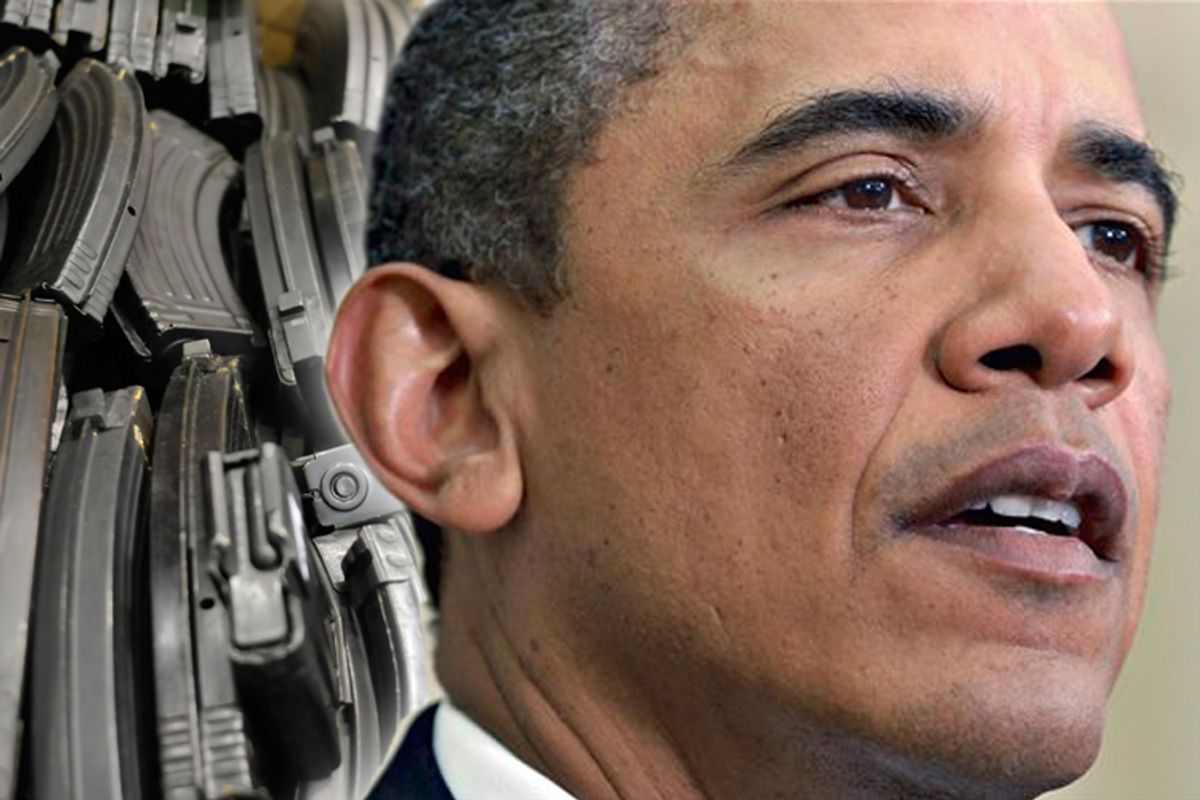 As the immediate shock of the mass shooting in Arizona subsides and the conversation turns to gun control, it's becoming increasingly clear that there is little chance that new anti-gun measures will pass the Republican-dominated Congress.

But a picture is also coming into focus of a gun control movement that has been on the retreat for at least a decade, facing setbacks not only in Congress, but also in the courts and in public opinion polls, and of a Democratic Party that, from President Obama on down, has all but ceded the issue to the National Rifle Association.

"The last 10 years -- the NRA has won them 10 to zero," Jim Kessler, the co-founder of Third Way and a former official at Americans for Gun Safety, tells Salon.

Not long after the Saturday shooting of Gabrielle Giffords and 19 other people in Tucson, Rep. Carolyn McCarthy, D-N.Y., announced plans to introduce legislation to ban the type of high-capacity magazines used by the shooter, Jared Loughner. He reportedly fired 31 shots before having to reload, at which point bystanders tackled him. Under the Clinton-era assault weapons ban, which expired in 2004, manufacture of magazines containing more than 10 rounds was illegal. McCarthy, who got into politics after her husband was shot to death in 1993, is the leading gun control advocate in the House.

Republicans have, so far, been united in dismissing the need for any new regulation. As Sen. Rand Paul said Sunday: "The weapons don't kill people; it’s the individual that kills these people." It's unclear at this point whether McCarthy's bill will even get a vote in the GOP-controlled House.

But it would be wrong to blame congressional Republicans alone for the failure to put in place new gun control measures. In the first two years of the Obama administration, with Democratic majorities in Congress, the only significant piece of gun legislation signed by the president was a measure tacked onto the credit card reform bill that allows concealed carry of firearms in national parks.

That's despite the fact that President Obama nominally supports a renewal of the assault weapons ban, for example. Going back to the campaign, when he famously assured a questioner at an event, "I’m not going to take away your guns," Obama has not shown a willingness to aggressively pursue gun control.

According to Kessler, the roots of Democratic reluctance on the issue go all the way back to the 1994 midterm elections, when Republicans gained 54 seats and the victory was attributed in large part to a backlash in swing districts against new gun control legislation. President Clinton had signed the Brady bill, which instituted background checks for gun purchases, in November 1993 and the assault weapons ban in September 1994, just before the elections.

"The NRA is such a good lobby that they decided to define the 1994 elections as about guns and make that the narrative starting the moment the returns came in," says Kessler. Whatever effect the issue actually had, the narrative stuck, and "it scared the pants off [Democrats]," he says.

In recent years, pro-gun forces have also scored a number of victories in the judiciary.

"Those who favor a modicum of gun regulation are on the defensive, as the Second Amendment Foundation and other such groups attack in the courts, claiming that most current regulations are unconstitutional on Second Amendment grounds," says Philip Cook, a public policy professor at Duke who studies gun policy.

Perhaps the biggest recent victory was the Supreme Court's 2008 Heller decision, which struck down the District of Columbia's ban on handguns.

Meanwhile, as the New York Times points out, a record-low 44 percent of Americans in an October Gallup poll said they favor stricter gun control. That's down from 78 percent in 1990.

Kessler attributes the shift to dropping crime rates -- he notes that crime was a key domestic issue in the early 1990s -- but also the dominance of the NRA.

Kessler does believe that the tide could turn again in favor of stricter controls.

"Maybe if a terrorist starts using large magazines there will be changes in the law. But I don't think [the Giffords shooting] will do it."