How commentators make sense of murder 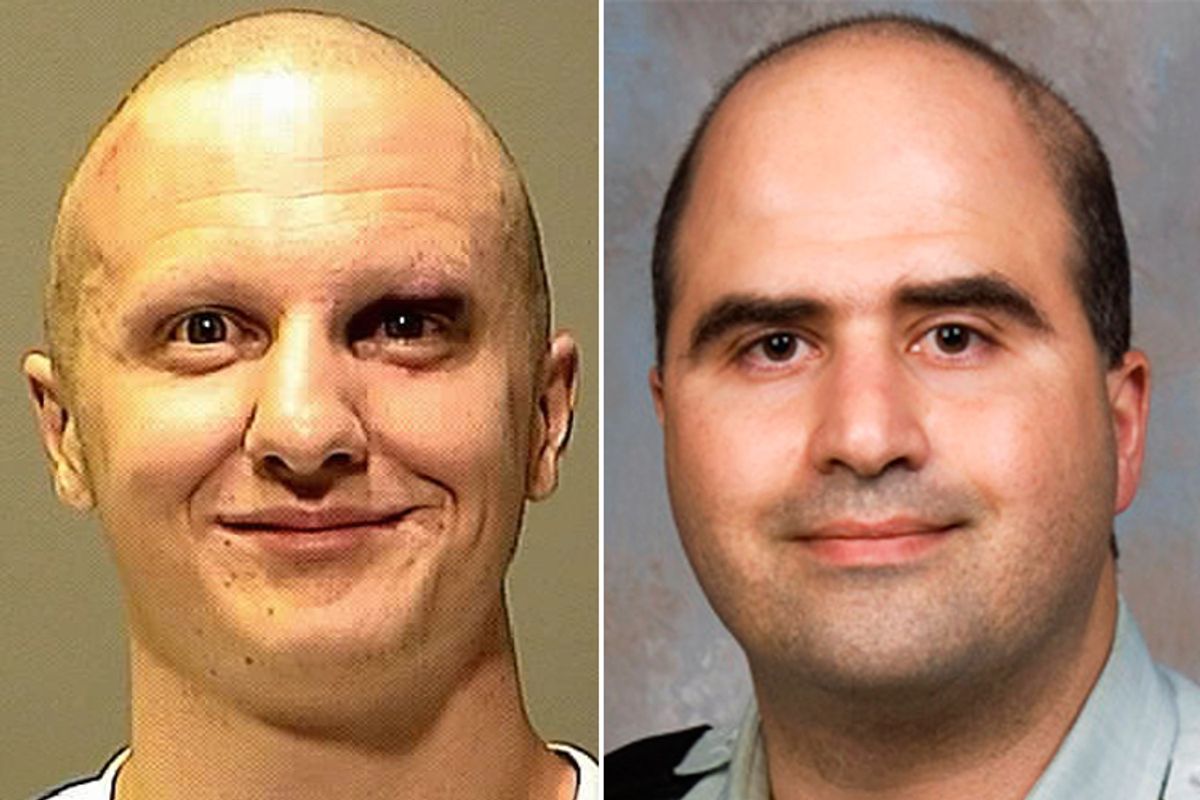 "Columbine" author Dave Cullen wrote yesterday that most media figures compulsively -- and incorrectly -- assign all killers to one of two binaries: Crazy or political. Right-wing commentators do the same thing, for the most part, though they tend to say killers are either crazy or terrorists. And while they'll usually freely admit that Tim McVeigh counted as a terrorist, for the most part they reserve that term for Muslims who kill.

There is, for example, Charles Krauthammer's classic column on Nidal Hasan, who killed 13 people at Fort Hood. Krauthammer is a former practicing psychologist -- he's also a former practicing liberal -- and he used his considerable skill to argue that because he did not think Hasan was crazy, to call him crazy was dastardly political correctness. The correct diagnosis, according to Krauthammer, was that Hasan was a Muslim. He was driven to kill by Extremist Islamic rhetoric. He had, after all, e-mailed Anwar al-Awlaki, who sympathizes with al-Qaeda. He had even said frankly nutty things to his colleagues about nonbelievers having hot oil poured down their throats.

It's not just that Krauthammer made a point of highlighting the influence of radical Islamism on Hasan's crime -- Krauthammer mocked those who thought there might be a psychological component to a formerly well-adjusted American suddenly falling under the sway of extremist rhetoric and shooting dozens of people.

Jared Loughner, though? He's just nuts. Seriously, classic nutcase, end of story. It's frankly irresponsible to speculate as to whether or not he had a political motivation when he attempted to assassinate a member of Congress.

Jonah Goldberg yesterday attempted to directly answer the question of why it's "Islamic terrorism" when a Muslim does it and lone nuttery when a white American does it:

The difference is that most of the relevant Muslim mass-murderers in recent years have in fact either taken orders or meaningful encouragement from actual Jihadist organizations and individuals. The Times Square bomber did. The Fort Hood shooter did. The DC sniper didn’t, but he seems more of an exception than the rule.

First of all, "meaninful encouragement" is a wonderfully vague phrase that allows Goldberg to call people who never had any meaningful contact with terrorist groups "terrorists," but even with that helpful bit of vague nonsense he is unable to justify the inclusion of one of his examples of terrorism, and is forced to consider it an "exception" to the rule he is in the process of inventing.

The “obvious” distinction is that there are a number of Islamist groups who are calling for violent attacks on America (which is why we are legally at war with them). Those that align with their cause are simply murderous traitors and terrorists. The Fort Hood shooter, we quickly learned, was in contact with Anwar al Awlaki. Loughner, we’ve quickly learned, was not in contact with Sarah Palin, had a grievance with Giffords that predates Palin’s prominence and the rise of the tea parties, and that he was simply out of his gourd.

It was nice of him to put "obvious" in scare quotes himself, thus saving me the trouble. But the fact is that there are plenty of extremist groups that are wholly American-grown and non-Islamic. (And if it's only "terrorism" when we're "legally at war" with the specific group who "meaningfully encouraged" the act, then very few things are terrorism anymore.)

But this paragraph, if you strip away the bit that's clearly Goldberg thinking out loud, actually does explain the world-view succintly: It's because those killers are Islamic. Yeah, Loughner wasn't inspired by Sarah Palin's Tweets. But Goldberg doesn't say what he was inspired by. He was just "out of his gourd." QED.

The decision to murder innocent people is seldom one made by well men. If we're going to argue that there's something fundamental about Islam itself that causes it, when Muslims do it, it's bald bigotry not to make the same argument when a non-Muslim commits a similarly incomprehensible crime.

If we define terrorism as violence committed by non-state actors aimed at achieving political goals, a case could be reasonably made for either, both, or neither or these men as terrorists. But when you start from the position that the Muslim is the "Terrorist" and the white guy is the "lone nut," you're have to work backwards to come up with a much more convoluted definition.