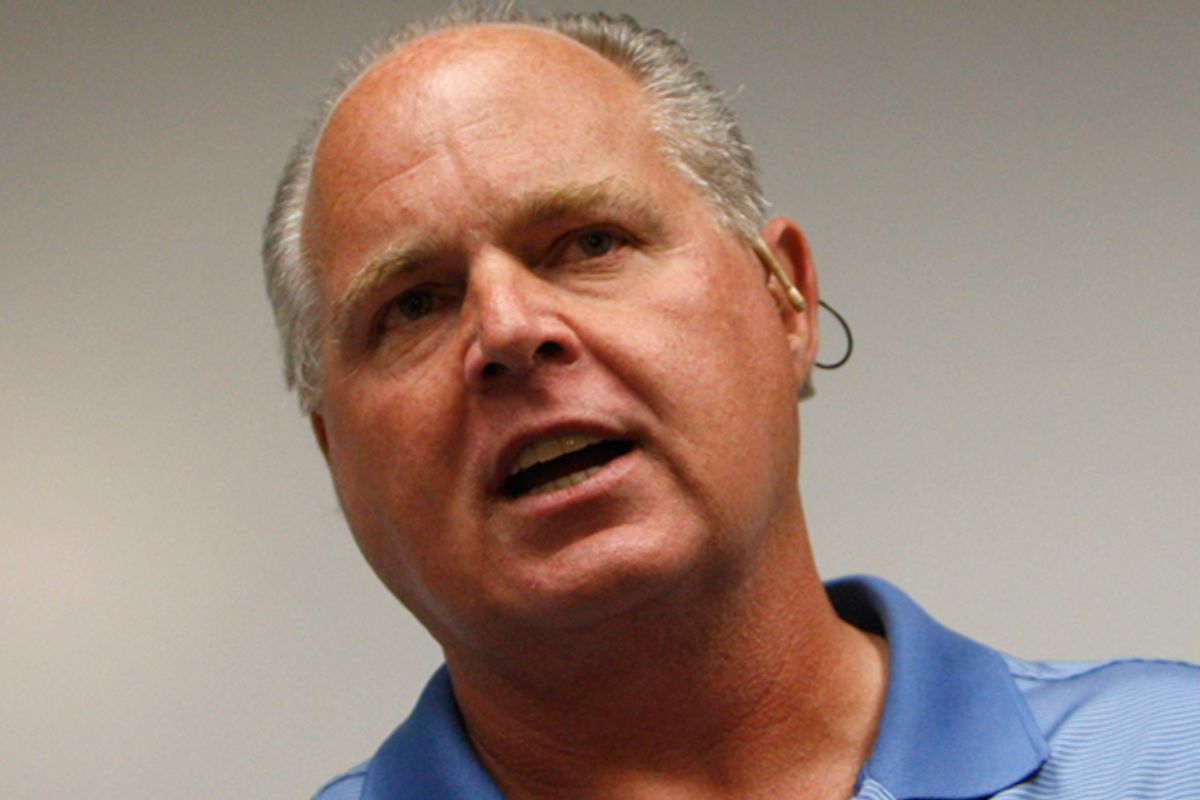 Rush Limbaugh said many awful, offensive things today, because he was defending himself from people who say that hateful, ugly rhetoric leads to violence. Well, he wasn't really "defending himself" from anything, so much as just spewing his usual free-associative garbage.

He "jokingly" suggested that Democrats had purposefully orchestrated a mass murder for their own political benefit. He incorrectly asserted that "every association that any act of violence has been made with the conservative right has fallen on emptiness." He said that now the government will take away your guns, along with "as many political freedoms as they can manage." (So you'd better stock up on guns, and you'd better fear and hate the government!)

Then he said that Democrats and liberals are doing everything in their power to aid and help the man who tried to assassinate a Democratic member of Congress, because the sheriff said something mean about Rush Limbaugh.

Yes. Right. The Democrats don't want Jared Loughner to be convicted of murder, because Democrats are objectively pro-murdering Democrats.