About that Republican who supports gun control ...

After the Arizona massacre, Rep. Peter King wants to make it illegal to bring a gun near a government official 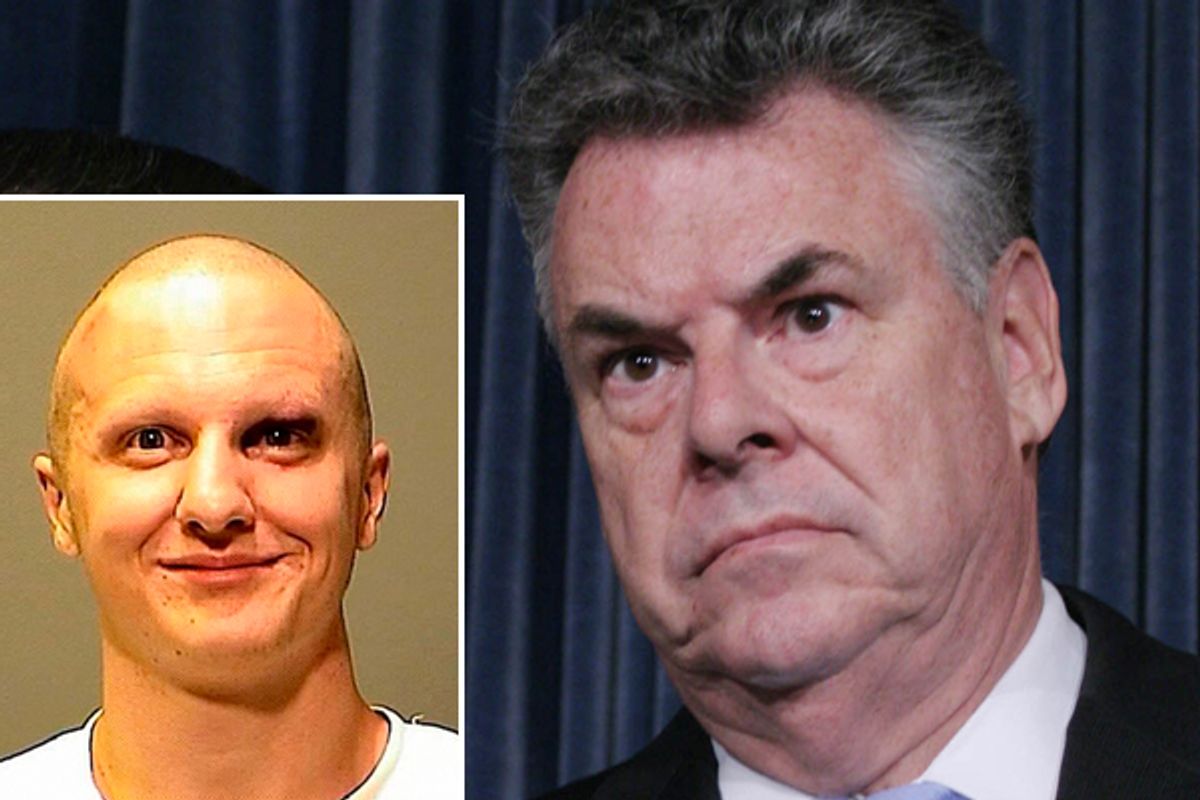 Rep. Peter King, a Republican from New York, is planning to introduce legislation that would make it illegal to bring a gun within 1,000 feet of a government official, according to a person familiar with the congressman's intentions.

As I explored in a piece today, the chances that gun control legislation will pass through this Congress, even in the wake of the Arizona mass shooting, are slim.

But still, it's worth considering King's proposal. And if the goal is to prevent further incidents like the one on Saturday, it seems fair to conclude that King's legislation would not have any effect at all.

Consider if such a law had been in place when Jared Loughner went on his rampage Saturday. Nothing would have changed, except that he would now be facing one or two extra felony charges, on top of the five federal murder and attempted murder charges he already faces (and the state charges that are expected later).

There are other criticisms of King's reported proposal, too. As Huffington Post snarked on Twitter, "Someone please explain why we're introducing bills keeping guns 1000 ft away from gov't officials but not 1000 ft away from...er...people?"

What makes more sense as a preventative measure is Rep. Carolyn McCarthy's proposal to restrict access to high-capacity magazines of the type used by Loughner. At least for now, though, that idea seems to be garnering little GOP support.