Who else has played the "blood libel" card? 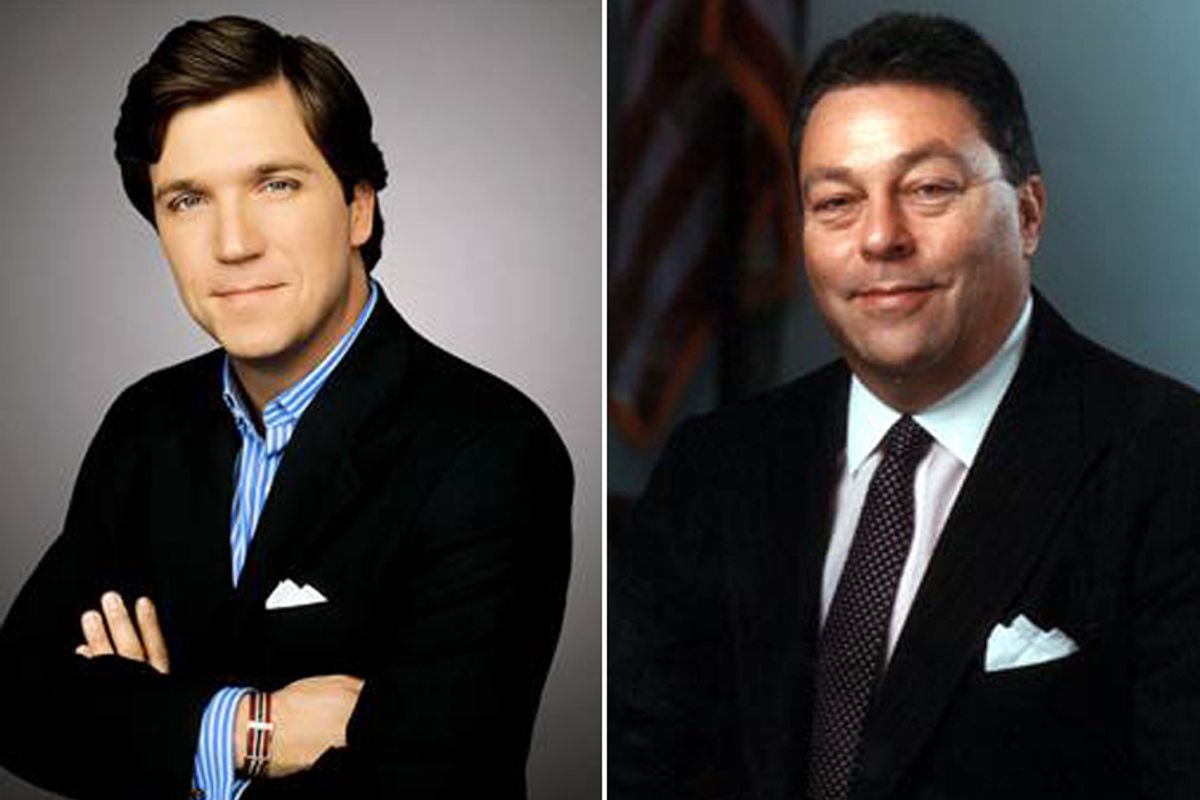 Sarah Palin's decision to accuse journalists and pundits of "blood libel," a term with medieval roots that refers to false accusations that Jews use the blood of children in their religious rituals, is threatening to overshadow the rest of her videotaped response to Gabrielle Giffords' shooting.

Specifically, Palin's "blood libel" charge refers to the reminders of her "Don't retreat, reload!" rallying cry (and of her website, which once showed Giffords' district framed in cross hairs) that have featured prominently in coverage and commentary of the Tucson tragedy. "[J]ournalists and pundits," she said, "should not manufacture a blood libel that serves only to incite the very hatred and violence they purport to condemn."

Credit for her use of the phrase is being given to Glenn Reynolds, the conservative pundit who employed it in a Wall Street Journal Op-Ed on Sunday ("The Arizona tragedy and the politics of blood libel"). Reynolds told Ben Smith in an e-mail this morning that "I don't necessarily know that Palin picked up the phrase from me -- I think a lot of people in the blogosphere were using that description." Some are wondering if Palin even understands the historical significance of the term, which, according to the ADL's Abe Foxman, "has become part of the English parlance to refer to someone being falsely accused."

A quick scan of cable news transcripts from the last few deacdes confirms that "blood libel" is rarely invoked in the context of domestic politics. Its use is generally limited to discussions involving Israel and history. But there are previous examples of commentators seeming to use it in a broader context:

The problem for Kerry here is that two years ago, Joe, he did not talk like that when he was undergoing a blood libel by the Swift Boat people. If he had stood up two years ago, in July of 2004, and looked into the cameras with the same intensity he showed today on this issue and said, Hey, I didn't see Dick Cheney on the bow of my boat in the Mekong Delta, we might have a different president today. That didn't happen then, and so he's playing catch-up in terms of his reputation now.

* Tony Blankley, discussing a Time report on a possible massacre of Iraqi civilians by U.S. Marines on "The McLaughlin Group" (6/06):

Look, to answer your first question, this is -- if the allegations are true, they're individual crimes for the men who committed them and individual tragedies for the victims. But as Eleanor correctly stated, these things unfortunately happen when you put young men under the stress of battle. In World War II, plenty of American GIs shot cold-bloodedly German POWs.

The point is, this is going to be used and it's already being used by the opponents of the president, domestically and abroad, as a blood libel, not just against these young men, but against the military service and against the country. I've already been on one show this week where they were tarring the entire honor of the American men and women in uniform. It's going to be -- Pat's correct; it's going to be a propaganda catastrophe for the United States.

* Tucker Carlson, accusing the Center for American Progress of blood libel on "Crossfire" (3/04):

At about the same time Attorney General Ashcroft was being wheeled into the operating room, the a liberal think tank, Clintonite Center For American Progress, was resurrecting a blood libel against him. In an e-mail sent out this morning, the center implies that Ashcroft knew about al Qaeda's plans to hijack commercial airliners before it happened and for that reason refused to fly in anything but private planes in the months preceding 9/11.

Strictly speaking, this charge is false. Ashcroft did stop flying commercial, but it was because of domestic, not terrorist threats. But it's worse than that. It is the ugliest possible conspiracy theory and it's a destructive one, too. If you don't like Ashcroft's policy, attack them, critique them. But don't accuse him or any other American of knowing about 9/11 in advance. It's just too much.

PESCA: But it was another quintessential New York movie, Woody Allen's "Stardust Memories," which gave rise to the slur which has become blood libel to the pigeon proponents.

Mr. WOODY ALLEN (Actor): (As Sandy Bates) No, it's not pretty at all. They're rats with wings.