Can Britney come back?

Her new single storms the charts -- but does her image make sense in a post-Gaga world? 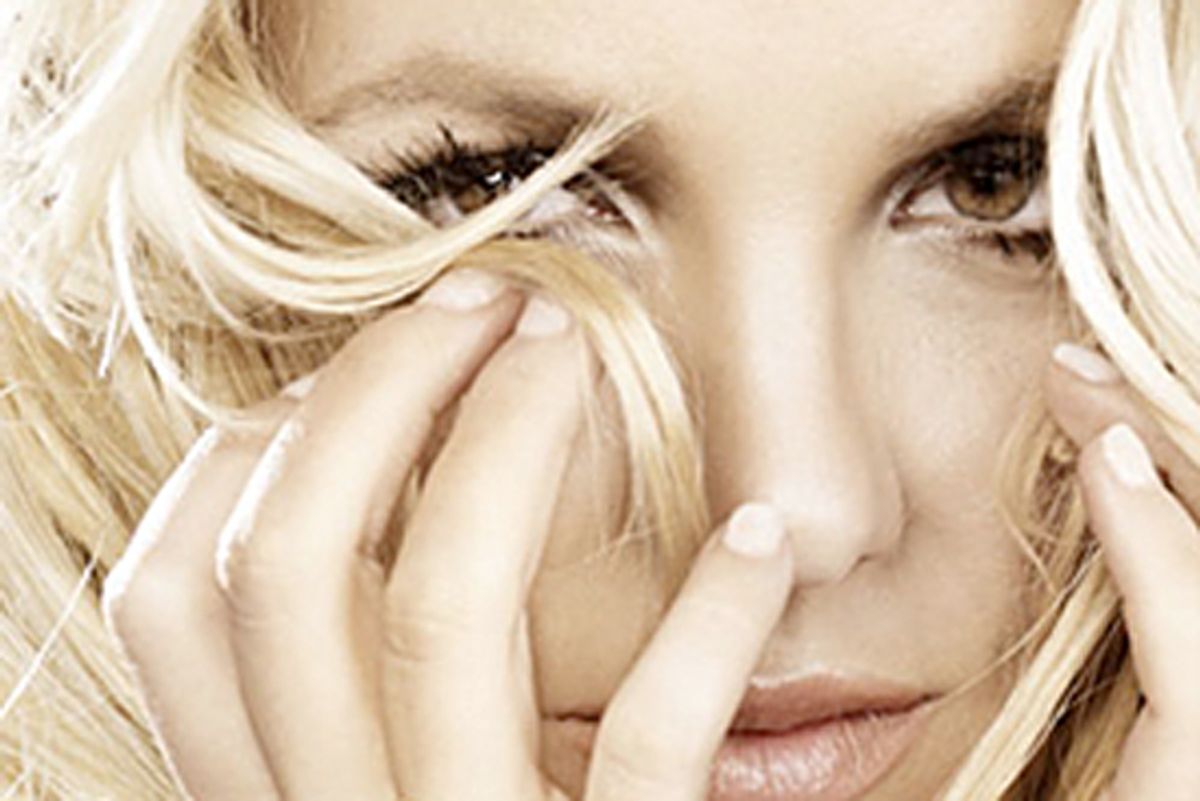 What's the insistent thumping sound coming from the radio? What's that "Love Boat" double entendre doing at the top of the charts? It can only mean one thing -- like a disco beat snowstorm, Britney's back, blanketing our winter with metallic purrs and owwwwwws.

Her much ballyhooed new single, "Hold It Against Me" (as in that time-honored request, "If I said I want your body now, would you hold it against me?"), dropped Tuesday and promptly rocketed to the top of the iTunes chart. It's already 16th on the Billboard radio play chart, which means that if you haven't heard it yet, don't worry, you will by dinnertime.

The Max Martin- and Dr. Luke-produced song itself is quintessential Britney -- all glitter and earworms and aggressive come-ons -- and that's obviously the point. After spending the better part of the last several years melting down, Spears likely doesn't want to spring any surprises on her loyal fans. In the past decade, she's been married twice, had two children, and done time in rehab and the psych ward. The woman has been to some dark places, and her very public failures and flubs are no doubt a huge part of her present success. Maybe another artist would choose to release some quasi-soul searching, been-through-the-fire and I'm-a-survivor empowerment anthem for her return, but Spears didn't get famous for her pop gravitas. She knows what her audience wants: They want dancing with a snake at the VMAs Britney, not dead behind the eyes, missing her cues at the VMAs Britney. They want her blond, they want her horny, and they definitely want her head unshaved. Come to think of it, even people who aren't her fans would likely prefer her that way. And by God, that is what she will give them.

But things have changed around the old place since you went away, Britney. There's always room on the charts for a singer who can offer a few dance hooks in a girl-gone-wild package, but really, Ke$ha's picked up that baton pretty nicely. In the meantime, Lady Gaga has almost single-handedly reinvented the blonde dance beast aesthetic, proving that a catchy tune, a degree of musical virtuosity, and a bold artistic vision are not all mutually exclusive. As a colleague mused recently, Britney after Gaga is like going back to the greatest bar in your midsize hometown after a year in Manhattan. It's still comfortable; it just doesn't seem as eye-popping.

Everybody loves a comeback, and while Britney has had a long and often humiliating road to come back from, she's made a concerted and often shrewd effort not to detour from it over the past year. She's managed to dominate Twitter,  amassing millions of followers with her innocuous observations. (She -- or her Twitter handler -- may not be as entertaining as Kanye, but she's not as unhinged as Courtney Love either.) She cheekily whet the public appetite for her charms via last fall's Britney-themed episode of "Glee," a greatest hits package of her most memorable video moments repurposed for a new generation.

Yet as she seductively claws her way up the Billboard chart this week, leaving her stiletto footprints on Katy Perry and Pink, it's hard not to question how classic Britney will ultimately hold up in the crowded field of pop tarts. There are worse fates that could befall a woman who's seen such hard times than to stage a sales-shattering triumph. And she could keep pumping out coolly efficient disco beats from now until the apocalypse. When her new album releases next week, however, wouldn't it be encouraging if it displayed even a whiff of Kanye-level introspection, of Gaga-caliber risk? She's still the hot blonde. But as she veers toward 30, she can't keep partying like it's 2001 forever. And her career longevity depends on being the woman who doesn't just ask the world to "Gimme More," but shows her fans she's learned she can bestow something more.