Everyone coming up with bad new Congressional security ideas 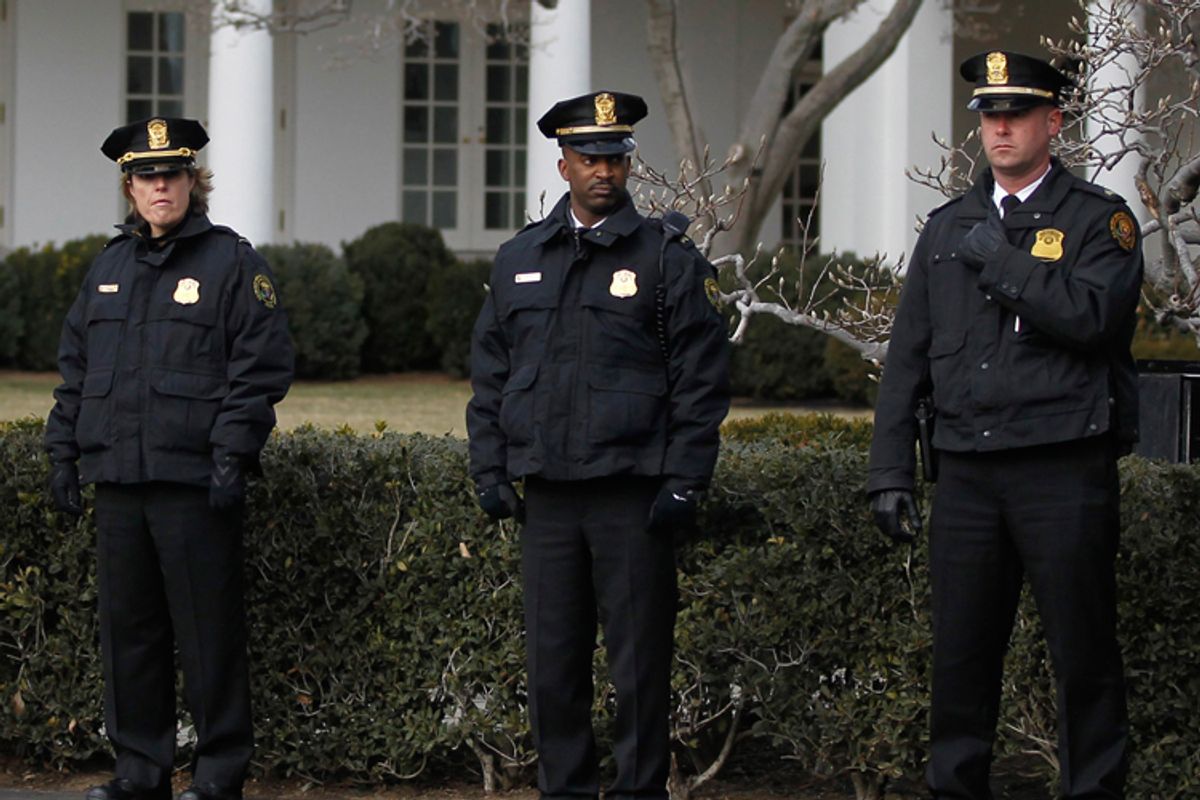 Uniformed Secret Service members in Washington during a moment of silence for the Arizona shooting victims.
--

The most darkly comic thing about Peter King's proposed gun control bill was that it was designed solely to protect members of Congress from guns, in response to a massacre in which multiple civilians were killed. The events of this last weekend aside, violence against members of Congress is exceedingly rare. Violence against everyone else in America, depressingly less so. But even if there is no awful legislation that emerges from this tragedy, I'm sure that there will still be an increase in security theater surrounded our elected officials. The eternally useless Luke Russert has fixated on the supposed need to boost congressional security in his every MSNBC appearance since Saturday. Today, Marc Ambinder talks to some security professionals who offer the sort of ideas that security professionals would offer.

Dressing up aides like make-believe Secret Service agents will apparently deter would-be attackers. As will rope lines for public appearances, and sign-in tables.

And why not just surround yourself with cops? "Local police officers tend to be less intimidating than private bodyguards and often are seen as members of the community, so their presence isn’t likely to deter anyone who is friendly from attending an event." That is certainly not the case in... certain communities.

"Safety is nearly assured when the setup keeps the nearest members of the public more than 25 feet away from the protectee,” a guy who runs a private security firm says. And members of Congress are even safer when they are kept a million feet away from civilians.

Obviously, telling members of Congress to sit closer to exits is better than paying for everyone to have an unnecessary armed escort every time they meet their constituents in public, but all of it falls under the heading of "bad responses to awful tragedies."