Sarah Palin will never be president 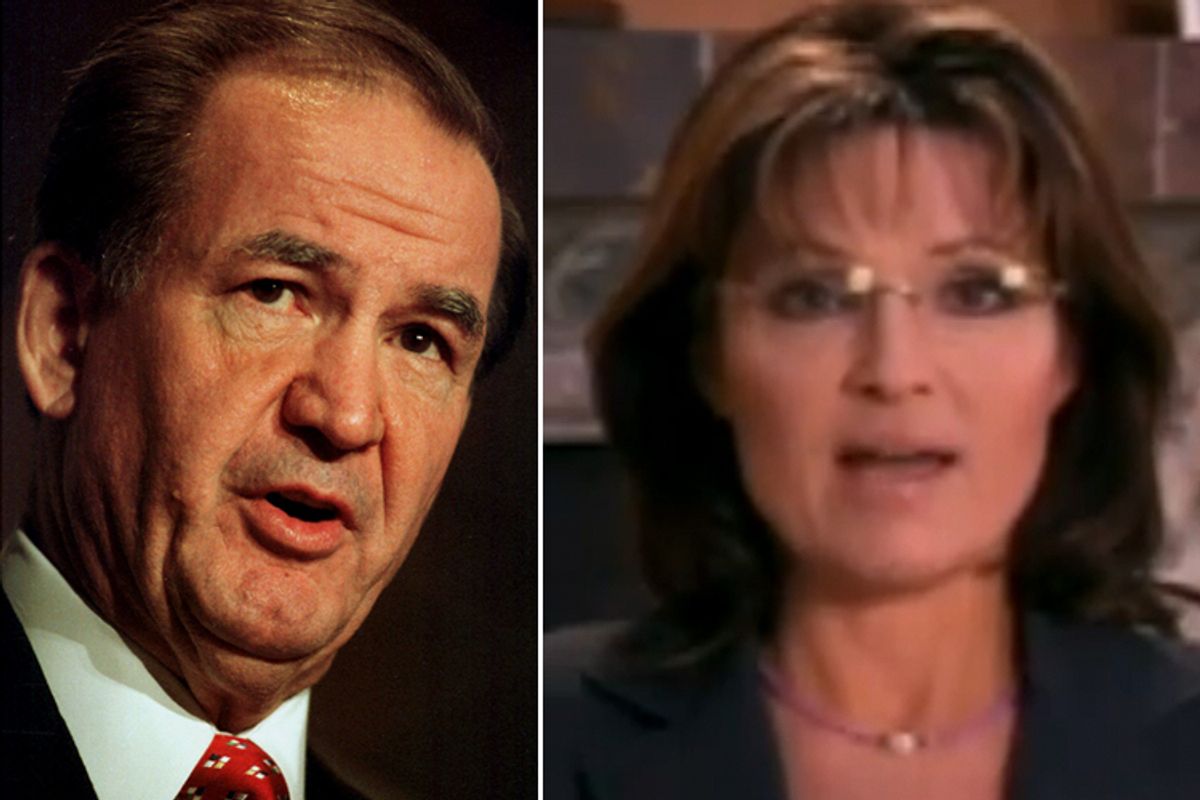 I don't know what's worse: That Sarah Palin knew the term "blood libel" has historically been a cornerstone of anti-Semitism (it specifically refers to the gruesome lie that Jews murdered Christian babies to use their blood in matzoh) or that she's so ignorant she didn't know what "blood libel" meant.

I am honestly not sure which is true, but I know one thing, having watched her atrocious, tone-deaf, all-about-me video: Sarah Palin will never be president of the United States.

The narcissism required, on a day the nation is commemorating the Arizona shooting victims, to put her own sense of victimhood front and center, is stunning. The "blood libel" idiocy may be the worst of it, especially given that Giffords herself is Jewish. But that's not the only thing wrong with her performance. Hilariously, after all the times she's mocked President Obama for using a teleprompter, you can see a teleprompter screen reflected in her eyeglasses throughout much of her Facebook chat. Seeing the flickering teleprompter in her eyes is eerie; it's where some flicker of her soul should be, but you don't see any. Looking into Palin's eyes, you see a blazing, self-pitying anger that's shocking, even for the self-described "pit bull in lipstick."

Palin delights in shocking us; this rant is worse than most of what she's done, but it's all of a piece. She'll rally her friends to her side and further alienate those who already hate her, but she may add new people to the latter group. Her friends are already circling the wagons: On Twitter this morning, the National Review's Kathryn Jean Lopez defended Palin and said "'blood libel in purest sense of the phrase' is how one political insider approvingly spoke of palin's use of the phrase to me this morning." In the purest sense of the phrase? Really? "Blood libel" in the purest sense can't possibly have anything to do with the criticism Palin has experienced since the Tucson shooting. National Review founder William F. Buckley must be in despair over the folks who've inherited his project. Buckley kept John Birch anti-Semites out of his magazine, and in 1999, Buckley devoted a whole issue to his 40,000 word essay (which became a book) "In Search of Anti-Semitism," examining examples of right-wing animus against Jews in modern-day conservatism. Buckley sadly concluded that his friend Pat Buchanan's attacks on Jewish neocons (while ignoring the movement's non-Jews) amounted to more than "mischievous generalizations"; they were anti-Semitic.

Predictably, Pat Buchanan defended Palin on MSNBC today. "Frankly, I thought it was an excellent statement with regard to the phrase 'blood libel'," Buchanan said. "That, of course, refers to the libel that was used in the Middle Ages, charges against Jews that were utterly unsupportable slanders and I think she's using it in that context." That statement makes absolutely no sense, of course.

Buchanan went on to say that Palin "is not a dispenser of hate, she's a victim of hate." Buchanan's seal of approval isn't likely to reassure Jewish voters. But at least one Jew has defended Palin: Alan Dershowitz, who's already proven he's happy to flout Jewish social teaching by defending torture, said he's fine with her use of the term. But many Jewish groups, from the liberal J Street to the often conservative Anti-Defamation League, have criticized Palin's use of the hateful term.

I'm not making the case here that Palin is anti-Semitic (although it's interesting that one of her first advisors was Fred Malek, the guy who counted the number of Jews in the Nixon administration for Buchanan's old boss). More than any other American president, Palin reminds me of Richard Nixon, who rode a coalition of resentment and grievance to the presidency. Nixon had his own deep well of self-pity, immortalized in his famous "last" speech in 1962, where he promised, "You won't have Nixon to kick around anymore." But Nixon also learned from his loss to John F. Kennedy and the reaction to his "last" speech to project more leadership and less anger and bitterness. Palin hasn't learned anything since she lost her campaign for the vice presidency in 2008, except how to "reload" on her enemies after criticism.

Tuesday's speech isn't really surprising, but it did make it plain to me: Palin can't be president. She's a divider, not a uniter, and she can't even pretend to be anything else. Americans won't forget that while Giffords and other shooting victims were still hospitalized, Palin was tending to her own psychic wounds. So very petty, so hugely unpresidential.