The hell of living with a schizophrenic

I don't know the Loughner family, but after struggling with my mom, I understand how awful this illness can be 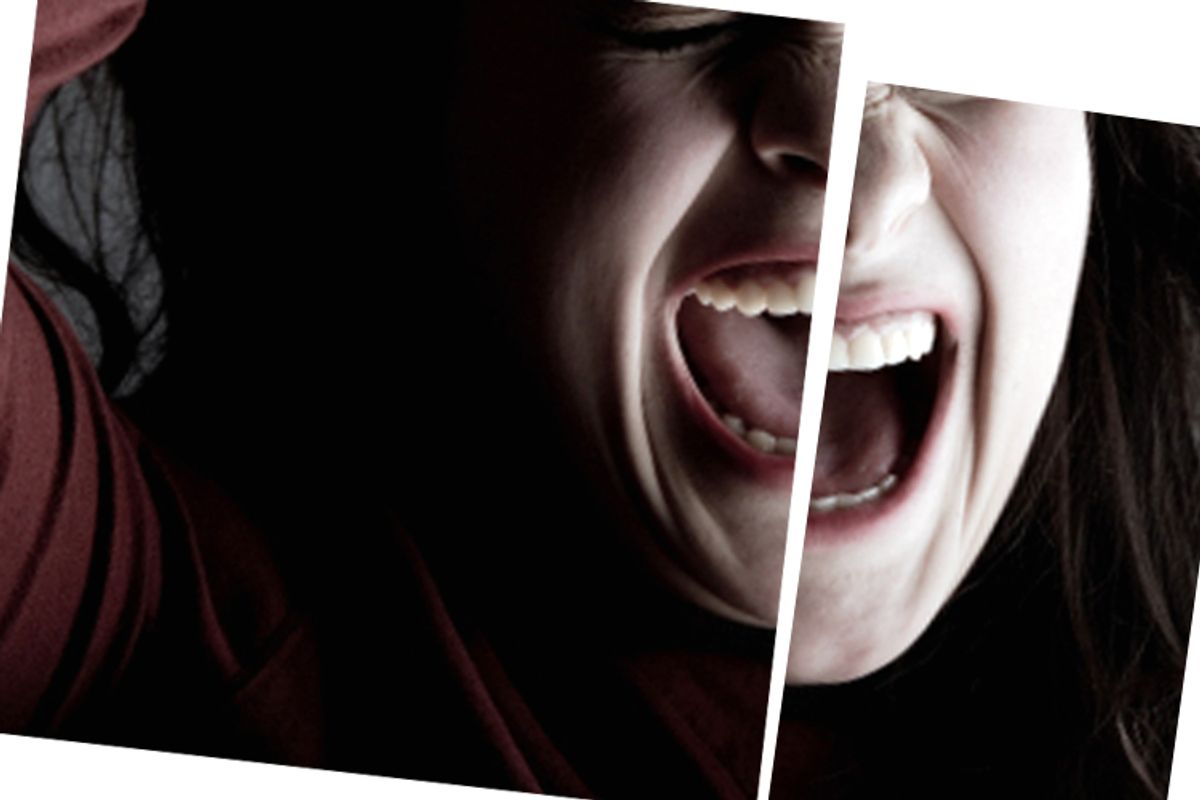 Every time schizophrenia makes the news, I cringe. The experts are trotted out to speak about how seldom persons suffering from schizophrenia actually engage in violent acts -- especially if they are under proper care. Others discuss the rights of schizophrenics. What they seem to ignore is that nothing really requires persons with schizophrenia to stay in treatment, to consistently take medication that keeps their symptoms at bay, even when they have dependent children in their care.

My mother was a schizophrenic, in the bad old days of the '60s and '70s. This was the Family Secret. For a good 10 years, she went untreated and undiagnosed. My father couldn't understand what was going on with her. It started with her being "high strung" and somewhat neurotic in her early 20s. Easily slighted, quick to cry, she kept house and home obsessively and creatively. She cooked well, made clothing and slipcovers and seemed a tightly wrapped, perfect '50s wife. And then she unexpectedly became pregnant with my sister when I was 10.

I'll spare you the dirty details of growing up with an unmedicated, paranoid schizophrenic mother who views you as the proxy for all that is out to get her. It wasn't pretty. Her emotional disconnection from her acts. Her deterioration into an unkempt, almost bestial state. The only thing that ended her run was when she went too far and harassed the neighbors to the point where the police intervened. The day she was taken by the police (I was 15, and just home from school; my sister was 5; Dad was out of town on business) I exhaled for the first time in five years. She was gone, in the state mental hospital. Thank God.

Imagine my surprise when two days later she came home. Drugged to the max on Thorazine, a blob in the back bedroom. Declawed, defanged.

The next 10 years were an up and down period in which the drugs switched out. She often took them, but just as often not. I got married at 18, in part to separate myself, go to college, try to have a life. I rescued my sister from "home" more than a few times. My father was a sweet man, a Mr. Rogers sort, but constitutionally unable to find a way to either commit her, or divorce her, or somehow get her out of our lives. He loved her, still. Underneath it all. He couldn't reconcile what she became with what she had been, yet he kept trying. To us kids, it felt like he'd chosen her over us. He didn't have the money to have her placed somewhere nicer than the state hospital. He didn't have the knowledge and the emotional fortitude to insist that she maintain treatment. And so, he soldiered on and conscripted us.

I understand treatments nowadays can be more effective. But, at the same time, nothing requires persons suffering from schizophrenia to take them. And the ailing parent has to act out pretty badly before children are removed from the scene. The goal is always to keep the family together. From my point of view, this mindless romantic vision of family is deeply flawed, and doesn't do much for the children.

I never wished my mother dead, exactly, but I wished her out of my life. Somewhere safe, and pleasant and clean where she could either carry on with her distorted worldview or receive appropriate, non-optional treatment. Her illness had gone on so long that she had no foundation at all of "mothering" in any positive way. Both my sister and I sought counseling in adulthood, wrestled with whether or not to be mothers, and how to be mothers. Made some bad choices at times. Having watched our father sacrifice his entire adult life to the care and feeding of a person whose flatness of affect, medicated or not, precluded a normal adult relationship. What a waste.

When I hear about schizophrenia in the news, my first thought is not for the person suffering from schizophrenia, but for the children, the spouse, the parents, the siblings. To be sure, the person with mental illness needs concern and care, but let's not forget other victims. And let's make it a whole lot easier to acknowledge their suffering, and their possible inability to be honest about the cost.