Raising the retirement age discriminates against the poor. The rich aren't just richer -- they live longer too 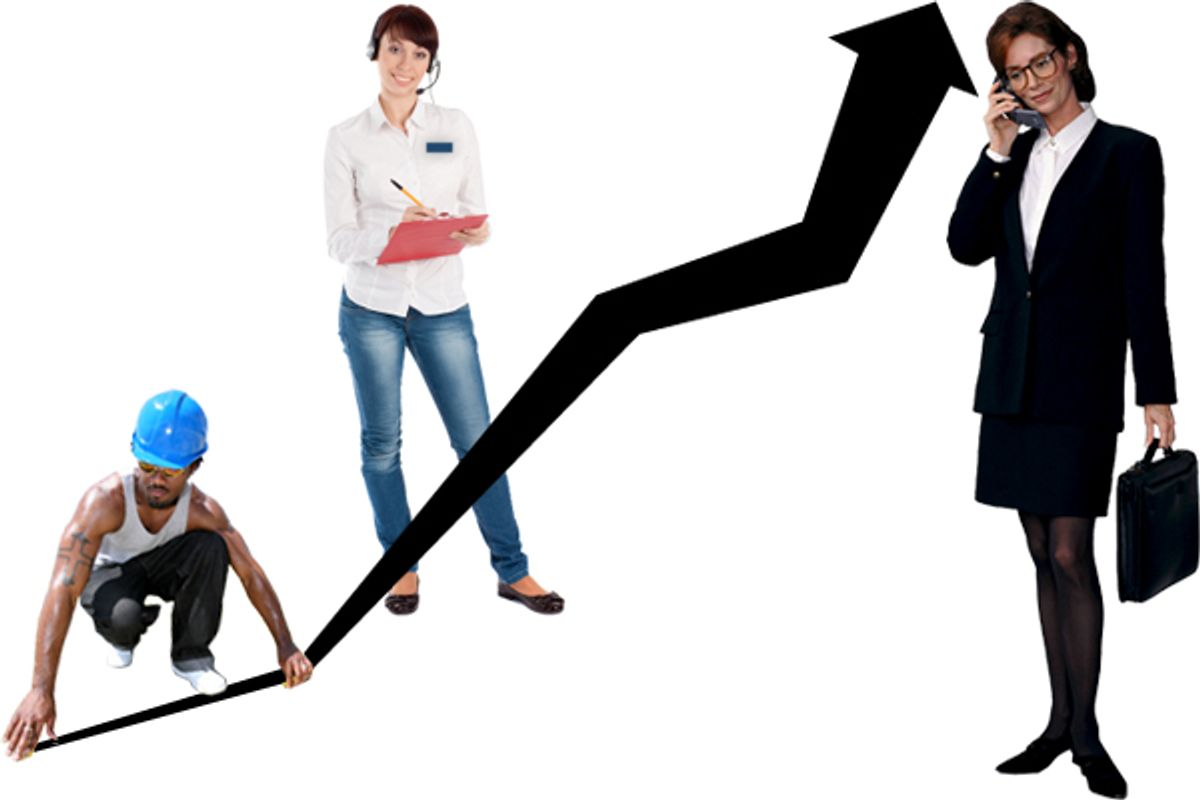 With Republicans running the House and a knock-down drag-out fight over the federal budget looming, you can be sure that we're going to be hearing a lot more about "fixing" Social Security during the months ahead. One clue as to what this might mean can be found in the Roadmap for America's Future, a game plan outlining the Republican agenda cooked up by the powerful new chairman of the House Budget Committee, Wisconsin's Paul Ryan.

Most of the Roadmap's prescriptions for Social Security cover the familiar conservative call for "personal accounts" in which workers invest their payroll taxes into funds managed by the U.S. government. George W. Bush's failure to get a similar proposal to the floor of a Congress completely controlled by Republicans suggests that it is unlikely any progress will be made in that direction in this Congress. But then comes this:

Modernizing the Retirement Age. When Social Security was enacted, the average life expectancy for men in America was 60 years; for women it was 64. Today, average life expectancy has increased to 75 years for men and 80 years for women. Life expectancies are expected to continue lengthening throughout the century. Given these facts, and the choice among many Americans to work additional years, this proposal extends the gradual increase in the retirement age, from 65 to 67, occurring under existing policies, and speeds it up by 1 year. Once the current-law retirement age reaches 67 in 2026, this proposal continues its progression in line with expected increases in life expectancy. This will have the effect of increasing the retirement age by 1 month every 2 years. The retirement age will gradually increase until it reaches 70 in the next century.

A gradual increase in the Social Security retirement age is the kind of proposal that is just innocuous enough -- and seemingly sensible -- to get bipartisan support. Ryan is far from alone in pushing the notion. The Fiscal Commission co-chaired by Erskine Bowles and Alan Simpson made a similar recommendation last fall, and some prominent Democrats, including former Majority Leader Steny Hoyer and former Majority Whip James Clyburn, signaled support for higher retirement ages over this past summer. Life expectancies are rising, Americans are working additional years, and raising the retirement age would save money.

But unless legislators take great care in exactly how they implement a higher retirement age, Ryan's flat rate hike could be a very bad idea. At least, that is, if we care at all about social equity. Because not all life expectancies are alike. In the U.S., for example, women live longer than men, whites live longer than blacks, and the rich live longer than the poor. We don't have access to terrific data when it comes to breaking down life span by occupation, but one comprehensive British study divided workers into five different socioeconomic groups and found that, in the lowest group, unskilled manual laborers had the lowest life-span expectancies, while doctors were at the top. (Journalists, if anyone cares, were in the second highest tier. Waiters and waitresses were in the second lowest. )

And it gets worse. Although life-span expectancies for all groups have been growing for the last century, the gains have been much stronger for the wealthier classes over the last few decades. Just as income inequality has grown, so has life-span inequality. A study published by the Congressional Budget Office in 2008 found that "there is a growing disparity in life expectancy between individuals with high and low income and between those with more and less education."

The implications of a continued widening of the gap in life expectancy by socioeconomic status are clear for Social Security ... a widening gap would... reduce the program's progressivity -- the extent to which it redistributes resources from high-income to low-income beneficiaries on a lifetime basis.

The numbers tell as brutal a story of the consequences of socioeconomic stratification as one could ask for. The British researchers found that for the cohort of men born between 1972 and 1976, the average life expectancy of a member of the highest socioeconomic class was 71.9 and for the lowest, 66.5. For the cohort born between 2002-2005, life expectancy for those at the top had risen by 8.1 years, to 80. For those at the bottom, only 6.2, to 72.7. In 30 years, the "life-span inequality gap" had risen from 5.4 years to 7.3. A study on U.S. life expectancy by researchers at the U.S. Department of Health and Human Services came up with similar evidence of "substantial and increasing disparities in US life expectancy over time"; between 1980 and 2000 "the gap between the least-deprived and most-deprived groups widening from 2.8 years in 1980-82 to 4.5 years in 1998-2000."

The CBO theorizes that "differences in the availability of high-quality health care before age 65 and in lifelong health habits might play an important role" in explaining the different life expectancies for different socioeconomic ages. So perhaps in a country where everyone had access to good healthcare, there wouldn't be a growing disparity in expected life spans. But as long as that disparity does exist, and as long as it keeps getting worse, an across-the-board hike in the Social Security retirement age would be one of the most regressive ways we could "fix" the jewel in the American social welfare crown.