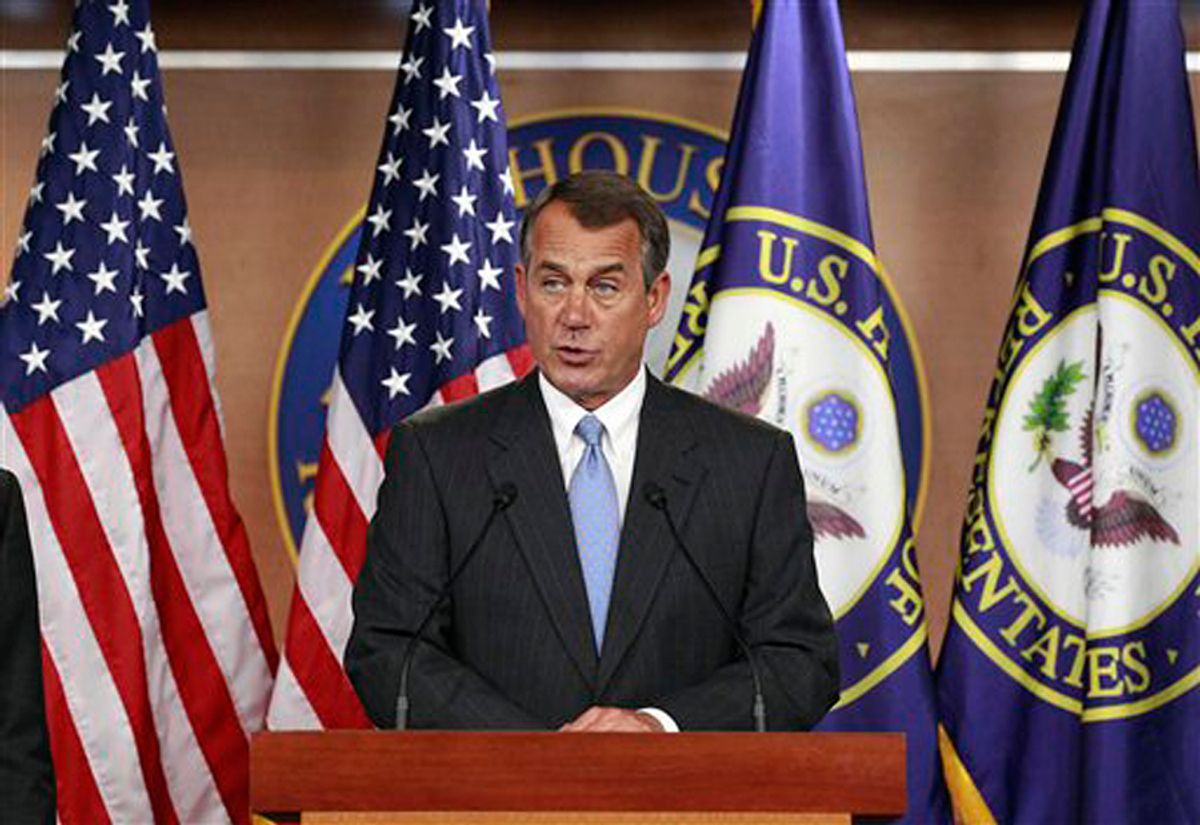 Louie Gohmert introduced a cheap solution to the incredibly rare threat of psychotic gunmen targeting members of Congredss -- just have lawmakers show up to work armed -- but nearly every other proposal costs money. There's a problem, though, as identified by The Corner: The House of Representatives just voted to cut their own budgets by $35 million, because of the deficit. Uh oh! What happens when post-tragedy hysteria and security overreach meets the GOP commitment to shrinking the government? Usually, overreach wins.

I am guessing, for example, that encasing the entire Congress in protective Plexiglas, as Republican Dan Burton has proposed, will cost more than the $35 million saved by slashing everyone's office budget.

Rep. Jesse Jackson (D-Ill.) has proposed that the 5% budget cut be un-cut, and that 10% then be added for security at district offices. For once I find myself thinking that Long Island Tea Party freshman Michael Grimm sounds very reasonable when he says we should just let the Capitol Police come up with suggestions of their own a little bit later, instead of immediately proposing that all members receive Popemobiles.

So far Boehner seems to prefer the low-cost approach to Congressional security, which means incredibly silly-sounding briefings about how to go around like you're in a "Bourne" movie, ramming through "terrorist roadblocks" and so on. But low-cost approaches can be just as awful as expensive ones, and I am sort of looking forward to what ridiculous and hopefully useless-but-draconian new security ideas members from both sides of the aisle will come up with in the coming weeks. Portable back-scatter naked machines for town halls! Armed interns! Anything's possible, when you're terrified.