Bullet images in the aftermath of a tragic shooting rampage 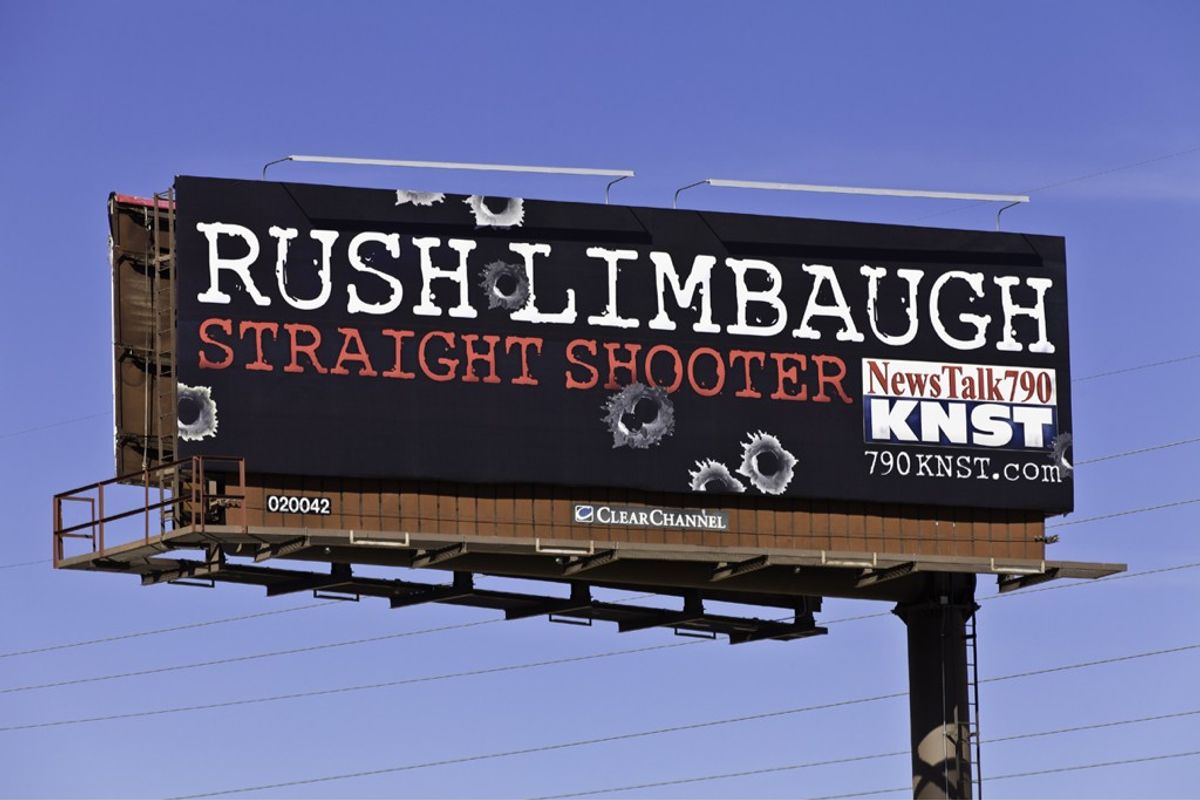 This image of a billboard made its way around the internet this morning. Originally uploaded on Tuesday by reddit user cablos, the photo was purportedly taken near the scene of the shooting in Tucson, Arizona.

Of course, it's entirely possible that the image is old. Or not in Tucson area. Or Photoshopped. The radio station featured in the lower righthand corner -- KNST, indeed a Tucson based AM news station -- is likely responsible for the now (very) inappropriate artwork.

No one at the station could be reached for comment, but plenty of people on Twitter have something to say…

Update
The radio station has said that the billboard has been taken down, and had no further comment.