Updates on Mohamed, WikiLeaks and Manning

The 19-year-old remains in Kuwait where the U.S refuses to help him but continues aggressively to interrogate him 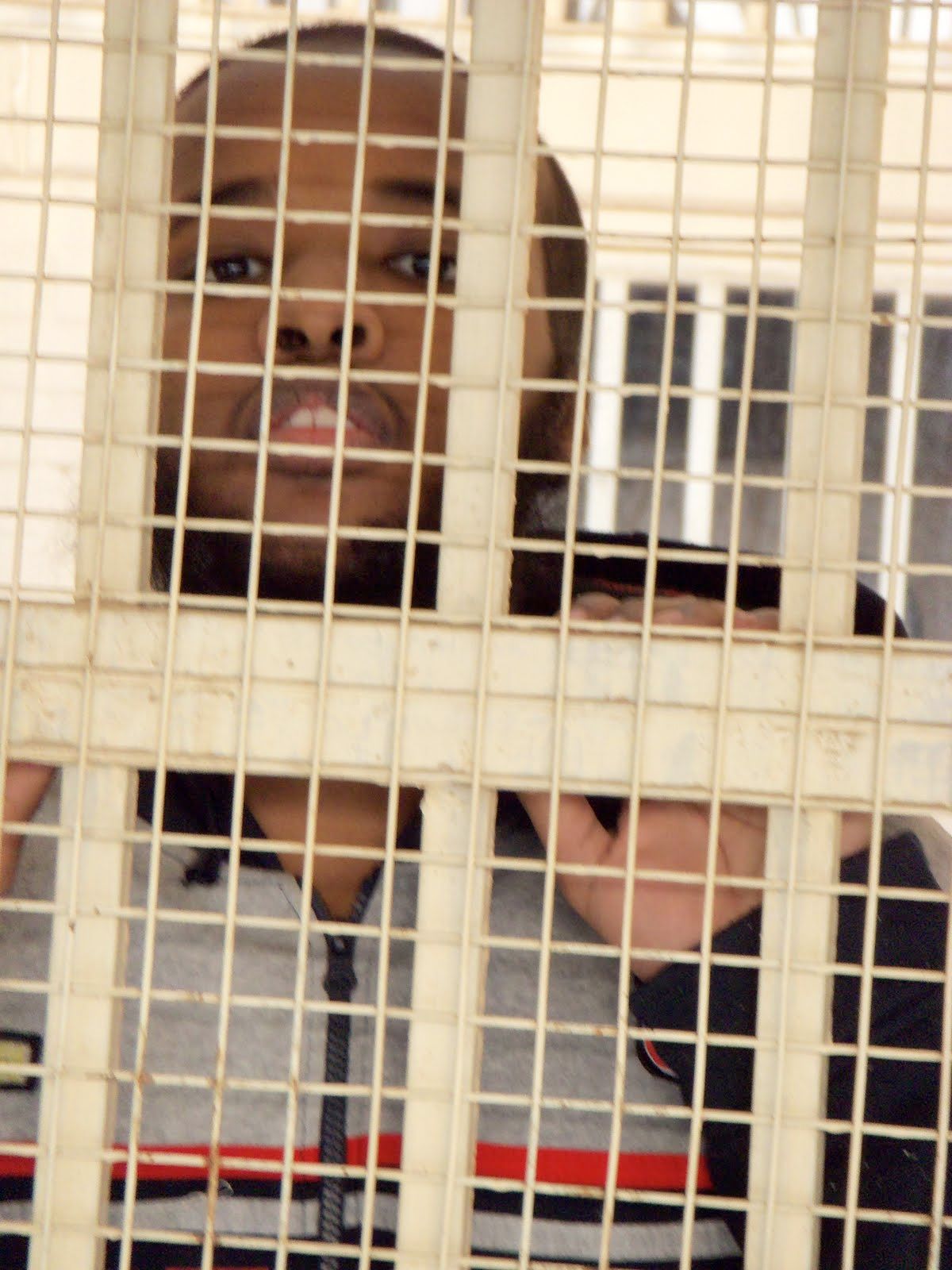 This photograph of Gulet Mohamed in detention was taken by his brother.
--

There are three updates to note about issues I've written about over the last week:

(1) Gulet Mohamed -- the Somali-born American citizen who just turned 19 and who described how he spent a week being interrogated, beaten and tortured by unknown captors -- remains in custody in Kuwait despite not being charged with any crimes or wrongdoing of any kind.  As his lawyer said in an interview with me on Tuesday, it is the Americans, not the Kuwaitis, who are responsible for his ongoing detention by virtue of placing him on the U.S.'s no-fly list -- likely, they believe, in order to enable his ongoing interrogations by the FBI without a lawyer or other legal protections to which he'd be entitled if he returned to the U.S.

Yesterday, Mohamed's lawyer told me that while American officials do nothing to help him (and much to ensure his ongoing detention), Mohamed was visited again by FBI agents and "interrogated aggressively for hours despite repeated requests that the interrogation stop until his counsel is present."  He added that "at one point during the interrogation, the two agents started screaming and yelling at Gulet inches from his person," and that "a Kuwaiti official actually intervened at this point and directed the agents to calm down and not treat Gulet like they were."  As he put it:  "Gulet has to rely on agents of the government that probably executed his torture to protect him from his country of citizenship."  The photograph of Mohamed in detention was taken by his brother yesterday.  A letter sent by Mohamed's lawyer to the Attorney General regarding the details of the FBI's conduct is here.

If Mohamed is guilty of anything, then he ought to be charged and prosecuted.  Forcing this 19-year-old to remain imprisoned and subjected to ongoing interrogations without the slightest explanation -- particularly after the ordeal to which he was subjected -- is a true travesty.  Denying his  constitutional right to return to his own country through a secret, unexplained placement on the no-fly list is even worse.  The American government has the obligation to assist its citizens in these circumstances, but in this case is doing precisely the opposite.   His attorney has written another letter to the Attorney General, but it appears as though legal action is necessary to redress his plight.

(2) Jacob Appelbaum -- the WikiLeaks volunteer who was detained and interrogated for hours and had his electronic goods seized the last time he attempted to re-enter the U.S., and who was told that this would happen each time he left the country and came back -- indeed encountered similar treatment on Sunday when he returned home from Iceland.  This time at the Seattle airport, he was again detained, questioned, and had his electronic goods taken -- all without a warrant -- though this time he purposely traveled without a laptop or cellphone (the only item he had with him was a memory stick onto which he embedded the Bill of Rights).  Appelbaum recounted his ordeal yesterday on Twitter, and BoingBoing has collected his narration here.

(3) This morning, the Bradley Manning Defense Fund announced that WikiLeaks has given the fund $15,000.  That brings the total raised for Manning's defense to more than $100,000, which guarantees that he will be able to pay for a vigorous defense.

UPDATE:  Regarding the issue I raised yesterday of the false claims being circulated about WikiLeaks' role in releasing a diplomatic cable concerning Zimbabwe, The Guardian, through its deputy editor, Ian Katz, has a good, straightforward explanation of this episode and the issues I raised.  I don't agree with everything Katz writes there, but kudos for addressing the issues with such clarity and transparency.  I wish all news organizations were willing to respond with even a fraction of that candor and openness when challenged.

On a related note, Armando at TalkLeft deftly highlights the key issue in this whole episode.