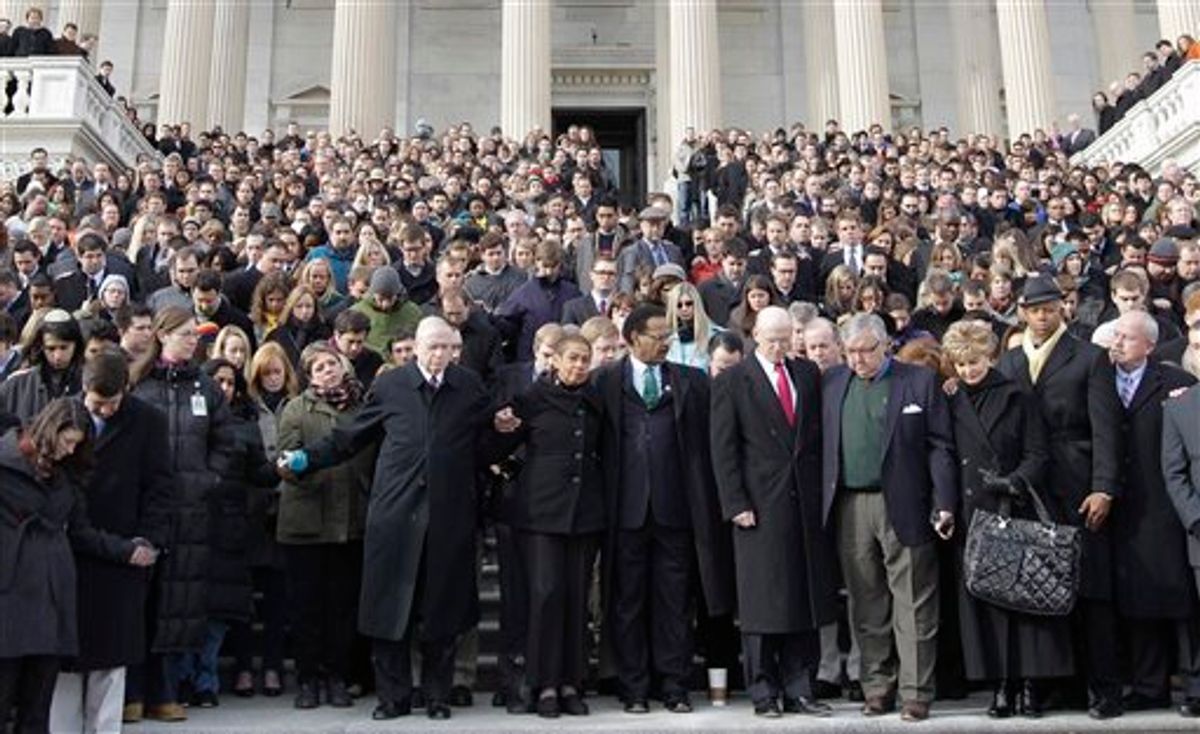 Jason Linkins has written a piece for the Huffington Post about the members of congress who've come up with ideas for legislation designed to prevent what happened in Tucson from ever happening again.

The problem all these ideas have in common, he points out, is that nobody has yet been able to get a handle on what actually caused the events. Instead, every proposal has been -- though well-intentioned -- reactionary, and not feasible in the long term. As he puts it, "a slow and thoughtful process that goes nowhere is infinitely preferable to rushing to pass the first crazy law that you barfed out of your brainpan while stewing in a broth of worry, adrenaline, and panic."

He lists each representative's proposed piece of legislation and makes strong cases for why they are either unenforceable, won't actually create change, or both. We've condensed the list here, so you can see who they are and what they're suggesting:

wants a 1,000-foot gun-free zone for all politicians. The problem is that the law is essentially impossible to enforce, and would be a burden to any politician who wants to take active steps to appeal to their pro-gun constituents.

Representative Bob Brady, D-Penn.
wants to outlaw violent rhetoric from the political discourse, specifically "bull's eyes or crosshairs." The problem is that this law is vague enough to be practically meaningless almost as soon as it's implemented. It also assumes that Jared Loughner was influenced by the political climate when he almost definitely wasn't. And while the elevation of our political discourse is obviously something to strive towards, it's something that has to be developed over time through the hard work of people well-meaning enough to go through it. A single law won't actually do anything.

Representative Louis Gohmert, R-Texas
wants to allow legistators to bring guns into the Capitol. The problems are way, way too many to count.

Representative Jim Clyburn, D-S.C.
wants to reenact the Fairness Doctrine, which was a law passed in 1949 requiring the FCC to mandate equal airtime to opposing views on radio broadcasts. The problem is that the law is nearly impossible to enforce, and generally not feasible, which is why it was repealed in 1987. The same way political rhetoric is shaped by the voters, radio rhetoric is shaped by the listeners, and attempts to regulate messages become overridden almost as soon as they're passed.

Higher wisdom suggests we let the debris settle before we come to any decision about what to do. If part of the debris is for the most telegenic pontificators in American politics to bluster their way to the forefront for a while, wait for that to settle, too.