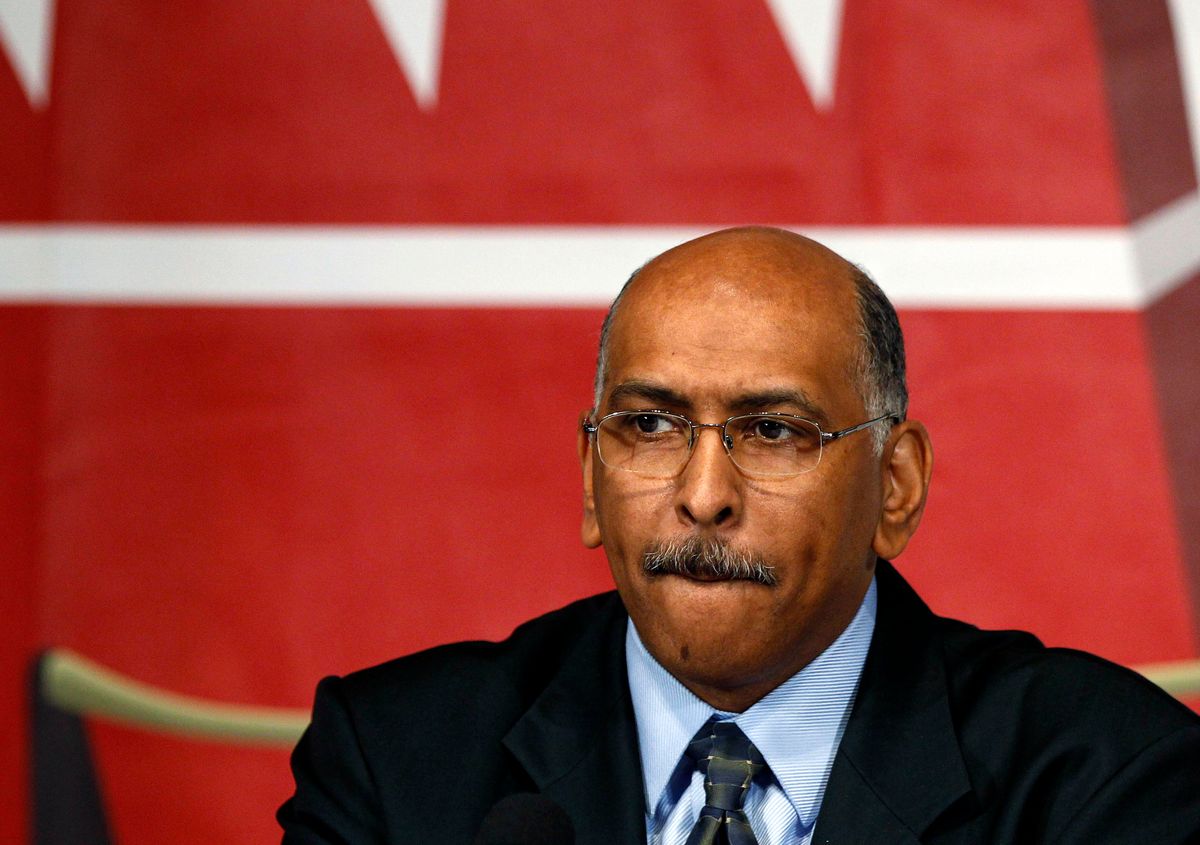 Today the Republican National Committee will either reelect their gaffe-prone national embarrassment of a chairman, who has kept his job this long solely because firing him would've called attention to just how awful he was, or they will pick someone else. Like maybe this guy:

This guy is Wisconsin Republican Party head Reince Priebus, who is apparently a front-runner for the chairmanship even though he was, according to the New York Times, "once part of Mr. Steele's inner circle," which means he was probably complicit in all the money-wasting and so forth.

The RNC is deep in debt and no one wants to donate to it anymore, which actually did not really hurt the Republicans in this last election, so maybe Michael Steele has a point. In a post-Citizens United world, why not have a laughingstock as the public face of the party while various secretive groups actually do the campaigning?

There are early vote tallies for the challengers floating around, but they are pretty meaningless, because the election will consist of several votes with secret ballots, and after the first couple it tends to be anyone's game.

Other leading candidates include Michigan's Saul Anuzis, who lost to Steele in 2009 and who is not as weird as Steele or Priebus, and two women -- Ann Wagner and Maria Cino -- who will probably receive some token support early on and then immediately fade from consideration.

Check back for exciting coverage of the election as it happens. It may be time to say goodbye to Michael Steele.