How to make a brilliant comic book movie

Slide show: From "Ghost World" to "Superman," we look at films that translate the medium into greatness 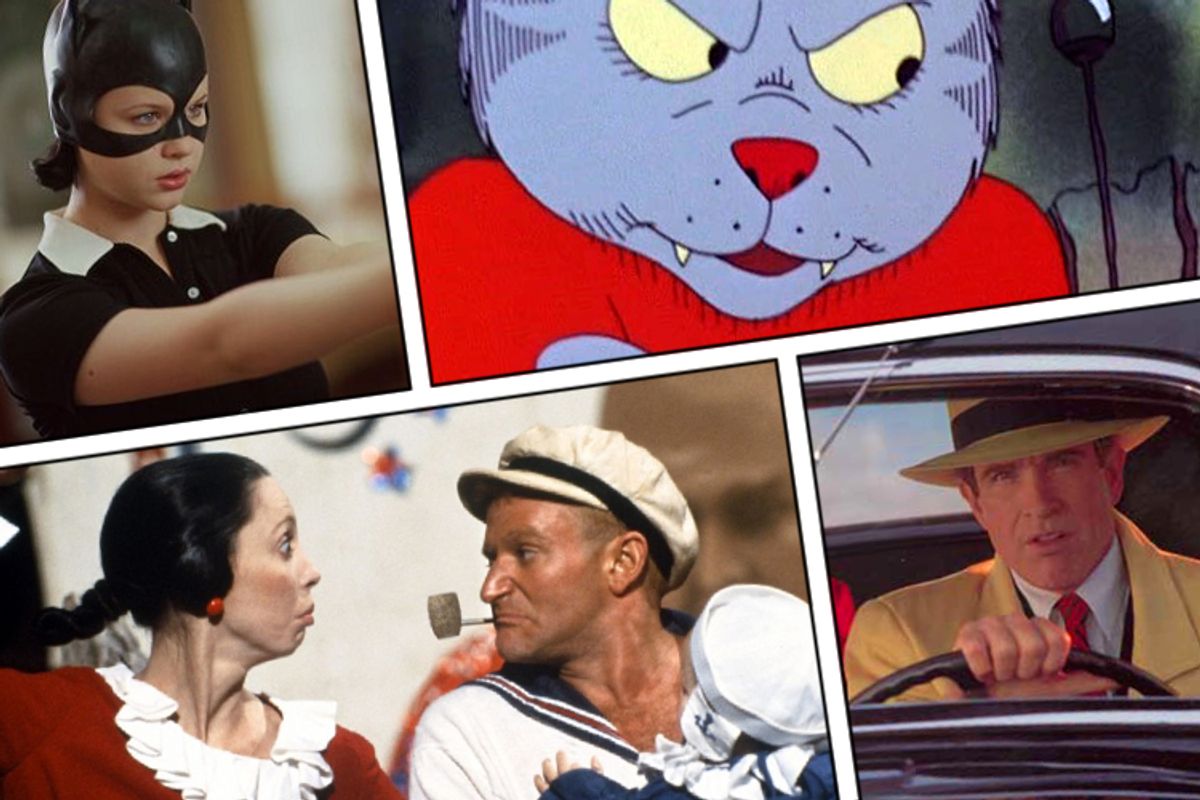 Last summer I wrote an article bitching about the crappiness of most superhero movies. It inspired a heated comments thread on related topics, including animated adaptations, comics-based movies that aren't about superheroes, and what, if anything, "comic book" and "comic strip" even mean. This slide show is a belated sequel to that article: a list of the 10 greatest films inspired by comics.

What's the best comics-based movie ever made? What's the worst? Can a film truly capture the spirit of comics if it's not based on a comic? (I really wanted to put Walter Hill's incredibly comic-bookish "Johnny Handsome" on here, but left it off because it's based on a novel!) When you translate a comic to the big screen, do you lose its essence, no matter how good the movie is? And does anyone else besides me think disco-era "Flash Gordon" is awesome? Riddle me those questions, readers, then meet me in the Letters section.