The end of Tom DeLay

And why he'll probably never spend a day in prison 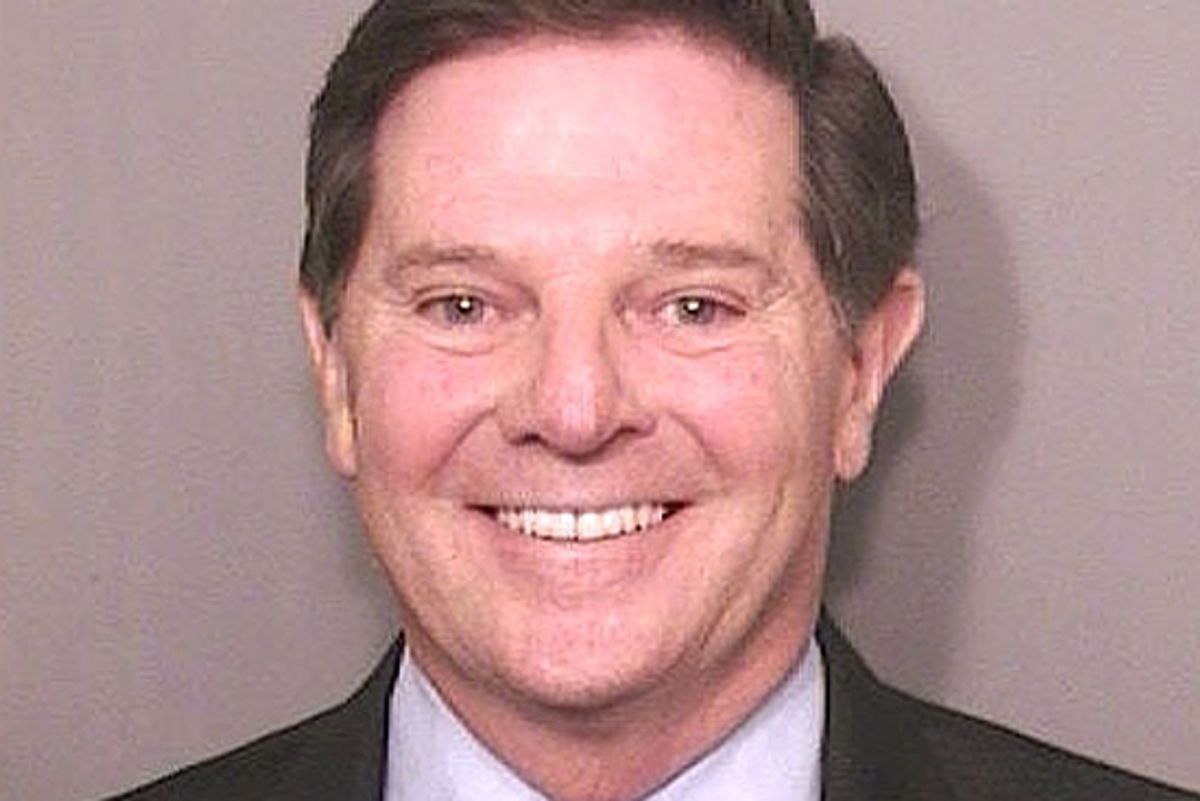 On Monday, Tom DeLay was sentenced to three years in prison on two felony charges, conspiracy and money laundering, in a campaign finance corruption case that had dragged on for years.

The sentencing of DeLay, once one of the most powerful Republicans in Washington and the majority leader of the House of Representatives, was largely ignored because of the aftermath of the mass shooting in Arizona.

But it's an extraordinary story -- and one that's not quite over. When he was indicted in Texas in 2005, DeLay's political career sustained a fatal blow. He was forced to step down from his House leadership position and, in 2006, he resigned from Congress.

The charges arose after DeLay set up a PAC to funnel corporate money, which is barred in Texas elections, to candidates for the state legislature. The group raised $190,000 and funneled it through the national Republican Party, which then distributed the money to several state-level candidates in Texas.

To learn more about the case that brought DeLay down, I spoke with Lou Dubose, who co-authored "The Hammer," a biography of DeLay. The former editor of the Texas Observer and the current editor of the Washington Spectator newsletter, Dubose covered the trial gavel to gavel in Austin. He was in the courtroom on Monday when DeLay gave a lengthy presentencing speech accusing prosecutors of having political motivations and claiming he had $10 million in legal bills.

I asked Dubose whether DeLay, who is planning an appeal, will ever see the inside of a jail cell, and whether the former majority leader appears humbled by the ordeal of the trial.  The conversation has been edited for length and clarity.

Did you ever think that you would see this happen?

I really didn't. This was a working class jury, and I think that made a huge difference.

What was the dynamic with the jury -- why did that make a difference?

Gary Cobb, the assistant DA who tried the case, really dragged out the $50,000 checks and the flights on corporate jets with the same persons who had written the checks to DeLay's PAC. The sort of life that Tom DeLay lived at the expense of the corporate lobby -- I think that really made an impact. By their clothes and what we know about them, it was a real working-class jury.

Oddly enough, Tom DeLay spent the entire duration of the three-week trial in a motor home rather than the Four Seasons. He drove his motor coach over here and checked into a motor home park in south Austin, a long way from where he was playing golf at Saint Andrews in Scotland. Then there was also the fact of the way the DeLays dressed, the fact that Reverend Rick Scarborough was sitting behind them. There was a lot of bling there that these people on the jury didn't have.

The money came back, and it went to the candidates in Texas for whom it was designated. The backstory, of course, is that the Republicans controlled everything in Texas but the statehouse. Therefore they could not control redistricting. So DeLay set this organization up in 2001 for the 2002 election and they had to win a majority in the house. They moved this $190,000 up to D.C. because they were specifically raising corporate money, which was easier to raise. They sent it to Washington with specific instructions to send it back to these designated candidates. The candidates got the checks in the exact amount of $190,000.

And DeLay personally raised the money?

Well, that was the question. He stayed in the background but the state proved that he was aware that that transaction had happened. He was probably involved in directing it, although they didn't have direct testimony on that. They put the three men who did the money-laundering in a room together in Sugar Land, Texas, in DeLay's district, before the transaction was made.

Remarkably, at one point in the trial, DeLay went out and talked to Laylan Copelin of the Austin American-Statesman, who is a really terrific reporter. And Laylan asked him if he could have stopped the transaction. And DeLay said, "I could have stopped it, but why would I?"

And that was used in the trial?

In the middle of the trial, the state called Laylan Copelin as a witness -- really bizarre. He'd been sitting there most of the trial; two weeks into the trial they call him as a witness because of what DeLay had said. His story ran, and two days later he was on the stand testifying as to what he had been told.

So I think DeLay proved to be a terrible client for a storied criminal defense attorney, Dick DeGuerin. That said, the state did an incredible job putting on a case that had to be by nature largely circumstantial.

Do you think he will ever spend a day in jail?

No. Simply because the Court of Criminal Appeals is an elected court, it's all Republican, it's highly political. It's known as a prosecutors' court, but in this case I would bet that they're going to rule for the defendant. The Third Court of Appeals, where the appeal will start, is also a Republican court.

What are the issues in the appeal?

These courts are going to have to find a creative way of setting Tom DeLay free. One argument that they once made that they might try to revive is that money-laundering didn't apply to checks, it applied to cash. This involved checks. The problem with that at the appellate level is that there have been a number of convictions based on money laundering with checks. So are you going to overturn all these prior convictions in order to save Tom DeLay?

What is DeLay doing these days?

You know, nothing. He is struggling to remain relevant. DeLay was always the star at CPAC, the annual conservative conference in Washington. But he hasn't been allowed to speak there. Two years ago at CPAC, he was trolling for interviews. At the last CPAC convention, he was shunned.

He's become a pariah to the Republican Party, and I don't quite understand why. The true believers hold him responsible, rightly, for the Bush Medicare prescription drug bill, which DeLay pushed through. But he's of no use to them anymore, and he's not wanted. So most of what he does is struggle to remain relevant, and he's not. Dick DeGuerin, in his closing argument, said "This prosecution has rendered my client unemployable." And to my knowledge, he's not employed.

His media statements have been defiant, but has he changed?

I don't think so. That's what's remarkable. This is the same Tom DeLay that I saw every day for a year and a half when I followed him in Washington. It seemed to me that it never occurred to him that he no longer had the power that he once exercised. He had no regrets -- he's the same guy, except that he's driving in a motor home instead of sleeping in the Four Seasons.