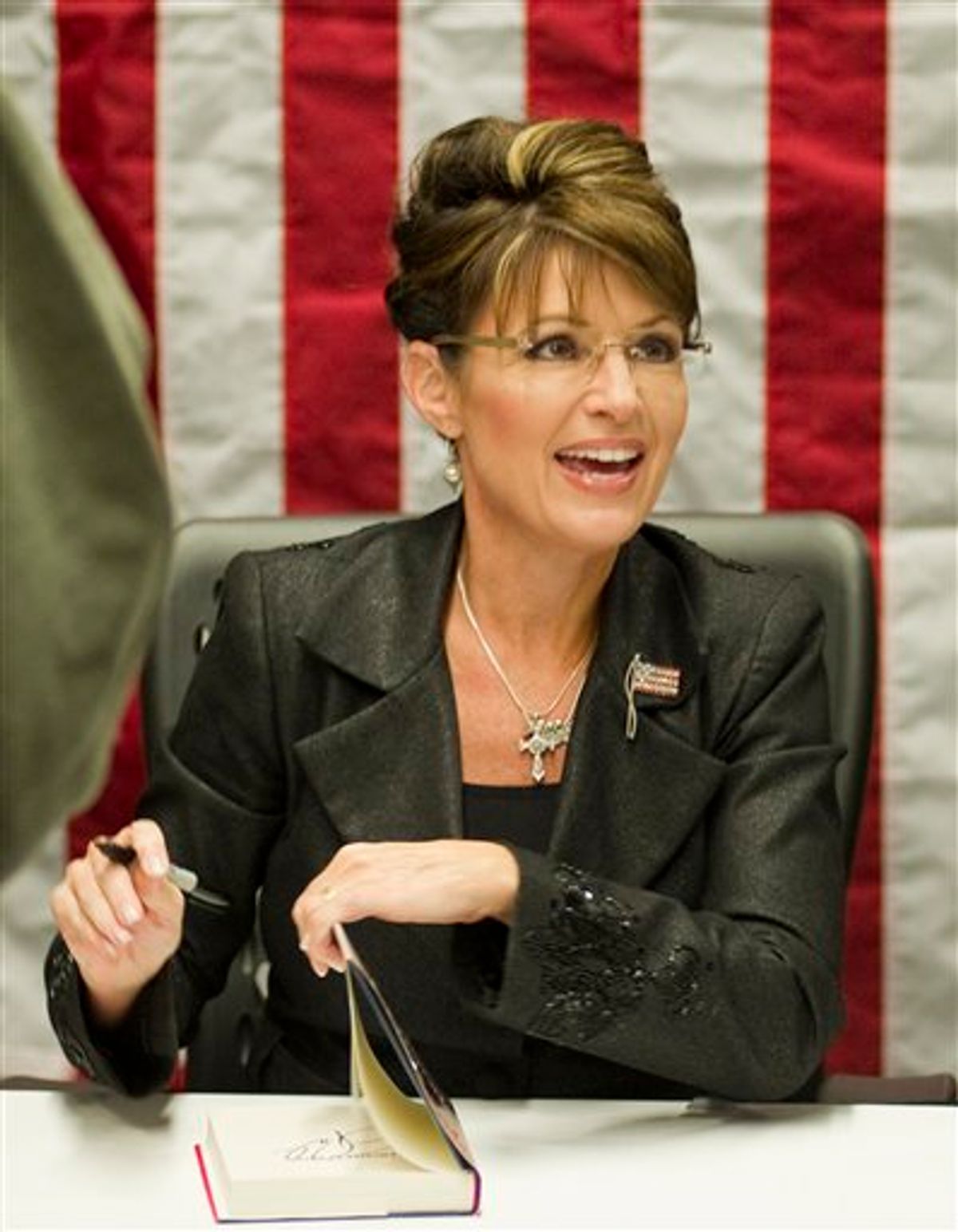 FILE - In a Nov. 30, 2010 file photo, Sarah Palin signs copies of her new book, "America By Heart," in Little Rock, Ark. Palin has posted a nearly eight-minute video on her Facebook page condemning those who blame political rhetoric for the Arizona shooting that gravely wounded U.S. Rep. Gabrielle Giffords. In the video posted Wednesday, Dec. 12, 2010, the 2008 GOP vice presidential candidate said vigorous debates are a cherished tradition. But she said after the election, both sides find common ground, even though they disagree. (AP Photo/Brian Chilson, File) (AP)
--

This new CNN poll on the Tucson mass shooting seems like bad news for Sarah Palin:

QUESTION: Overall, how much do you blame each of the following for the shooting in Arizona -- a great deal, a moderate amount, not much, or not at all?

A map on Sarah Palin's website that marked 20 congressional districts, including the district represented by the congresswoman who was shot, with an image that looked like the crosshairs of a gun

So a substantial minority -- 35 percent -- blame the Palin map either a great deal or a moderate amount for what happened in Tucson.

Granted polls don't do nuance well, but that number should be 0 percent. My colleagues Steve Kornacki and Alex Pareene had a good exchange last week on whether inflammatory rhetoric on the right may have helped precipitate Jared Loughner's rampage. There's a real argument to be had. But there is simply no evidence that the Palin crosshairs map had anything to do with what Loughner did.