After being denied the honor on his first visit five years ago, President Hu Jintao will pack a black tie this time 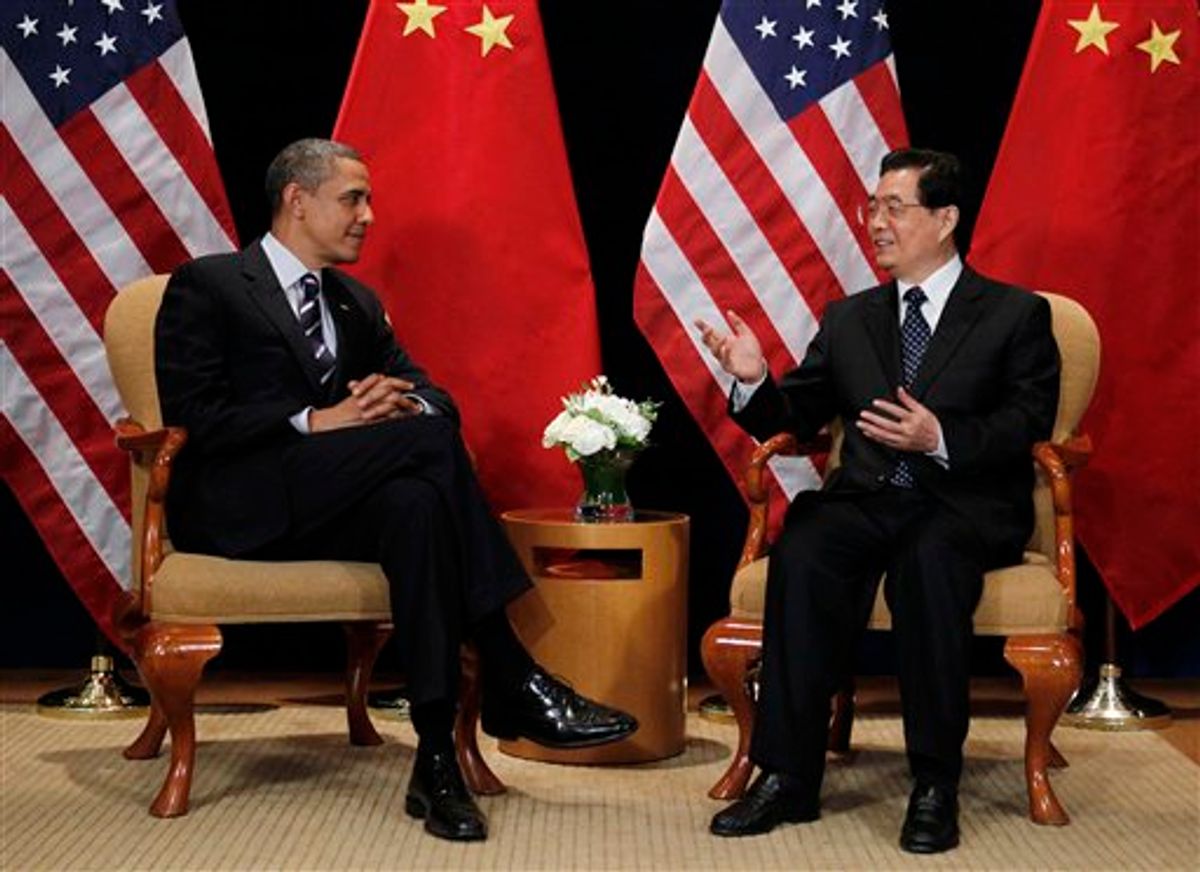 When Hu Jintao makes what is likely his final trip to Washington as China's president, he will get an honor he desperately wanted but was denied during his first visit nearly five years ago: a White House state dinner.

Symbolism and protocol are very important to the Chinese and the opulence of Wednesday's black-tie affair with President Barack Obama should be plenty satisfying for Hu, a 67-year-old hydroelectric engineer who has ruled the country since 2002. That could help relations between the leaders of the world's two largest economies.

A grand soiree is in the works, but big questions remain. Will a celebrity chef do the cooking? Will first lady Michelle Obama's gown have an Oriental flair? Will the Obamas try to turn Hu on to American pop culture with the entertainment? The White House has yet to release any details.

But Mrs. Obama, White House social secretary Julianna Smoot and other staffers deeply immersed in pulling off the administration's third state dinner hope to avoid repeating the slights, both perceived and real, that marred Hu's reception for an April 2006 summit.

For starters, Hu was unhappy that President George W. Bush opted for lunch over a state dinner.

Bush held few state dinners as president, preferring workman-like visits with foreign leaders over eating meals in a tuxedo. He also was sensitive to concerns in the U.S. about human rights in China and was reluctant to be seen as going all out for Hu with a state dinner.

Hu was welcomed with a pomp-filled arrival ceremony on the South Lawn, including a military honor guard and a 21-gun salute. But the reception was spoiled when a woman protesting China's treatment of the banned Falun Gong religious movement began shouting during his remarks.

Bush personally apologized after they had retreated to the Oval Office.

Wednesday's affair will return the hospitality that Obama was shown at a state dinner in Beijing when he visited in November 2009.

A personal relationship between the two leaders is important, Asia watchers say. Obama and Hu will have at least two more years to work together; Hu is expected to step down from the presidency next year.

"It's such a big relationship. It's like two aircraft carriers," said Victor Cha, a former director of Asian affairs in the Bush White House. "The only way you can move policy is at the very top and it requires a personal connection."

Cha said that personal element seems lacking between Obama and Hu, who will meet for the eighth time in two years on Wednesday.

"Maybe this visit will be an opportunity to create some of that," Cha said.

Hu is actually getting two dinners with Obama.

A small, private dinner at the White House was on tap after Hu lands in Washington on Tuesday, including Secretary of State Hillary Rodham Clinton, National Security Adviser Tom Donilon and some Hu aides.

The state dinner is the first for China in 13 years and follows Obama state dinners for India and Mexico.

Mrs. Obama has recruited a guest chef to help prepare the meal for each state dinner, but there was no word on who might cook for Hu. There also was no sign of a tent -- used for the earlier dinners -- going up on the South Lawn.

The National Symphony Orchestra provided after-dinner entertainment in a tent on the South Lawn that included the American classics "An American in Paris" by George Gershwin and John Philip Sousa's "Stars and Stripes Forever."

White House officials suggested at the time that Jiang might be tempted to get up on stage. At a dinner the year before in the Philippines, he surprised his host by singing "Love Me Tender" and "Swanee River."

The Clintons had anticipated a level of interest in the dinner that would exceed the mansion's ability to fit everyone inside. An offer was made to have it outside beneath a tent, but Jiang's representatives held out for indoors.

Jiang had been miffed years earlier when Clinton refused him an official visit and insisted on meeting at New York's Lincoln Center instead.

"The protocol is very, very important to the Chinese," said Bonnie Glaser, who studies China at the Center for Strategic and International Studies.