Drunk horseback riding: Is riding a horse while drunk legal in Montana?

A new public safety ad in Montana uses riding a horse while drunk metaphorically -- Is it actually illegal, though? 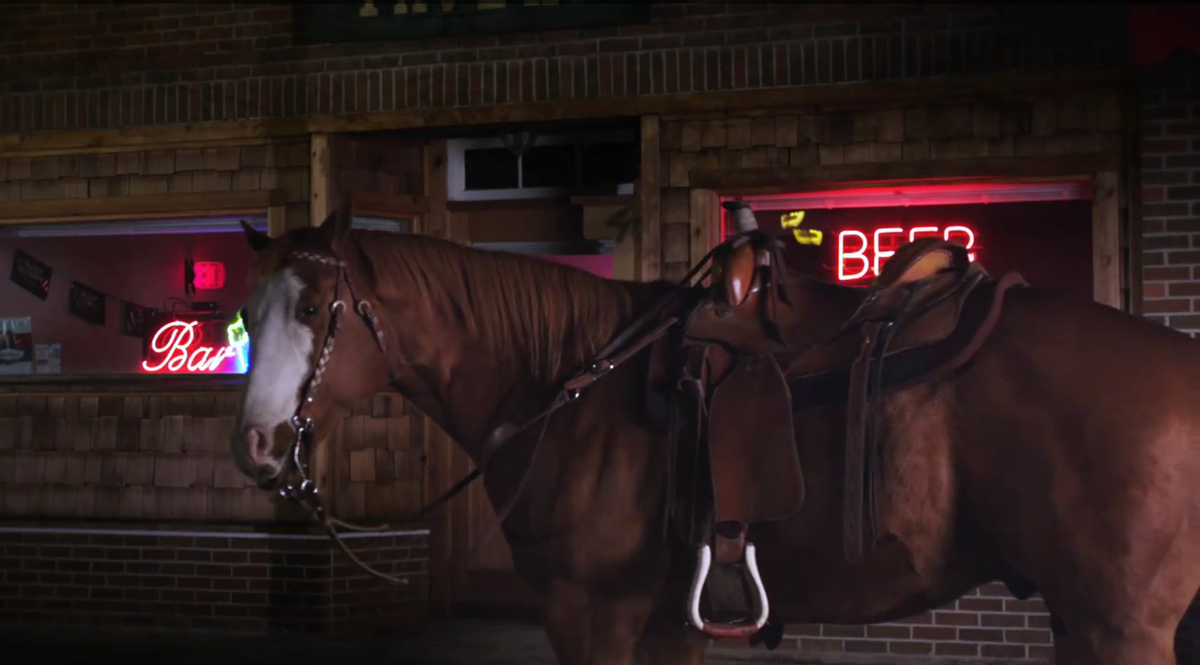 A Montana Department of Transportation public safety video that features a horse picking up a rider at a bar is intended as a metaphor to encourage drinkers to get a ride home.

But it is being taken literally by some in a state well known for its horse culture.

Helena Police Chief Troy McGee says he's received many calls from residents wanting to know if riding a horse while under the influence is legal. McGee tells the Independent Record newspaper that it is.

Montana law carefully defines a vehicle, and excludes those running under animal power. But that doesn't mean that people should ride their horses drunk, says McGee:

I wouldn't recommend that anyone does that. But as the law says, you can ride your horse after drinking.

The popular 30-second video titled "Sober Friend" shows a savvy horse carefully obeying traffic laws on a nighttime journey through town before stopping in front of a bar to pick up a ride.