They took away Roger Ailes' BlackBerry

The Fox News chief is paranoid, sensitive and incredibly un-self-aware 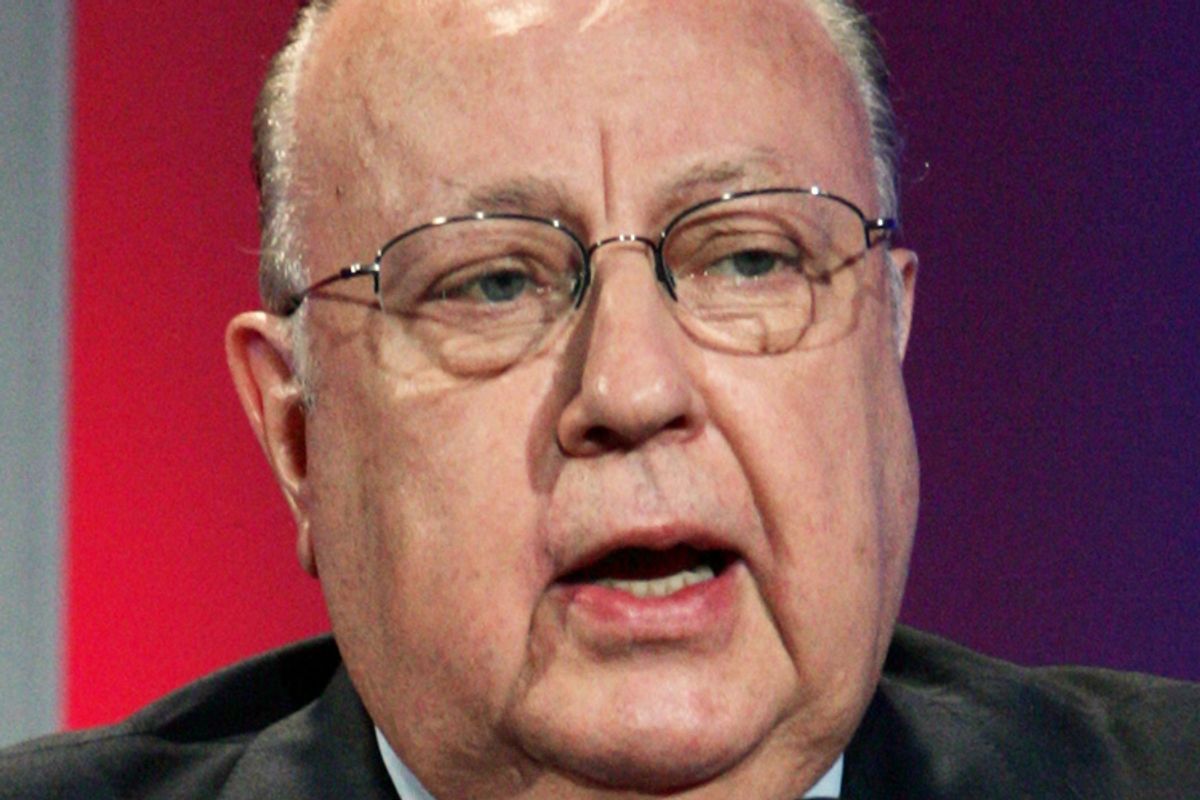 Esquire's profile of Fox News architect and longtime ruiner of America Roger Ailes is a great read. It comes complete with Ailes interviews, which guarantee an unadulterated look at the man's weird, dark heart, because he doesn't really have a filter, even when talking to presumably unfriendly liberal journalists.

He's arthritic and a hemophiliac and incredibly sensitive and obsessed with a corrosive and self-deluded sense of his own "authenticity." He's paranoid and sentimental and surprisingly un-self-aware. He seems largely to believe in what everyone else thinks is cynical self-serving bullshit.

Take, for example, the selective way he remembers the issue of flag pins, post-9/11:

Then he told a story of triumph, about wearing a flag pin to an event at New York's Museum of Television & Radio after 9/11 and being accosted by none other than Morley Safer and "that asshole Dick Wald" for giving up his journalistic objectivity. They really got on him, asking how he could possibly be fair and balanced sporting a flag pin, until finally he'd had enough: " 'Look,' I said, 'I might be a little squishy about killing babies. But I'm pro-choice about flag pins!' "

O-kay ... and so Esquire called Dick Wald afterward for comment. "I remember it a little differently," he said. "We weren't asking whether Roger had a right to wear a flag pin. I would never do that. What we were talking about, if I remember correctly, was whether anchors should wear flag pins. I seem to remember something about Roger asking his anchors to wear flag pins... ."

Wald is a liberal journalism professor, obviously -- and also an old friend of Ailes, from when he ran NBC News while Ailes ran CNBC. [Correction: Though they know each other, Ailes and Wald didn't work at NBC News at the same time.]

The other fun fact is that Ailes can't handle having a BlackBerry because he kept responding to his hate mail with over-the-top threats to beat the crap out of people. (It is suggested that his BlackBerry was taken away by his P.R. staff, in order to prevent these e-mails from leaking, though Ailes says that he rid himself of the cursed machine because its use is below someone of his stature.)

The story is by the great Tom Junod, whose previous work on the Fox beat was this very entertaining Shepard Smith profile. Junod's friendly portrait of Shep may be why Ailes participated in this profile, which is fair and also fairly vicious. Ailes seems to be trapped in the intemperate, apocalyptic bubble of unease and paranoia that his own network fosters.