The revenge of Dr. Laura Schlessinger 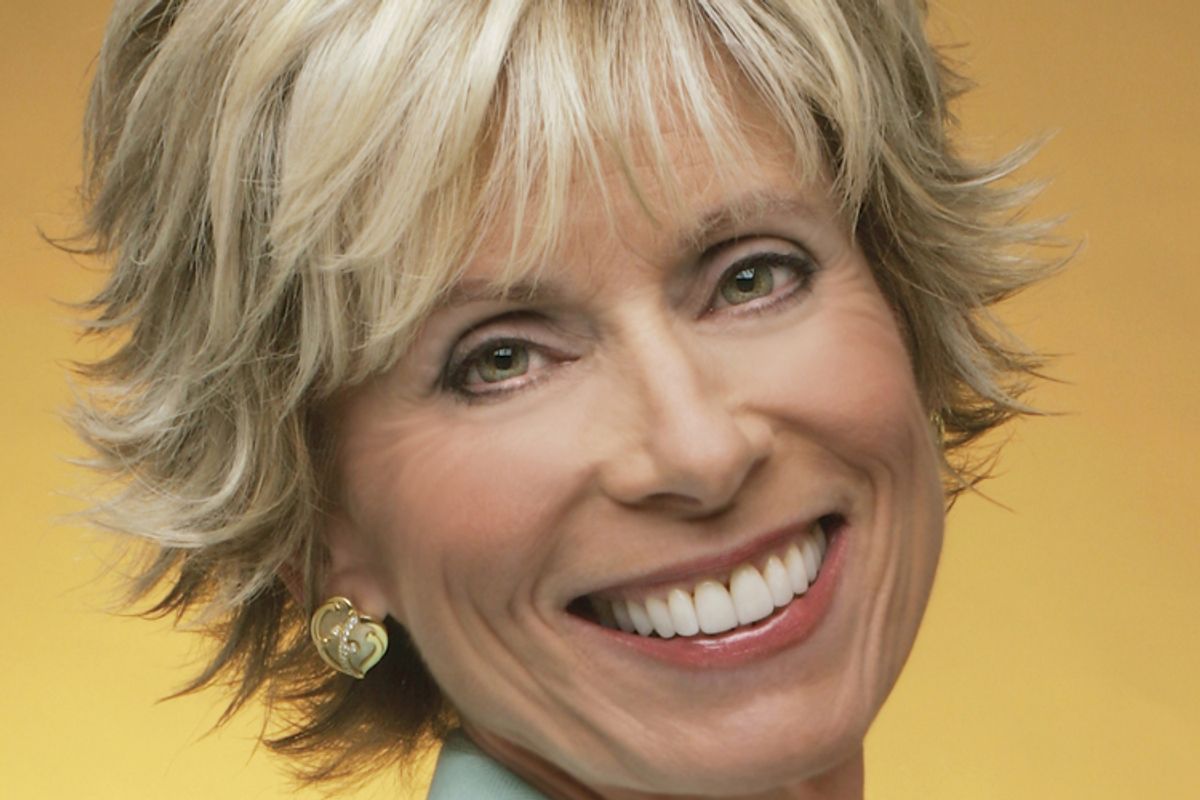 Dr. Laura Schlessinger has a dream. Just one day after Martin Luther King Day, the eerily lifelike radio host appeared on the "Today" show to promote her metaphor-rich new book "Surviving a Shark Attack (On Land)," to clear the air on her controversial tirade last summer toward an African-American listener -- and to declare that she is, in her words, now "free." At last!

Things weren't so rosy for Dr. Laura back in August, when what began as a typical dismissal of an African-American listener's complaints about her white husband's friends' use of stereotypes and a racial epithet as "not racist" swiftly spiraled into a tirade about the caller's "hypersensitive" "black think" and a rant on what she claimed was the African-American community's own fondness for the n-word. "Turn on HBO, listen to a black comic," she said, "and all you hear is nigger, nigger, nigger." She went on to repeat the word, a total of nearly a dozen times.

Dr. Laura, whose foot has never been a stranger to her mouth, soon found herself in the center of an unparalleled firestorm of controversy. Within days she was huffing to Larry King that after 30 years in syndication, she was leaving her show because "my First Amendment rights have been usurped by angry, hateful groups."

But while she claimed back then that she would "not to do radio anymore," you just can't keep a good crackpot down. She's now dispensing her pearls of vitriol "uncensored, expanded and exclusive" on Sirius XM. And on two separate sit-downs on "Today" Tuesday, she defended her word choices. First, she told Matt Lauer that she was "inartful" (cue William Safire, spinning in grave) in conveying her ideas. Later, she elaborated to Hoda and Kathie Lee that "I was pointing out that being upset about people using that word around you depends on the context." It's funny, because what she told the caller at the time was, "If anybody without enough melanin says it, it's a horrible thing, but if black people say it, it's affectionate." She had further kvetched that "We've got a black man as president and we've got more complaining about racism than ever." Didn't you get the memo, America? Once Obama moved into the White House, everybody darker than Jwoww forfeited the right to be affronted.

And five months later, it's clear that as far as Dr. Laura is concerned, if anybody's got anything to complain about around here, it's the white lady. Wearing a bedazzling butterfly sweater and testily asserting that "I didn't get fired," she moped that Bill Maher can use the same offending word and not provoke the outrage, that African-Americans use it at the Grammys and get away with it all the time. Maybe because Maher was talking about right-wing racism and not browbeating an African-American caller? Maybe because, Dr. Laura, you're no Cee Lo Green?

Like so many extremist crybabies, Dr. Laura sees the world through the lens of her own highly self-centric sense of right and wrong. She crows that she "adores" the concept of revenge while backhandedly claiming that she's "helping people … get out of that mode" -- and still plays the part of victim of the "liberal media." "It's unfair that the bad guys have no rules and the good guys somehow have to take the pummeling," she said Wednesday. Dr. Laura, who cackles that she wishes that a man who wronged her were still alive just to see her triumph, sees herself as standing among "the good guys."

It's obvious by now that Dr. Laura gaining any self-awareness would be like Sarah Palin growing a vocabulary. It'd be too much to ask. Instead, however, what she does offer is a remarkably candid view into the mind of a self-professed "social conservative" -- that of a person so very angry at the world and the perceived unfairness of it all. "Why does everybody think that it's a bad thing to want a bad person to get hurt or have payback?" she asks. Whyyyyyy?

Let me take a crack at that. It's because Dr. Laura and her whiny, vengeance-loving ilk seem incapable of distinguishing justice from spite, and ignorance doesn't look good on anybody. Yes, it's entirely possible to feel relief and restored optimism when good people succeed and jerks fail. But being a grown-up means letting go of past slights, both real and perceived. It means remembering Dr. King's words that "hate cannot drive out hate; only love can do that."

But mercy doesn't sell. And if you're a truly compassionate person, you don't get to boo hoo hoo all over morning television about how those awful meanies tried to "silence" and "assassinate" you. You don't get to make a living equating your "First Amendment rights" with being a big bully. I'm not saying the high road is easy. In fact, if Dr. Laura's book were to tank mightily and wind up in the remainder bin tomorrow, if her Sirius show were to dive-bomb and she were to go off the air forever, I would not feel sorry for her. In fact, I'd be pleased as punch. Maybe that sounds vengeful. The word I prefer is plain old karma.