The Parents Television Council called MTV's remake "the most dangerous show" for kids, ever. It's also rather good 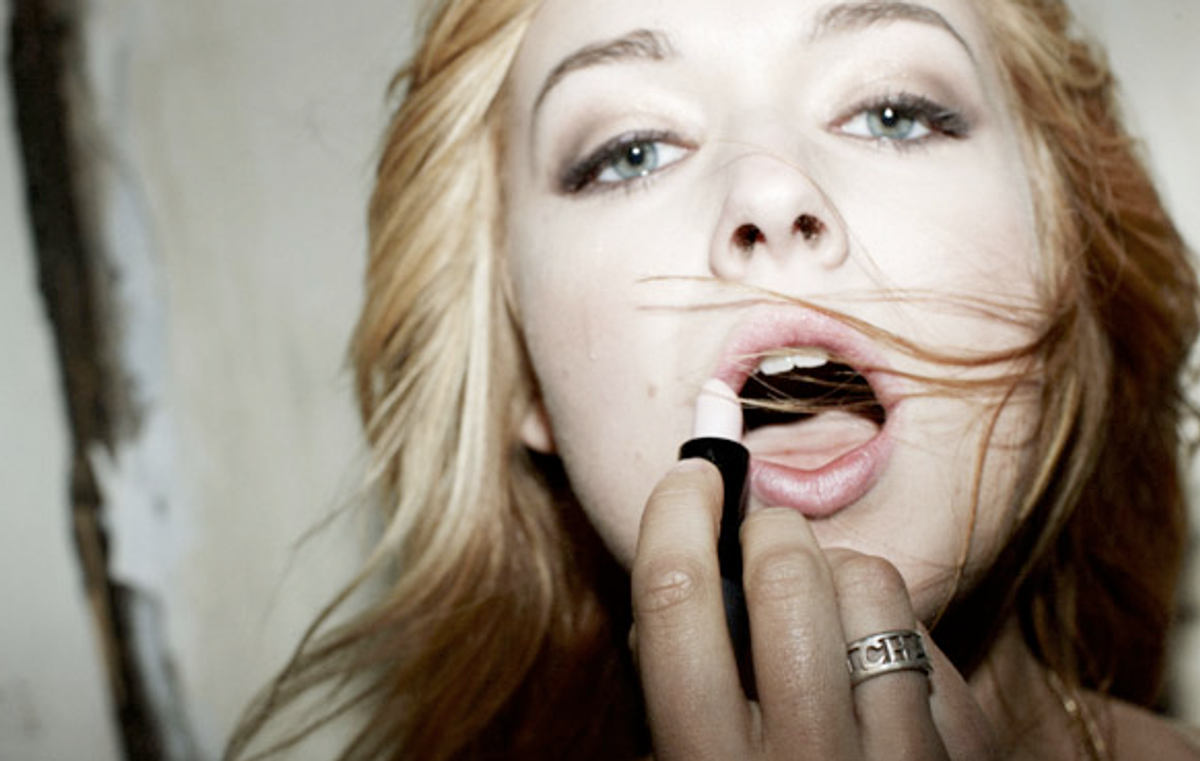 Is there a greater P.R. agent for risqué television than the Parents' Television Council? I doubt it. If I were a young viewer who paid attention to the pronouncements of watchdog groups (and has there ever been one of those, ever?) I'd put any show it condemned on a list of must-sees. It recently labeled the American version of the sex-and-drug-saturated, casually bi-curious English teen series "Skins" -- which premiered last night on MTV with a TV-MA rating --"the most dangerous television show for children that we have ever seen." Setting aside the loaded phrase "for children" (it's not as though MTV is aiming the show at fourth graders) that's a classic alarmist reaction, one that may turn out to have more promotional currency than a Super Bowl ad.

Not that "Skins" (Mondays, 10 p.m./9 Central) needs much help. Modern media being what it is, an untold number of American teens have already sampled the original via YouTube and are stoked to see the new version (technically a U.S.-Canadian co-production shot in Toronto), if only so they can have the hipper-than-thou tastemaker's pleasure of saying how much the remake sucks. Having seen just three episodes of the MTV version -- which was overseen by Jamie Brittain and Bryan Elsley, creators of the original -- I can't definitively confirm or refute that verdict. But I can say that while last night's pilot was a predictably cautious, almost scene-for-scene copy of the original series pilot (with similar costumes, makeup and overcast English-y locations and many repeated bits, including a moment where the alpha dog hero, Tony, climbs out of a second-story window and slides down a rain gutter to escape his dad's attention) it was done with panache and energy, and did not disgrace its predecessor. And starting with next week's episode, the series starts to diverge from the British version in intriguing (and for fans, maybe controversial) ways. You can lodge a lot of complaints about the MTV remake of "Skins," many of them valid. But you can't say it's just another American copy of a British show that's content to coast on the fumes of its predecessor.

Major characters include the aforementioned Tony (James Newman), a drug dealer, ace cocksman and all-around smooth operator who seems to be in training to become a combination of Hugh Hefner and Scarface. He has a hot-to-trot girlfriend named Michelle (Rachel Thevenard), and a long-haired flunky named Stanley (Daniel Flaherty), who's such an easily flustered dolt that it's a wonder Tony trusts him with anything. Other major players include Abbude (Ron Mustafa), a Muslim teen whose hedonistic impulses place him at odds with his traditionalist parents, and Cadie (Britnie Oldford), a quiet but ferociously intense party girl who's also a gifted chef with an erotic attraction to huge knives.

Last but not least, there's a dark-eyed lesbian named Tea (Sofia Black-D'Elia), the American series' biggest departure from its predecessor. She's the American reimagining of one of the British series' most popular characters, the handsome, blond Maxie Oliver (Mitch Hewer), a dance-crazy gay teen. I wouldn't say this switch-up was necessary – it seems rather arbitrary, really. But Black-D'Elia is the show's breakout star, a cool kid with a Mona Lisa smile who's never more interesting than when the camera is slowly zooming in on her face in close-up as she sits and thinks about what's happening to her. And the MTV show's second episode, which revolves mostly around Tea, single-handedly blunts complaints that the remake is just redoing the British show with different accents and locations and a less authoritative cast. (Newman, who plays the American Tony, might get the most grief from fans of the original "Skins"; he's a decent actor but lacks the smug confidence and beyond-his-years cynicism that Nicholas Hoult brought to the original -- and the devilish eyebrows.)

Really, though, you don't have to know anything about the British "Skins" to get into the remake. Suffice to say the original had local color and vernacular (it was shot in and around Bristol) and was notorious for being "edgy" and "real" and used that perception as a shield against complaints that it was immoral and exploitative; but if you watched more than a few minutes, you realized it was anything but a documentary-style evocation of modern teen life. Poised somewhere between a saucy indie film, a soap opera and a "complications ensue" sitcom, it was an escapist fantasy in which teens carried themselves like seen-it-all rock stars.

The MTV version preserves that clever bait-and-switch. Like the original, it revolves around a group of improbably glamorous, self-assured teens who have tons of casual sex and do massive amounts of drugs (mainly pot and pills) under the noses of clueless and/or ineffectual parents and teachers. Their behavior has no deep repercussions -- at least not the sort you'd see illustrated in one of those old social hygiene films shown to teens in my heyday, the 1980s, a quaint time when everybody drank bathtub gin and drove jalopies with rumble seats. On "Skins," consequences are mainly melodramatic rather than medical or social. Stanley makes a down payment with a local crime boss on a big score, then loses the drugs when a van he and his friends are partying in rolls into a river. Tea sleeps with a lesbian girl and straight boy in the same week but experiences no evident sexual confusion, just the usual romantic-comedy wishbone-tug "What if?" thing. And so forth. (In contrast to the British series, which had tons of, well, skin, the MTV version has no frontal nudity, and frames out naughty bits "Austin Powers"-style.)

It's a racy daydream of adolescence. Adults are such borderline non-presences that both series threaten to become live-action, teen versions of "Peanuts." ("Yes, Miss Othmar?" "Fwaa fwaa fwaa fwaa FWAAH!") Nobody gets a giant, painful zit or has to spend two friggin' hours trying to scam a ride to one of the epic parties that's always happening someplace. The characters hook up casually for all sorts of reasons, get into hip nightclubs by flashing fake IDs even though they're 17 and look 14, and visit whorehouses where barely legal hotties in lingerie slink around like exotic seductresses in a James Bond movie. And speaking of Bond: double entendres! "Betty came over last night to help with my assignment," Tea tells her dad, introducing a young woman who spent the night with her. "We got to talking. She likes to chew things over." Cut to Dad looking puzzled.

Is "Skins" bad for kids? Well, if shows directly influence behavior, over and above whatever morals that parents teach their kids -- a big "if" -- then yeah, maybe, I guess so. But on the other hand, I have yet to witness a scenario in either series that I didn't personally fantasize about in some form or another when I was the same age as the teens that comprise this program's target demographic. When I was in eighth grade (prime "Skins" age, I'm guessing) I snuck into explicitly violent and/or sexual R-rated films almost every weekend, furtively tried out adult substances, and spent hours futzing with the aerial on top of my parents' TV set after they went to sleep hoping to catch a glimpse of porn on a scrambled over-the-air premium channel. If I were that age again in 2011, I'd probably watch "Skins" religiously for a couple of seasons, then get bored and move on to something else. The series would have been absorbing, silly, sexy and trashy no matter what critics said about it. The fact that it's officially considered Bad for Kids makes it awesome.