Life with an STD

What's it like to date? When do you have The Talk? Women open up about the common diseases that still carry stigma 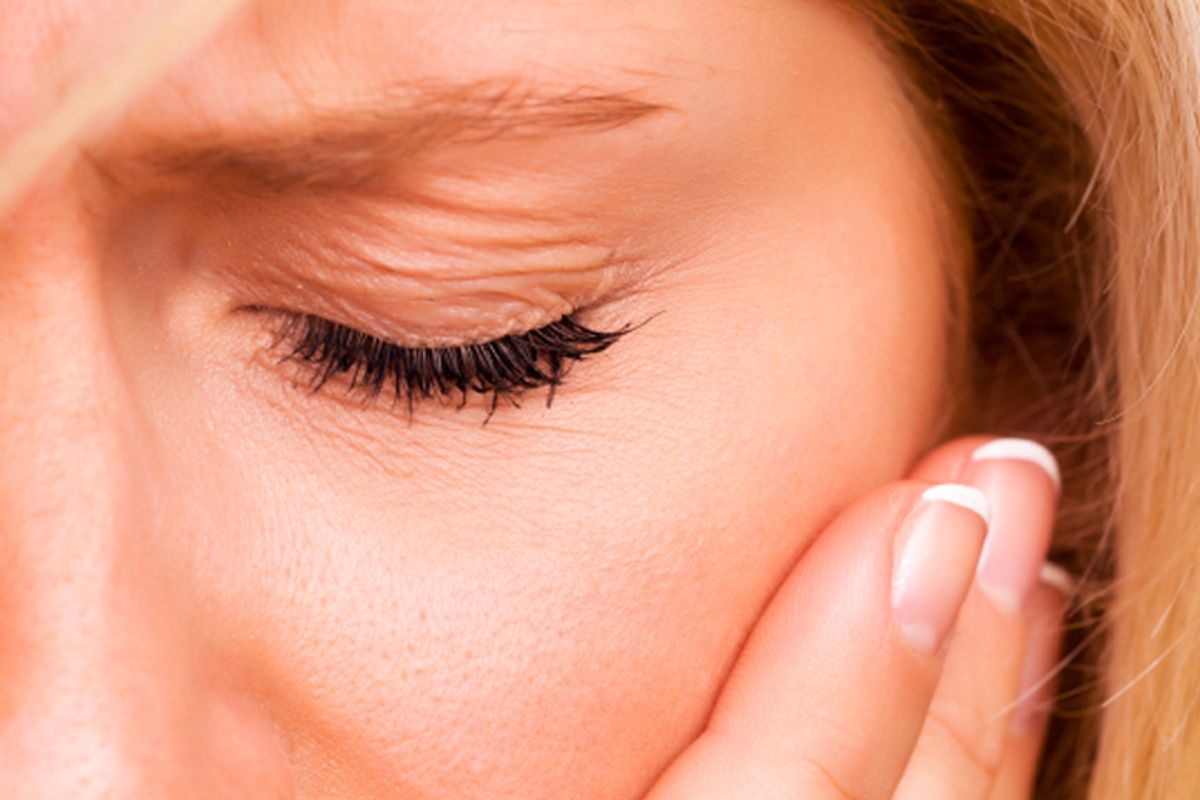 Susie Carrillo was 21 years old and a mother of two young children when an abnormal Pap smear yielded a triple-whammy nightmare. She was shocked not only by a diagnosis of high-grade cervical dysplasia -- a serious precancerous condition -- but also by its apparent cause: human papillomavirus (HPV), a sexually-transmitted infection (STI, more commonly known as STD, for sexually transmitted disease). A doctor had found it two years earlier but had largely dismissed it, saying, eh, it'll probably clear up on its own. With no warnings about the risks of cancer, or transmission, Carrillo says she "just didn't think about it" and told no one. And that's what led, in part, to the third and perhaps biggest whammy of all: her husband's reaction to the cause of her cancer. "He turned it into hell for me. He demanded to know how many people I'd slept with, accused me of cheating and called me a slut," she says. Even though Carrillo had never strayed — she believes she contracted HPV from a pre-marriage ex — her husband's abusive words began to infect her, too. "I started to wonder if maybe it was my fault," she says. Ashamed and embarrassed, she went through cancer treatment alone.

Thankfully, Carrillo was eventually cured: of both her cancer and her self-blame. She ultimately divorced her husband, found support online and learned, as she says, that she has "nothing to be ashamed about." But even with its happy ending, her story reveals a troubling reality: While STIs have reached pandemic proportions, the stigma surrounding them remains ugly -- perhaps especially for women.

"You cannot get through a season of 'Jersey Shore' or 'The Real World' without an STI 'joke' implying that the person accused of having one is skanky and slutty, and saying 'Ooh, watch out, you might catch something,'" says Adina Nack, Ph.D., a medical sociologist specializing in sexual health and author of "Damaged Goods? Women Living with Incurable Sexually Transmitted Diseases." "And that person they're talking about is almost always a woman. There's a serious misconception that you have to be 'promiscuous' in order to contract an STI, and while men in our culture are rewarded for being sexually active, women are judged." (Nack cites one woman in her practice who'd never even had sex, but who contracted an STI while -- successfully -- fighting off a rapist. Even she said, "I feel like a slut.")

To be sure, STIs and their attendant stigmas are (as I've written before) no picnic for men, either. But their impact appears to be different, in certain ways, for women. Among the hundreds of people with STIs Nack has interviewed, she says, men tend to be more concerned about medical realities -- the best treatment, the best protection for partners -- while women focus on much broader, and harsher, implications that strike at the very core of their sexual selves: "Will I be rejected as 'damaged goods'?" "Are my dreams for sex, love and happiness over?"

All that when, ironically, STIs are now so strikingly common that, as Nack says, "you should go out into the dating world assuming that the person you're with has already contracted something, even though they may not know it. Even if someone says, 'I'm 'clean' -- I've been tested for everything,' they're either ignorant or lying, because we don't even have definitive tests for everything." (STIs are often asymptomatic and frequently go undiagnosed.) The CDC estimates that nearly 19 million new infections occur each year. At least half of the sexually active population will contract HPV at some point; 45 percent of women 20-24 have it already. It's so prevalent, in fact, that the medical community considers HPV infection a virtual "marker" for having had sex at all. One in 5 adults, whether they know it or not, has herpes right now. In other words, statistically, your date is more likely to carry a sexually transmitted infection than to share your astrological sign.

Though many STIs are easily and effectively treatable, those who have them still live with threats: of painful outbreaks, other medical complications and (in the case of certain HPV strains) cervical cancer; of straight-up slut-shaming and outright rejection. Given how common STIs are -- and despite efforts by, for example, writers at Jezebel to chip away at the stigma by indirectly or directly outing themselves -- it's pretty amazing how much dated stereotype and outright ignorance remains (which in turn can deter people from getting tested). People that both Nack and I interviewed tell tales of women with herpes who, when actually outed, were told by officemates to use separate work equipment, and by family members to use separate toilets.

And if people you're probably not going to sleep with react badly, imagine having to tell someone you like-like. For single women (and of course men) with STIs, the fizzy fun of a promising new date is often flattened, they say, by fear of the looming, dreaded Talk. Michele Bouffidis, 43, of New Jersey, contracted herpes -- her "rowdy tenant," she calls it, though she experiences only rare outbreaks -- from an old long-term boyfriend who didn't tell her he had it until it was too late. Over the next five years, she dared disclose to three men; none stuck around. One, at least, took the time to consider, eventually telling her -- gently and thoughtfully -- that he didn't want to take the risk. She totally understood, she says, but it still smarted. Another said, "You seem like a very classy girl -- I would never have imagined you having that." (Translation: "You slut.") By the time No. 3 rolled around, Bouffidis was dispirited enough that she presented her diagnosis in a negative, "You're not going to want to deal with this," light, almost deliberately pushing him away. For three years, she didn't date at all. "It was because I have herpes," she confirms. "I didn't want to deal with 'The Talk' any more."

Kalani Tom, 40, of New York, usually uses e-mail to inform potential partners about her genital herpes (which she controls successfully with medication) to give them a chance to process the information on their own. Sometimes, it goes fine. "One guy said, 'It's gonna take a lot more than that to scare me off,'" she recalls. But the more she likes a guy, the scarier it is -- and once, when the stakes were high, she choked. "He asked me if I had anything, and I said 'no,' " she admits. "I was a coward. I didn't want to be judged." When she finally told him the truth, he was devastated -- not just by her diagnosis, but by her dishonesty. (Fortunately, he tested negative.) Another recent prospect just bailed, too, upon hearing the news. But Tom -- though quite contrite about her lie -- remains hopeful, even defiant. "People may judge, but I know I'm not some repulsive horrible person," she says.

Plenty of "seropositive" men and women -- Nack herself included (and Michele, above) -- are in happy, healthy relationships with STI-free partners willing to take on the medical logistics of avoiding transmission. "Not all potential partners are going to reject you," she says. And many women and men with STIs have found support, community, friends (and more than friends) in online communities specifically for them. There's an interesting, and ongoing, debate about whether dating sites for people with STIs are godsends or ghettos, but experts say they are -- at least -- great places for the newly diagnosed to get their groove back.

Kristin Andrews, 30, of Michigan, contracted herpes from an unfaithful boyfriend who, when he heard her diagnosis, called her "a slut and a whore and complained that now it's gonna be hard for him to date," she recalls. "For that first few weeks it was awful. I felt like I was one of the worst people in the world, disgusting and degraded and gross." Then she found MPwH.net (short for Meet People with Herpes), where she got her "newbie" questions answered straightforwardly and reassuringly. Eventually, she arrived at the distinction that our society clearly -- and dangerously -- still refuses to accept. "I have herpes," she says. "But it's not who I am."