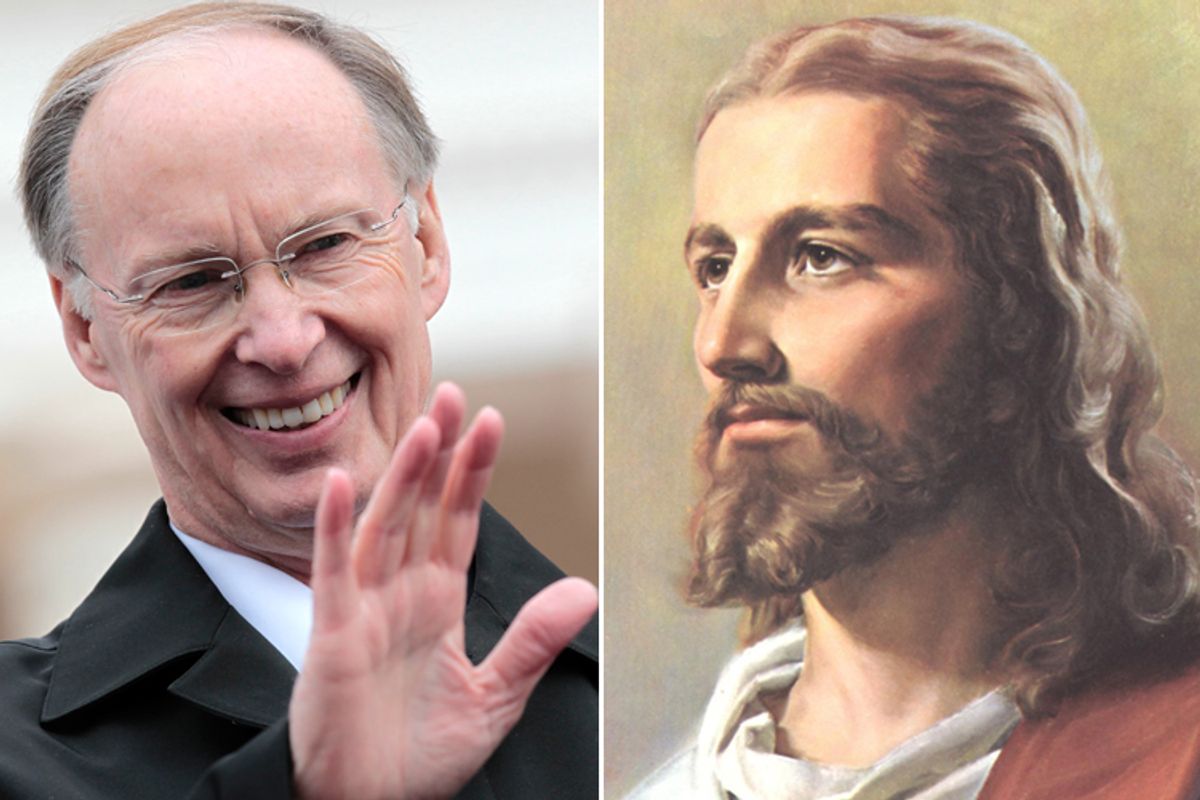 Republican Alabama Gov. Robert Bentley is apologizing for his comment at a church Monday that "anybody here today who has not accepted Jesus Christ as their savior, I'm telling you, you're not my brother and you're not my sister."

WSFA in Montgomery reports that the apology came during a meeting with Jewish leaders:

"I did not mean to offend anyone with my comments there," Bentley said the group of religious leaders and reporters in his State Capitol office.

The governor said when he made the comments to the church audience he assumed he was speaking as a private citizen and not as the Governor of Alabama.

That last bit is particularly striking, given that Bentley made the original comments just one hour after he took the oath of office as governor.