An Orwellian tale of censorship 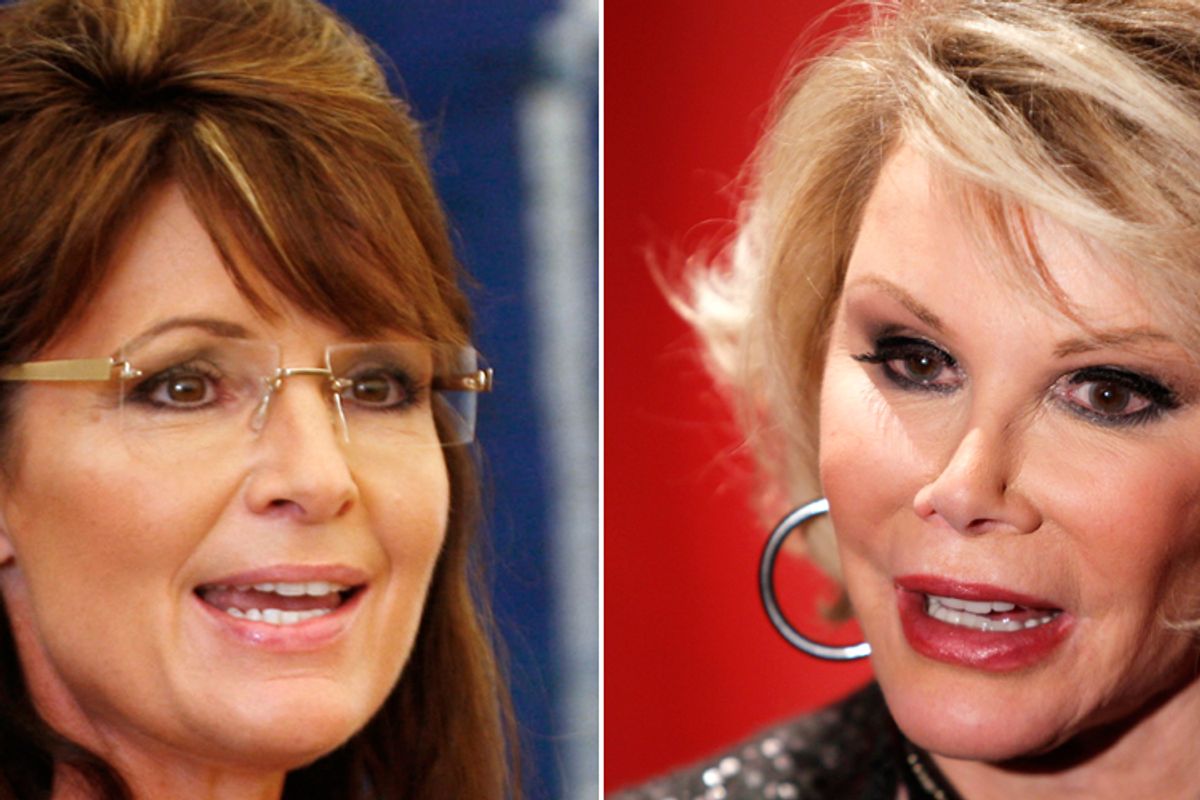 Rivers was booked on Fox -- presumably "Fox & Friends" -- to promote an upcoming reality program. Then, over the weekend, she called Sarah Palin "stupid," into a video camera, because TMZ asked Joan Rivers what she thought about Sarah Palin, and that was the inevitable response. Before calling her "stupid," Rivers issued the following blood libel: "I think Sarah Palin is an amazing woman. I think she represents everything strong a woman can be, and I think she should go someplace -- to another planet, to show them, and get out of our face." So much for civility!

Then, Rivers writes on Twitter, she got the call: "As a result, our appearance on the Fox News Channel tomorrow morning has been cancelled. Outcome: DON'T PISS OFF SARAH PALIN. She’s apparently 'very powerful,' and is obviously still smarting from the end of her reality show."

The question is, did Sarah Palin demand this, or did Fox take the initiative and punish Rivers for insulting one of its most valuable assets? The question is also, what did it think Joan Rivers thinks of Sarah Palin? And will Palin claim the liberal elite threatened to launch her into space the next time she needs to justify her over-the-top rhetoric? (Yes, she will. This will also probably go into Michelle Malkin's "liberal hate speech" database, next to a deleted HuffPo comment and a mean sign from a 2003 antiwar protest in Rome.)

We will stay on this story until we get some satisfactory answers.

Update: The plot thickens! Fox says they "mistakenly canceled Joan's appearance instead of re-scheduling her for Friday's show." A likely story! They also say they're in the process of booking her on an upcoming show." Classic damage control. I think we've just learned that the only woman in America more powerful than Sarah Palin is Joan Rivers.