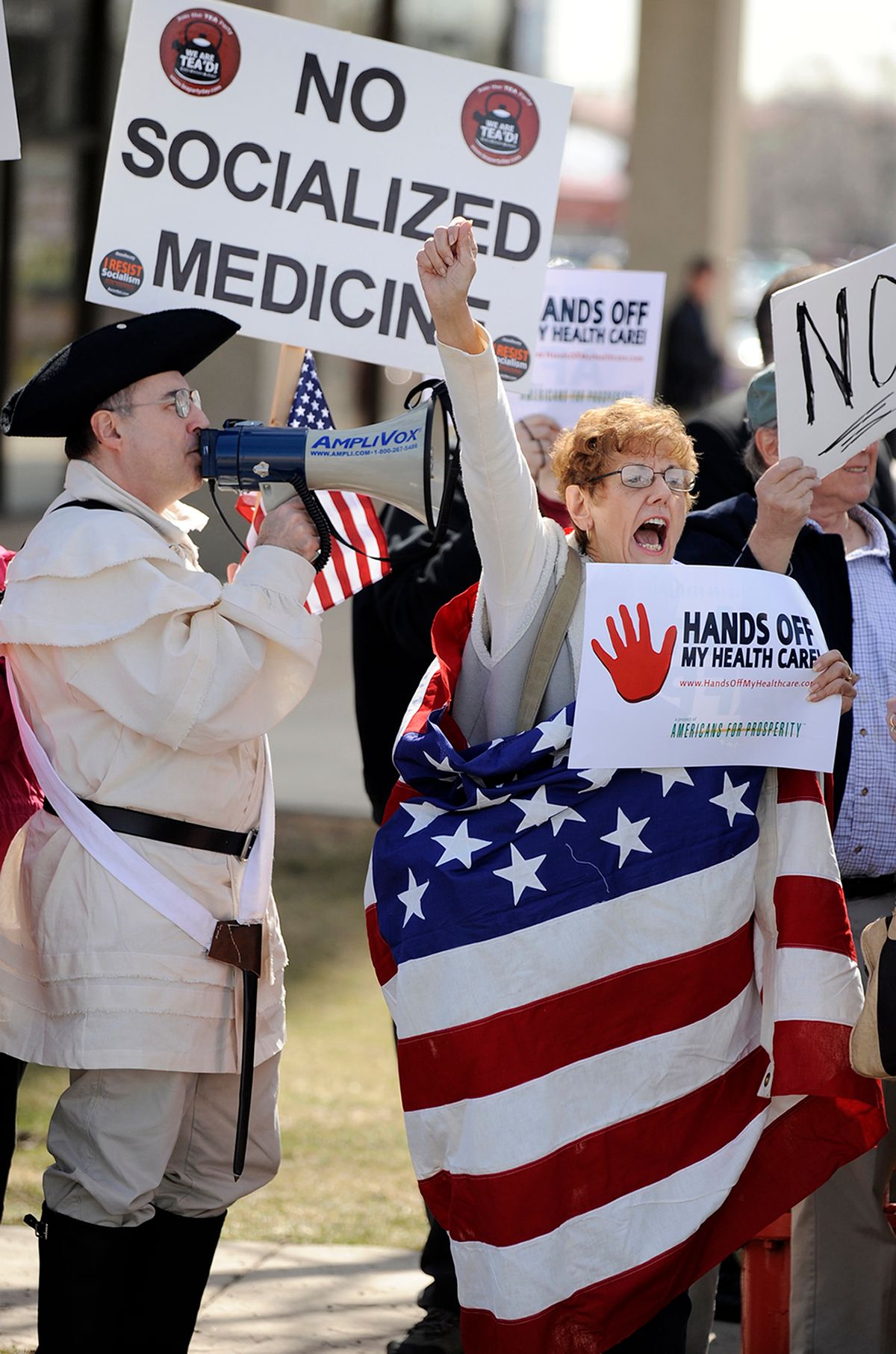 As we prepare to count the votes on the House Republican-orchestrated motion to repeal healthcare reform, the flurry of claims and counterclaims about what the Affordable Care Act will or will not achieve seem to prove only thing: We don't really have a clue what is going to happen. We don't know for sure how many jobs will be created or lost, whether reform will add to the deficit or cut it, or whether the growth in healthcare costs will slow down or continue ballooning out of control. We can match up educated guesses and expert analysis against outright propaganda and lies and come up with some likely scenarios, but I think even some of the most virulent combatants in the healthcare debate would admit, if pressed, that all their assertions are fundamentally stabs in the dark. The problem of providing affordable healthcare in the United States is too big and too complex, full of too many independently moving parts, and has too many elements dependent on future congressional action for anyone to have a lock on what the future holds.

But here are a couple of things we do know right now, and which Republican legislators, in particular, we should be paying close attention to. Popular opposition to reform seems to be weakening, insurers are backing away from their opposition, and the healthcare industry itself, right now, is one of the major sources of job growth in the U.S. economy, 10 months after the Affordable Care Act became the law of the land. The longer such trends continue, the harder it will be for Republicans to sustain their campaign to throttle reform.

Over the weekend the Associated Press reported the results of a poll that suggests that "raw feelings over President Barack Obama's overhaul have subsided."

...[S]trong opposition to the law stands at 30 percent, close to the lowest level registered in AP-GfK surveys dating to September 2009 ... The poll finds that 40 percent of those surveyed said they support the law, while 41 percent oppose it. Just after the November congressional elections, opposition stood at 47 percent and support was 38 percent.

As for repeal, only about one in four say they want to do away with the law completely. Among Republicans support for repeal has dropped sharply, from 61 percent after the elections to 49 percent now.

It's never a great idea to make too much of any single poll. Resistance to healthcare reform may be slackening for exactly the same reason that Obama's approval ratings have been rising -- the economy is doing better, which leads to cooler heads all around. But that could change, quickly, if economic indicators turn south again. There's also the distinct possibility that the very fact of a dramatic vote to repeal the ACA could bring the issue back to the forefront and inflame passions all over again.

But the combination of the polling numbers with the distinct shift in tone from the insurance industry signal a real change in the political calculus. The best bet that Republicans have for derailing healthcare reform isn't today's vote, but rather their long-term plan to deny funding for implementation. And yet it's hard to see how such a strategy would end up creating anything besides an ongoing atmosphere of chaos and uncertainty that would make it very difficult for the insurance industry to operate. There is going to be heavy pressure, behind the scenes, on Republicans not to rock the boat now that the insurers have figured out how they are going to make money.

And they will make money. More Americans with private health insurance means more profits for healthcare insurers, and it also means more consumption of healthcare services. Which leads us directly to the third leg of this triumvirate. As Steve Benen, blogging at the Washington Monthly, points out, nearly one-fifth of the 1.1 million jobs created since the passage of the ACA have been in the healthcare sector. It has consistently been one of the best-performing sectors of the economy. It's hard to see how adding another 30 million Americans to the ranks of the health-insured will chip away at that success story. The opposite seems more likely.

The Republicans have dubbed their healthcare bill the "Repealing the Job-Killing Health Care Law Act." The primary evidence for their assertion is based on a line in the CBO analysis of the bill that estimates that the labor supply might drop by one-half of 1 percent as a result of the passage of the ACA. The Republicans multiplied the total number of jobs in the country by half a percent and came up with a total of 650,000 jobs lost. But, as has been pointed out innumerable times, a drop in the labor supply is not the same thing as employers cutting jobs because costs are too high. According to the CBO, healthcare reform could result in a lower labor supply because workers may voluntarily leave their jobs, secure in the knowledge that they would still have access to healthcare.

To repeat, we don't know what's going to happen. The multiple legal actions working their way through the system are a potential wild card that could completely upset the healthcare reform apple cart. The upcoming fight to raise the debt ceiling and fund the government will undoubtedly include a major battle over health reform funding, and it remains to be seen how hard the White House will fight. The direction the economy heads and the 2012 election may intersect in a political landscape that makes everything that happened in the last two years seem like a distant dream.

But for now, the general public and the health insurance industry seem to be toning down their antipathy, while the evidence for job losses is minuscule, and likely to trend in the opposite direction. Wednesday's big vote on repeal will be full of triumphalist rhetoric from the Republicans, but the great irony is that it may also signal the end of this great drama. It may only get tougher, from here on out, for Republicans to torpedo reform.

Healthcare Reform How The World Works The Republican Takeover