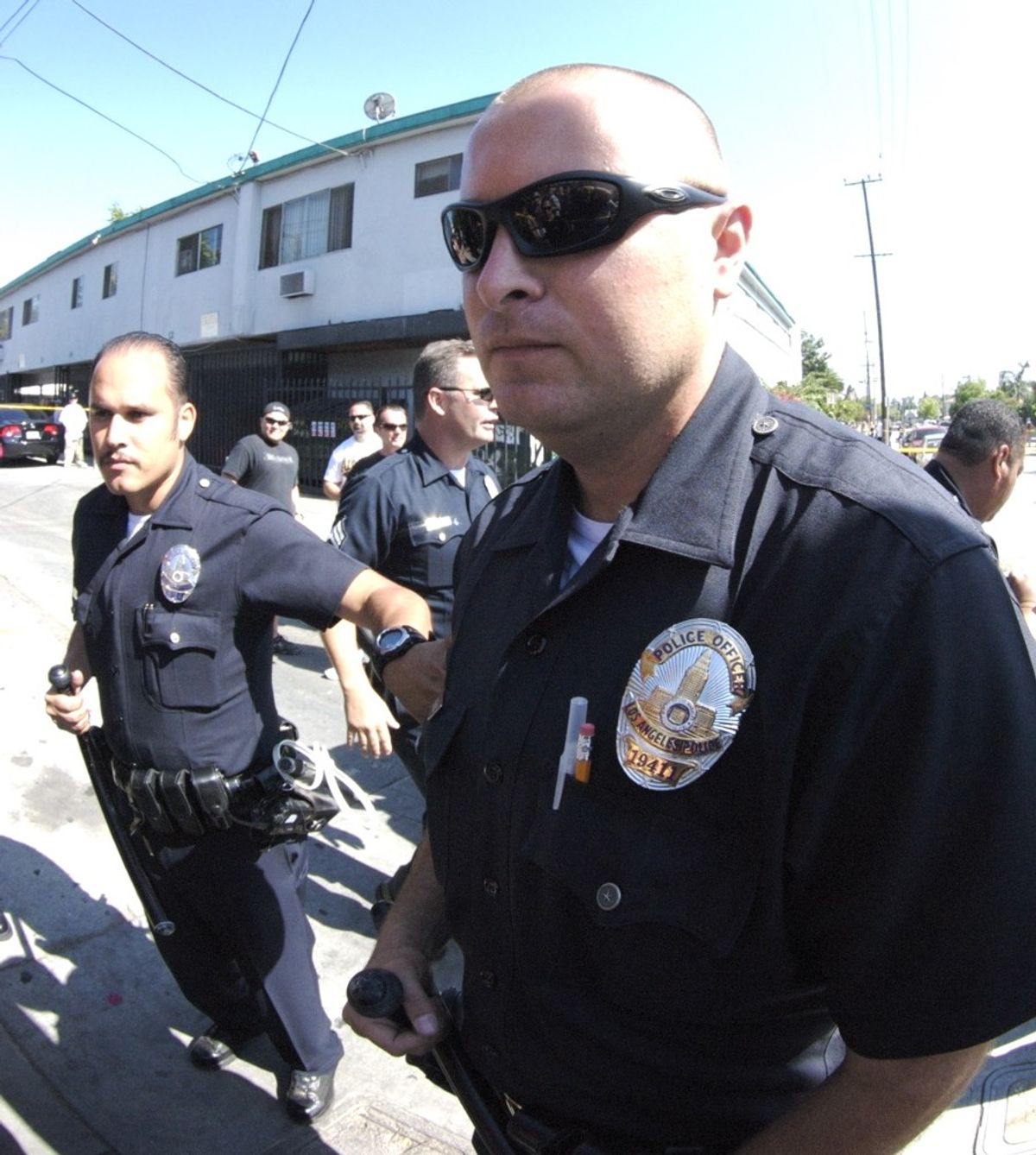 A Los Angeles school police officer has been shot outside a San Fernando Valley school but his bulletproof vest took the hit.

He tells KTLA-TV that it happened outside of campus but the school was locked down while authorities hunt for a suspect, described as a man in his 40s.

Fire Department Capt. Jaime Moore tells KCAL-TV that one person was taken to a hospital in fair condition.

The shooting occurred a day after two students at another Los Angeles high school were wounded when a gun hidden in a student's backpack accidentally discharged.