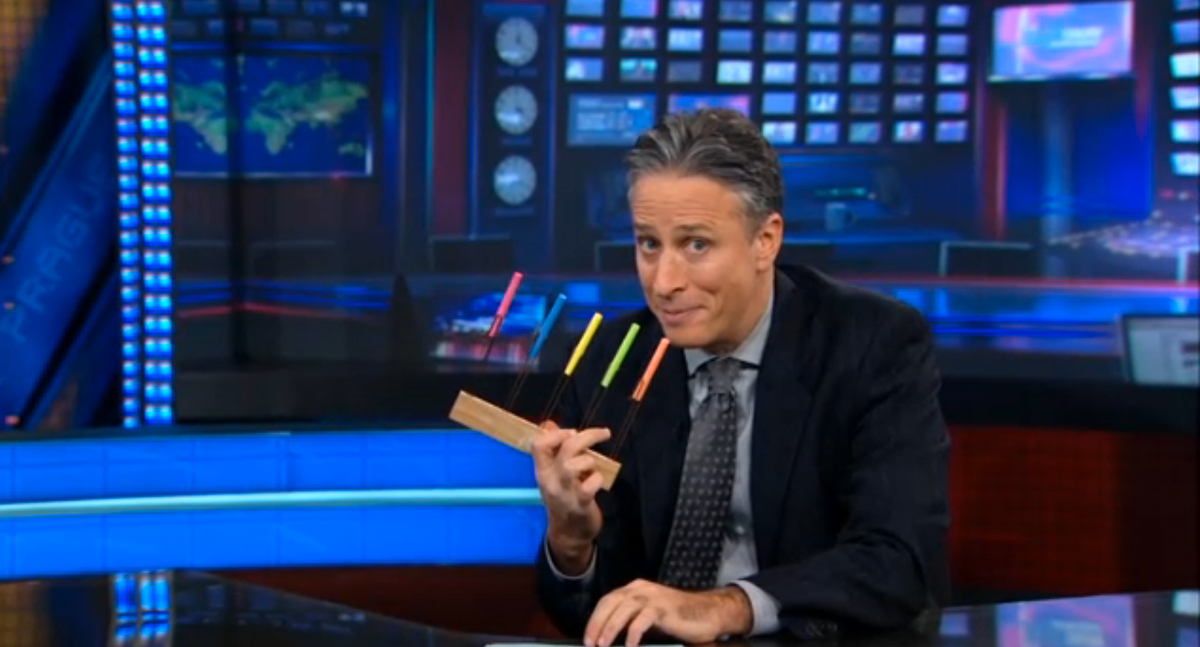 "I think Glenn Beck thinks I'm a cartoon character!" Jon Stewart said on last night's "Daily Show" in reference to a rare television appearance Beck had made on the "Today" show to promote his new book.

Stewart responded by asking Beck -- yet again -- to join him on "The Daily Show" and talk to him in person. The enticing prize? A five-pronged chalk holder.

Soaked in sexual innuendo and bookended by jabs at Beck's sometimes elementary chalk drawings, Stewart's invitation for Glenn Beck is, if anything, hilarious. Will Glenn say yes?