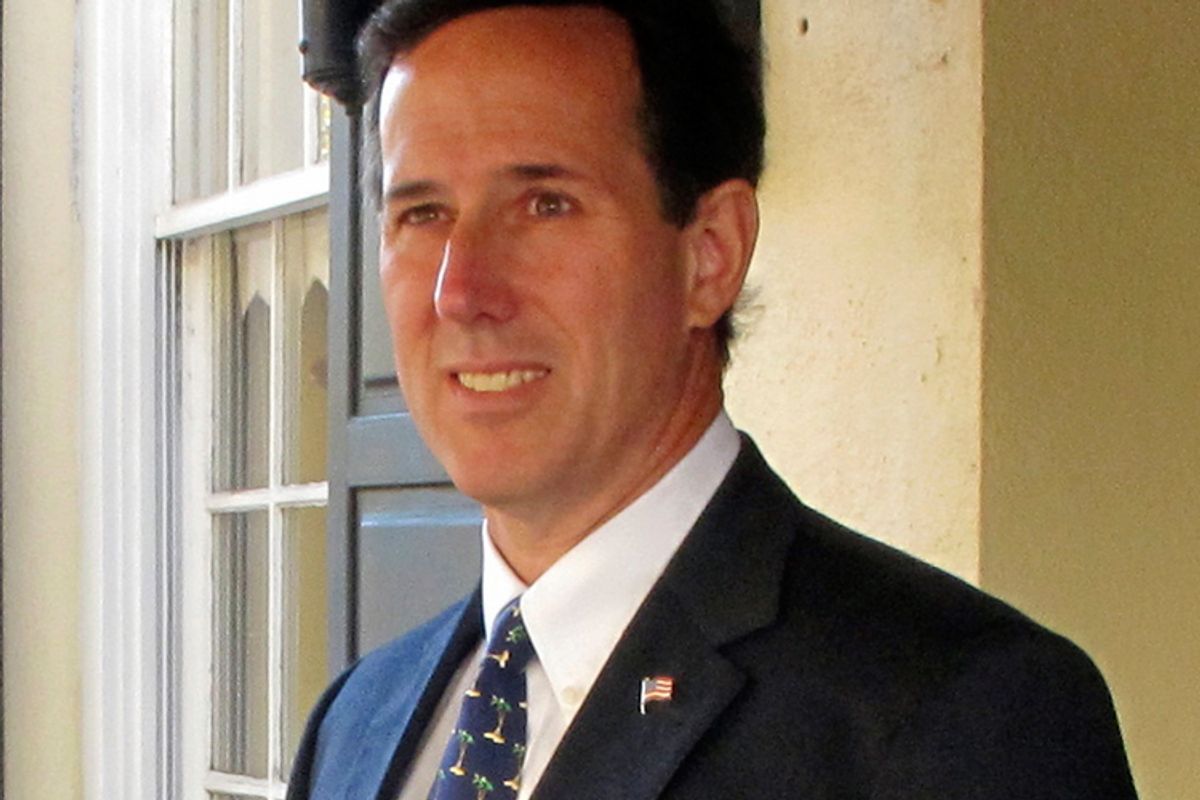 Rick Santorum successfully inserted himself into the news cycle today by saying something stupid and offensive about the president, race and abortion. The only thing most people remember about the two-term former senator from Pennsylvania is that Dan Savage turned his name into a filthy sex term, but he is still apparently running for president. And what better way to kick off the campaign than with a media firestorm over controversial comments?

On some sort of weird basement public access Christian talk show, Santorum said President Obama should support banning abortion because he is black.

Take it away, Rick:

"The question is -- and this is what Barack Obama didn't want to answer -- is that human life a person under the Constitution? And Barack Obama says no," Santorum said in the interview, which was posted online Wednesday. "Well if that person, human life is not a person, then, I find it almost remarkable for a black man to say, 'we are going to decide who are people and who are not people.'"

If you're not familiar with antiabortion rhetoric, this is probably all kinds of weird to you. Why can't a black person have an opinion about the personhood of a fetus? But Rick was just paraphrasing a very common antiabortion argument, so clarity wasn't really an issue: All the viewers of "OTJ With That Guy" would've known what Santorum was talking about.

As Dave Weigel explains, antiabortion activists consider themselves the abolitionists of the 21st century. The fight for fetal personhood is the modern-day equivalent of the fight to free African-Americans from bondage.

That explains his statement, but you are still free to find it incredibly insulting. Santorum, of course, reiterated his point in another interview with some Christian news service.

Today other human beings, the unborn of all races, are also wrongly treated as property and denied the right to life for the same reason; because they are not considered persons under the constitution.

The great thing about this argument, to me, is that it means fetuses have the right to bear arms.