Confessions of an ex-Vitaminwater employee

During my five years working for the company, I learned how to lie about nutrition to consumers -- with snark! 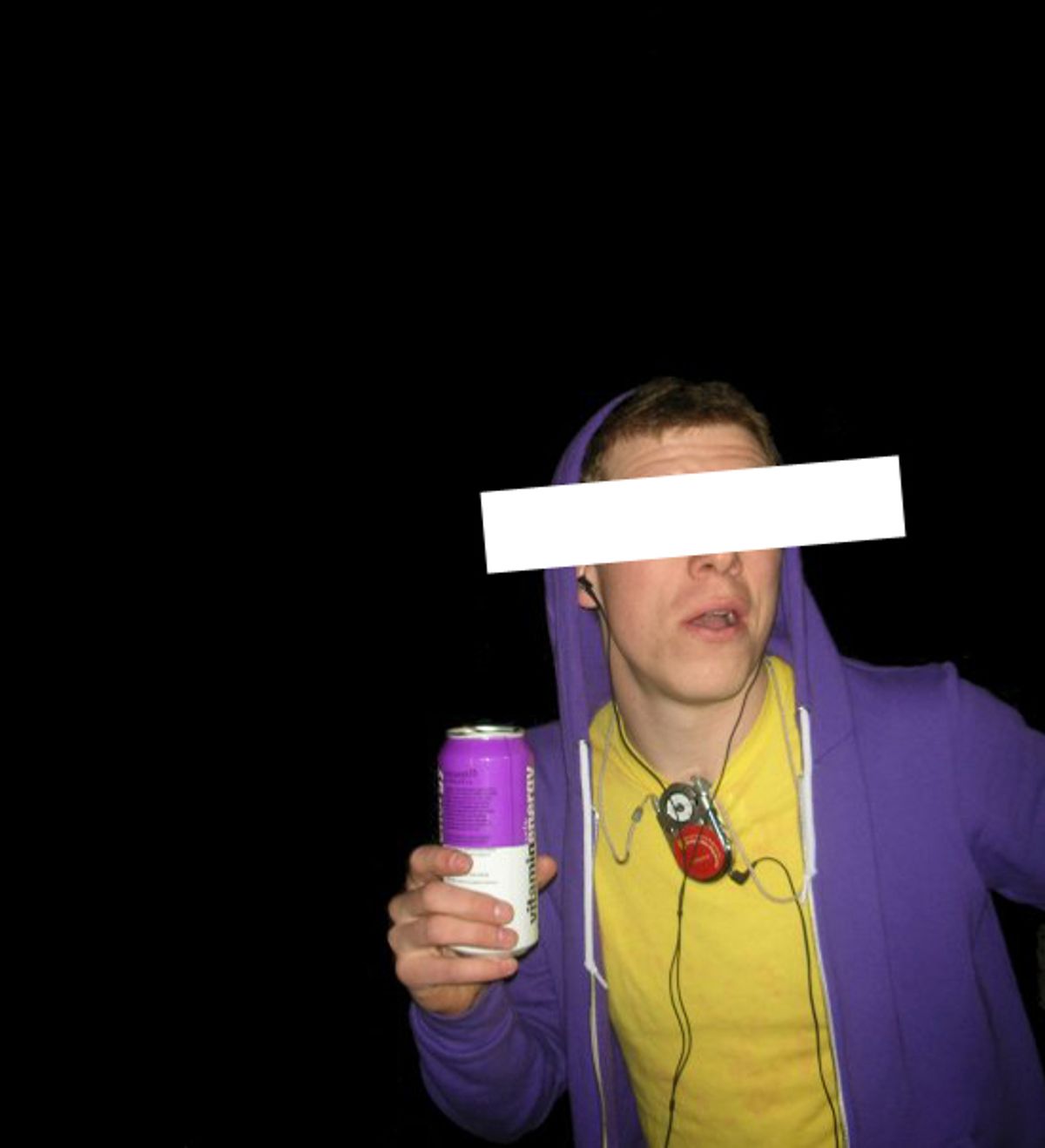 At the time this photo was taken, I was drinking at least three cans of (the now discontinued) vitaminenergy every day. That amounts to about a cup of sugar.
--

"Don't ever say 'free,'" my boss told me on my first day working for Vitaminwater. "The word 'free' devalues the product."

For the next five years of my life, I'd choose my words wisely at work. Marketing, I would realize, can be an almost poetic exercise. At least, that's what I told myself after writing literature papers on Saturday nights, when I'd wheel a cooler full of Vitaminwater from party to party on my college campus. I'd storm into dorms not as my sometimes disheveled self but as a Campus Brand Ambassador, a "complimentary" Vitaminwater dispenser versed in all the right answers to all the common questions.

Almost without fail, question No. 1 is: Are there actually vitamins in this? A close second: How many calories does it have? Which is basically the same question as: How much sugar does it have? Or: Is it supposed to be good for you? Nutritious?

Yesterday, the British Advertising Standards Authority banned a Vitaminwater ad for falsely advertising the answers to that last big question. The ad described Vitaminwater as "delicious and nutritious." The watchdog group reprimanded Vitaminwater's new-ish parent company, Coca-Cola Co., for calling a product containing as much sugar as a soft drink "nutritious." As long as the ad disappeared, the company would face no further action.

It's worth pointing out that Vitaminwater was an independent company the entire time I worked there. While many of the marketing strategies changed after the acquisition, the post-Coke Vitaminwater seems to be in the cross hairs more often. This latest shakeup is just another bullet point on a long list of infractions. Last year, food and nutrition writer John Robbins -- who is quite ironically the heir to the Baskin-Robbins ice cream super fortune -- published an incendiary blog post called "The Dark Side of Vitaminwater" that condemned the Coca-Cola Co. for how it handled one such lawsuit brought on by a nonprofit organization. And frankly, he kind of had a point, because Coke's lawyer's defense against claims that Vitaminwater falsely advertised being a nutritious beverage almost sounds like a joke: "no consumer could reasonably be misled into thinking Vitaminwater was a healthy beverage."

Well, I can't speak for Vitaminwater. I worked there a few years ago, probably signed a non-disclosure agreement, and frankly, don't have a bad thing to say about the scrappy, independent flavored-water company I worked for. Coca-Cola is a different beast, and statements like the above baffle me. The verbiage used provides some insight, though.

The events I set up to introduce the "complimentary" product to "consumers" tended to involve an "active lifestyle" and usually ended up being a lot of fun. When I talked to "consumers," I'd act "familiar" and sometimes even "snarky." If they asked about the vitamin content, I'd point to the nutrition label. When they asked about the calorie count or sugar content -- and almost everyone did -- I'd explain how it was a "good sugar," called "crystalline fructose," which is "the same sugar you find in an apple or orange." If they really pried and asked me if it actually worked, I'd parrot the company slogan at the time: "It works."

If Vitaminwater drinkers were misled, well, that was kind of the point. It's called "guerrilla marketing," a term best explained as using nontraditional tactics to developing a relationship between a brand and a consumer, sometimes subversively. (Think Che Guevara with a Harvard Business School degree.)

I put myself through college saying all the right things and helping to build a company I loved. I left just after my boss's boss's boss sat us down in a room and announced that Coke had bought Vitaminwater's parent company, Glacéau, for $4.1 billion, the biggest deal in beverage industry history. Some of my co-workers who'd been smart enough to secure equity -- unlike me -- bought houses overnight. I moved to Brooklyn, N.Y., and became a writer.

Do I drink Vitaminwater? Sure, sometimes. The fact of the matter is that it's delicious. It's also full of sugar but the pharmaceutical-like label somehow eases me into forgetting about the empty calories my body will soon be absorbing.

Do I think that the false advertising claims are valid? Probably, some of them. But, frankly, Vitaminwater contains less sugar than super nutritious things like orange juice. It's still sugar water, though, despite  how "good" the sugar might be.

Do I believe in the brand? Absolutely not. One thing Vitaminwater did nail, though, is the X-Files effect. People want to believe that Vitaminwater is healthy. The Harvard Business School-trained brand manager and architect of the company's strategy deserves some credit for (subversively) manufacturing false hope.

Call it false advertising, too, if you want.