What not to do after you fall into a fountain 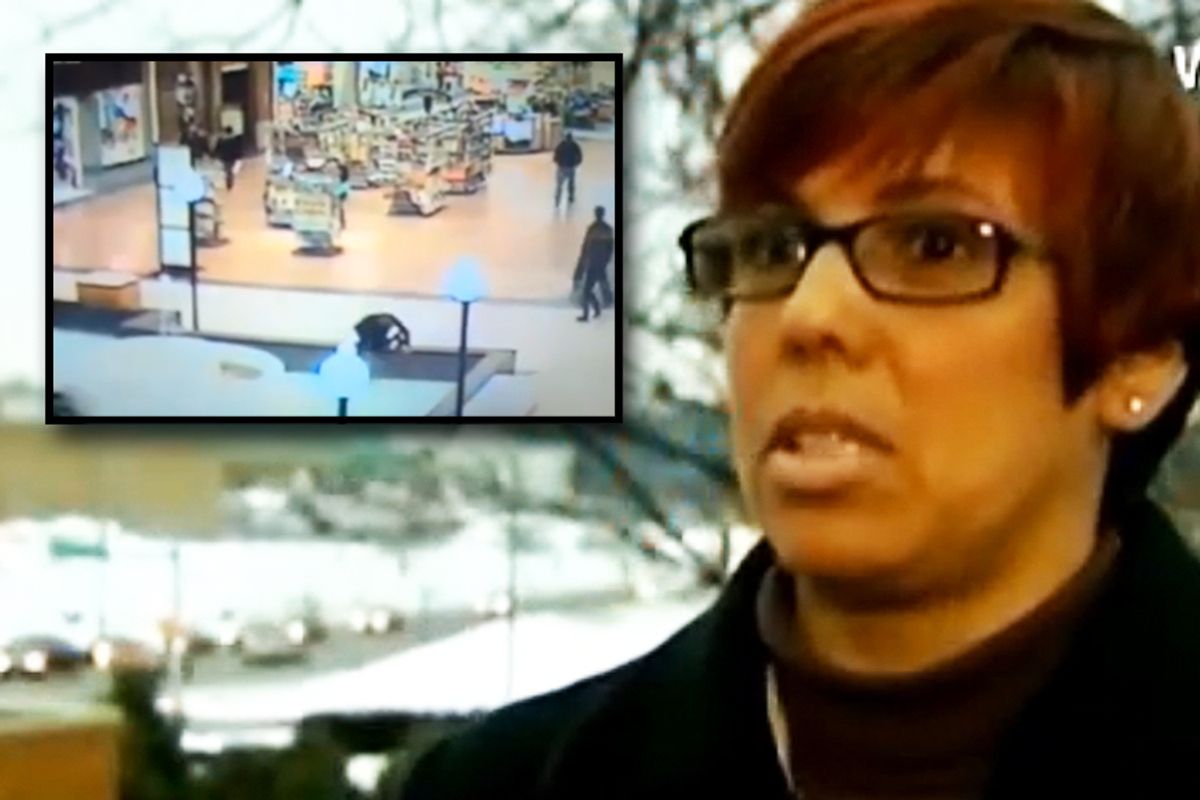 Her name is Cathy Cruz Marrero, but you probably know her better as the Fountain Lady. Last week, as she walked past the Piercing Pagodas and Radio Shacks of Pennsylvania's Berkshire Mall, engrossed in the act of texting, she plowed face first into a fountain. And because this is 2011 and every minor public mishap is not just recorded but broadcast, it didn't take long for the security camera footage -- replete with the delighted giggles of mall security and their enjoyment of the spill from two different angles -- to make its way to YouTube.

Nearly 2 million views and thousands of comments about the "idiot lady" later, Marrero is learning firsthand that not all viral sensations wind up with job offers  and guest shots on George Lopez. Instead, her 15 seconds of walking, falling and getting her soaking-wet self out of the water have made her a worldwide punch line. Or as a mall security person narrated, "Aaaaand …. boom!"

At this point, Marrero could have shrugged the whole thing off and accepted her place in the hall of YouTube infamy next to Star Wars Kid and Grape Lady.  Instead, she got mad. On "Good Morning America" Thursday, Marrero, who works at a store at the mall, sat with her attorney and appeared to be fighting back tears as she noted that the world has been "having a great laugh at my account." She admitted she had been "embarrassed" after she took the spill, but the bigger issue for her seems to be the utter lack of compassion the entire incident has generated ever since. "Nobody took my feelings into consideration. Nobody called, are you OK? Nobody went to my aid. Not one single person." On the video, her fall and recovery happen so quickly, it's easy to assume none of the shoppers even noticed. But that doesn't explain the security team hooting, "Play it back! Play it back!"

Marrero may well have good reason to be wary of the sudden spotlight: After her "GMA" appearance, she was in court Thursday regarding charges that she used a co-worker's credit card to rack up over $5,000 in bills at two local stores. Marrero's lawyer says, "Her prior personal affairs have nothing to do with what happened to her at the Berkshire Mall and the video that has been posted," and told George Stephanopoulos this morning, "We intend to hold all responsible parties accountable, whether that means requesting or demanding an apology, certainly requesting an explanation of how this happened, and certainly we want to know the identity of all persons responsible for making the video public."

These new twists certainly aren't endearing Marrero any further to her Internet fans. YouTube commenters have been flocking to the clip all day, asking, "Why is she suing? To be an attention whore some more?" And indeed, appearing on "GMA" is probably not the fastest way to make this whole thing disappear. But to everyone who owns a phone, I say, ask not for whom the shopping mall fountain waits, it waits for thee.

Did Marrero need to be texting her friend from church about her birthday that fateful Wyomissing day? Of course not. Should she have been on the ball enough to realize that she was about to eat a faceful of cast-off pennies and wishes? You bet. But if you have never once glanced at your mobile device while engaged in other activity whatsoever, congratulations. You're in a small, exceptionally rare population, like people who pay to see Nicolas Cage movies. And while it's easy to point and laugh at Marrero -- hey, falling down is a reliable laugh getter -- it's worthwhile to ask whether the employees of a shopping mall should be spending their time deriding their patrons and disseminating their spills.

Remember the outrage (and yet, somehow, total surprise) when the pizza jockeys at a Domino's put a little something extra in a sandwich? Sure, nobody at the Berkshire Mall security was handling your lunch today, but when a simple, random moment of carelessness becomes an international joke, it's difficult not to find a disproportionate amount of cruelty there. Marrero did what millions of people -- with and without cellphones -- do every day. She just didn't watch where she was going. She compounded her offense by not having a sense of humor about being mocked by the Internet community. Seems to me the greater portion of contempt should be reserved for the mall security team who took such astonishing relish in her fall, and the YouTube commenters suggesting "the mall should be suing you for contaminating the fountain." Because while Marrero may not be the most sympathetic person to ever take a fall, she's far from the only one. And that's something to consider the next time you suddenly find your own butt over your head.